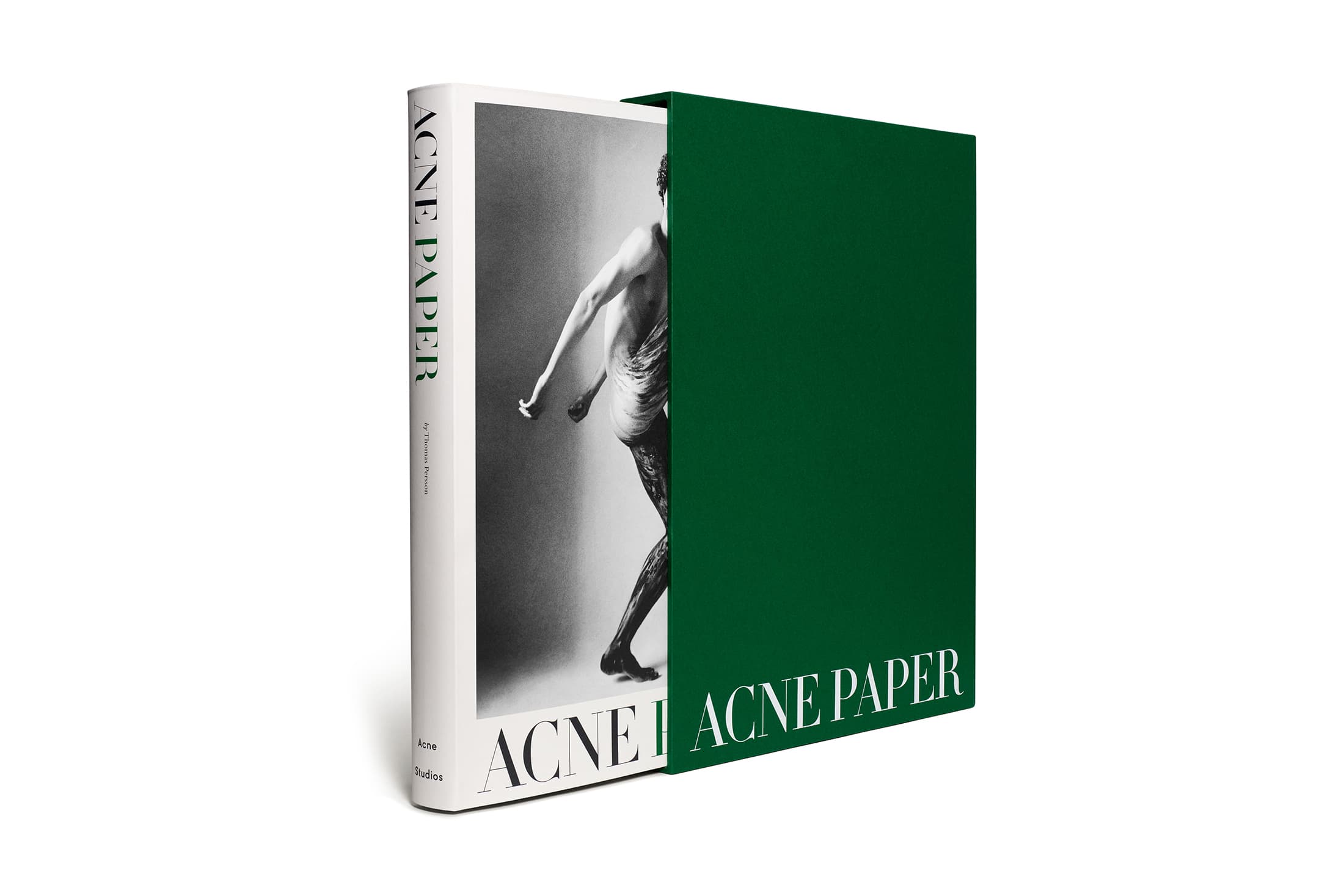 Acne Studios relaunches the Acne Paper book. It has been confirmed the magazine will return to print this Fall, although an official release date is yet to be announced.

Conceptualized by Acne Studios founder and creative director Jonny Johansson and edited by Thomas Persson, the book was formerly a biannual magazine, that ran from 2005 to 2014. With an editorial mix of photography, art, literature and journalism, it was known for its refined art direction and high production value.

Persson mused, “Acne Paper was a lovingly crafted magazine where many talented people came together. Each issue involved individuals from all walks of life, personalities whose cultural backgrounds or areas of knowledge had probably never been featured in the same publication before.”

Established photographers such as David Bailey, Saul Leiter, Sarah Moon, Snowdon, Irving Penn and Paolo Roversi are featured, as well as crop of “next generation” photographers including Roe Ethridge, Jamie Hawkesworth, Julia Hetta, Viviane Sassen and Sølve Sundsbø. Christopher Smith also shot self-portraits for the cover as well as interpreting all previous 15 issues within the first and final pages of the magazine.

All Smith’s images in the issue are being exhibited at an Acne Studios pop-up gallery in Paris through July 10th. The brand celebrated the relaunch and the exhibit with a cocktail party in the space, which will soon become a new Acne Studios storefront. The evening included creative industry members and friends of the brand, alongside Johansson and Persson.

Johansson said of the magazine, “Acne Paper. I would not have dared starting it had I known how it would turn out, how many fantastic people and wonderful creative encounters I would experience. And had I known how much I would miss it, I would never have stopped.”

The Acne Paper book is available to purchase on the brand’s website for $110.