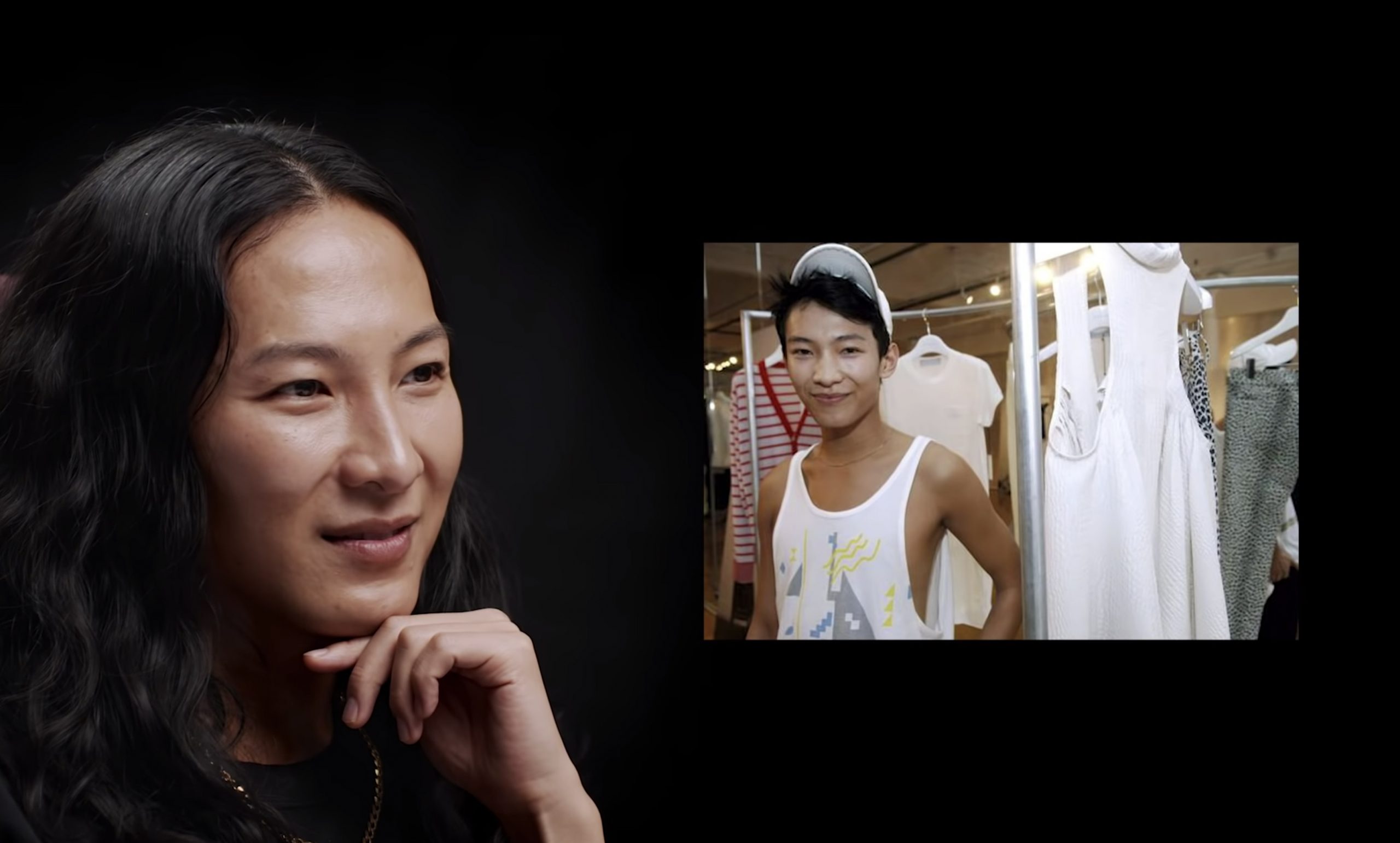 A Trip Down Memory Wang

Alexander Wang presents “A Trip Down Memory Wang,” a short film in which the iconic designer discusses his history in the industry.

Arguably the most successful designer of his generation, Wang burst onto the New York fashion scene at a young age, and has only gotten bigger since then. Now, more than a decade later, he sits down to discuss some of the moments that shaped his career. He is presented with a series of photographs and videos of memorable events throughout his time as a designer, from his early days beginning his own label to his time with Balenciaga, and all the way up to his most recent show. Unaware of exactly which memory will come next, Wang reacts with a candid honesty and humor, laughing at his younger self’s stylistic choices or smiling as he reminisces on one of his label’s legendary afterparties. Casually intimate and fun, the film offers an exciting glimpse at how an influential creative figure understands their own history and the potential of the industry’s future.

Simple in concept and execution but thoughtful in its accessibility and impact, this project shows smart thinking as a way of connecting a brand with its consumers. With relatively low cost the brand has created engaging content that it can release directly through its own platforms, its website and social media. Any designer could participate in such a project, and it is exciting to think who will follow Alexander Wang’s brilliant lead. To get such a direct look at the life and work of such an iconic creator is enlightening and inspiring.