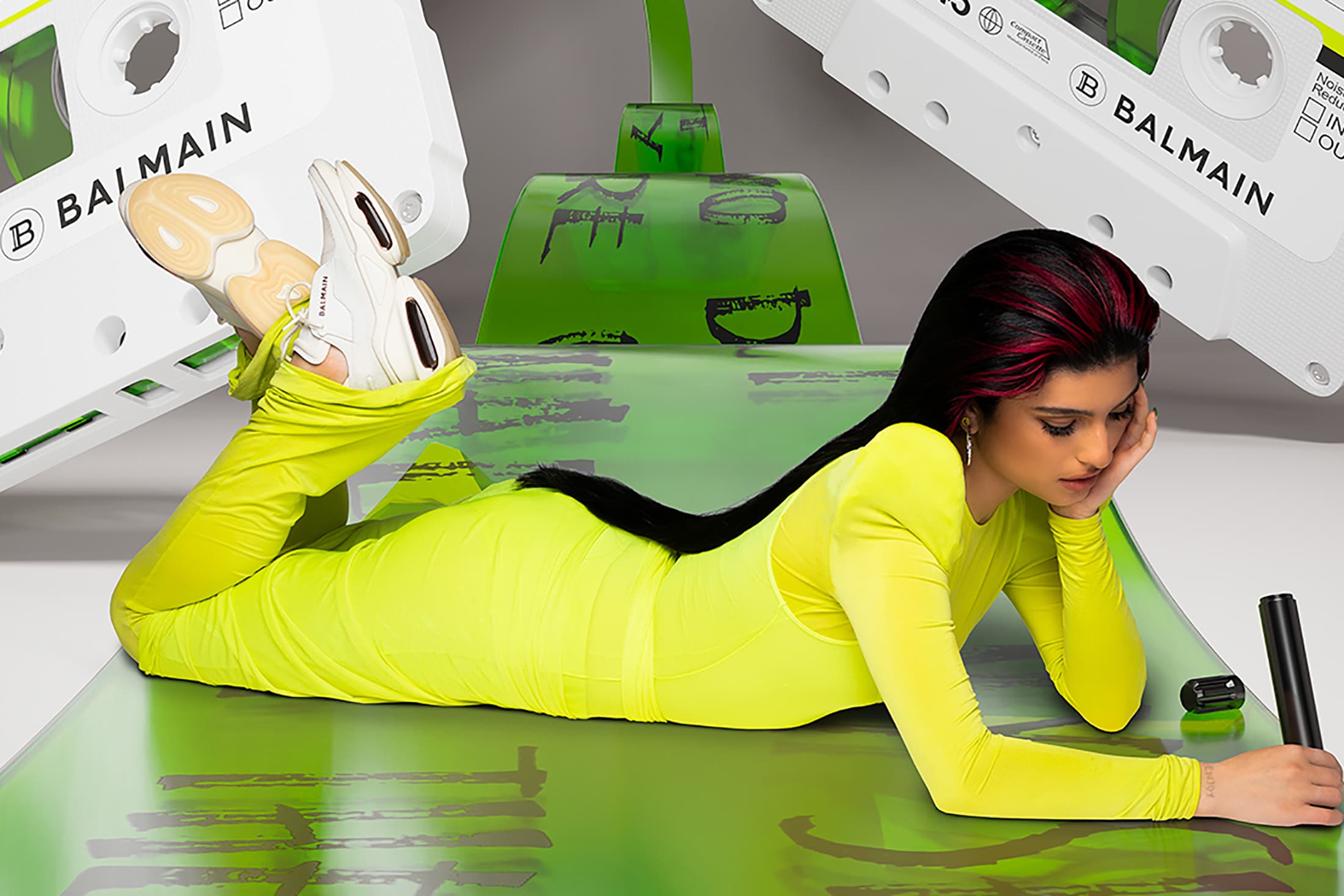 Sneakerheads got great news today as Balmain released it will soon be unveiling the Balmain Sneaker Hub. The new mini-site allows fanatics the quickest access to all the latest news and updates from Balmain creative director Olivier Rousteing and his team. The site will be a content-heavy site and feature musician Renforshort for the launch.

Renforshort is an up-and-coming Canadian singer-songwriter prized for her smoky voice, provocative lyrics and songs that range from pop and alt-rock to punk. The mini-site will feature images of her wearing the latest B-Bold sneakers in a series of “digital art creations” by Berlin studio Sucuk und Bratwurst. Also for the launch, Rousteing and renforshort co-curated a special update to the Balmain Signature playlist on Apple Music.

Rousteing has hinted that more innovations and surprises are planned for future, as Balmain’s Sneaker Hub will include a host of inventive shootings, videos, playlists and inspirations from key partners, including Hypebeast.

Each new collection from Rousteing and his sneaker team relies on the latest tech and design breakthroughs. Rousteing admits that perfecting those advances and discoveries hasn’t always come easy. In order to reach his sneaker goals, he often pushes himself and the Balmain craftsmen, calendars, budgets, and manufacturers to the absolute limit.

The luxury sneakers reflect the graphic codes and hardware of Rousteing’s runway, as well as the diverse influences of each collection, including music, military and classic French style codes. The sneaker collection also mirrors Rousteing’s own personal style, as he wears the sneakers daily.

The mini-site is yet another example of how Rousteing pushes Balmain in new and successful directions. Pierre Balmain could not have predicted when he opened his couture house over 70 years ago, that one day they would be selling designer sneakers – no less sneaker collections that continuously sell out.