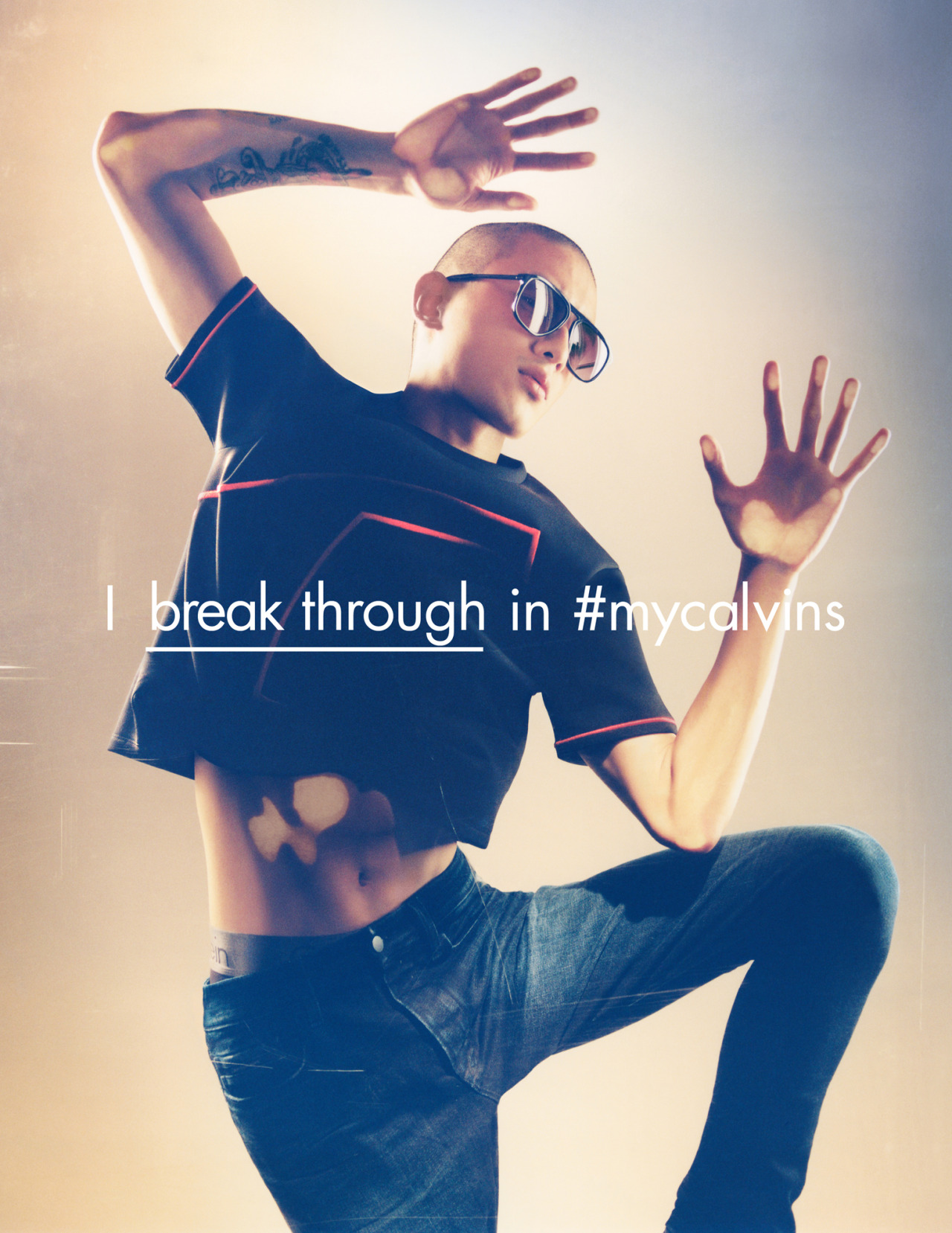 BY KENNETH RICHARD | The Impressionist

Ever since Brooke Shields uttered the most iconic tagline in fashion, the design house, as well as the industry as a whole, has been at a loss to strike gold twice. Today, however, the house of Calvin Klein has found something else perhaps more valuable, something more in tune with the times, something more embraceable. That something is participation.

With the launch of their latest Spring 2016 Calvin Klein ad campaign, the house has expanded upon their #mycalvins, launched with their underwear and jeans, to a new call to action, “I _________ in #mycalvins.” The blank is a verbal invitation, if you pardon the pun, to find a verb for yourself and the brand, moving from a passive to a proactive voice not heard since “I want my MTV.”

“This campaign is representative of how culture is evolving as we speak. We’re bringing together a diverse mix of provocateurs with a unique collective of visual artists to create content that sparks and drives cultural conversation,” says Melisa Goldie, CMO of Calvin Klein, Inc.

Millennials reject labels when it comes to their own identities, and they want products that are personalized and individual, which we’re achieving as Calvin Klein moves toward further establishing itself as a lifestyle-centric global brand. To do that, we have to recognize that people don’t want traditional one-sided advertising anymore. Instead, they want to participate in campaigns that capture their imagination.

That imagination is being sparked by an all-star cast as well as a variety of images captured by a variety of lensmen. The campaign was spearheaded by avant-garde photographer and filmmaker Tyrone Lebon, who collaborated with fellow photographers Harley Weir, Jamie Hawkesworth and Tobin Yelland, as well as Calvin Klein veteran photographer David Sims. Lebon’s father and brother, veteran photographer Mark Lebon and emerging filmmaker Frank Lebon, worked together with Tyrone as a family to capture the global campaign from a documentary perspective.

The campaign has a unique media mix across 26 global markets comprised of digital, mobile, print, and outdoor advertising. The house has partnered with Dazed, leveraging their print and digital properties, culminating with the launch of the annual Dazed 100 list during New York Fashion Week. The brand has also joined with music platform Spotify on a cross channel and immersive program that offers users of the music and video streaming service a dedicated branded profile page with custom playlists with Calvin Klein content.

The advent of big thinking, disruptive creative and a unique media mix has promoted The Impressionist to realize “I love recognizing the smart thinking behind Calvin Klein ads in #mycalvins.”