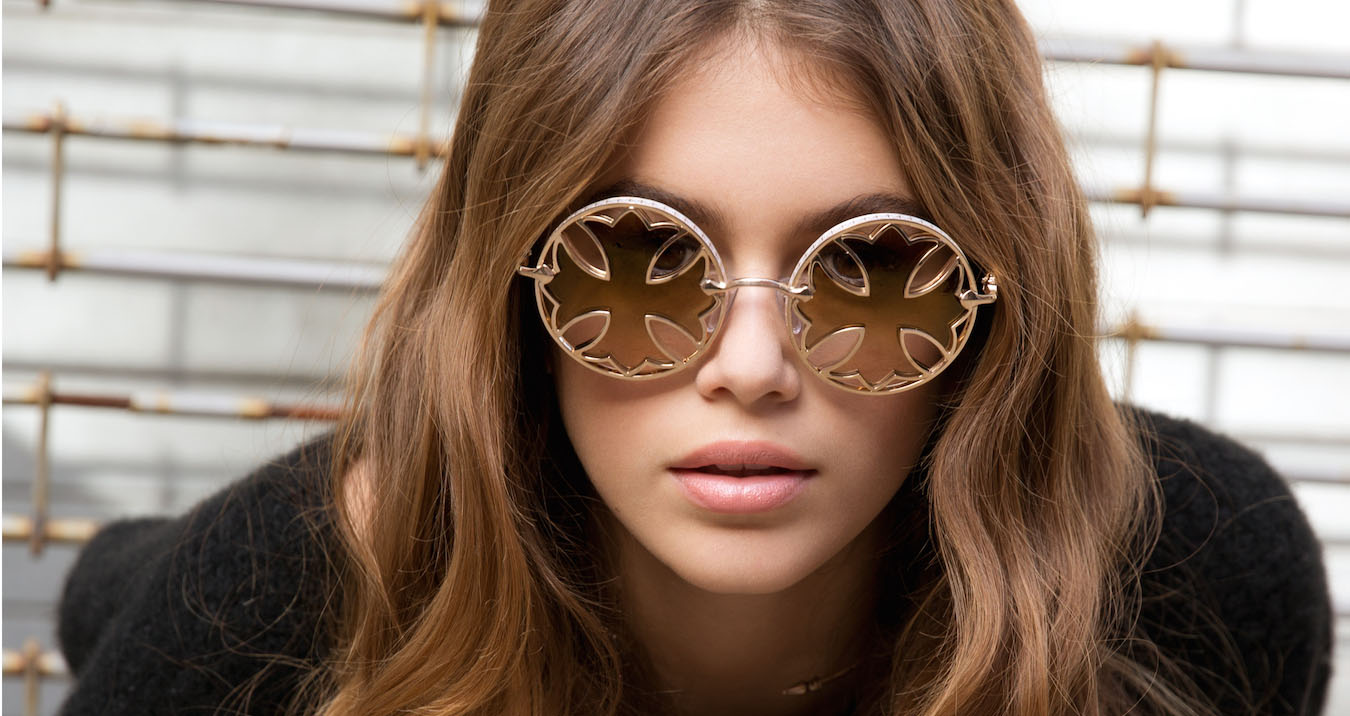 There was a moment in the early 90’s when LA based Chrome Hearts was the accessory label to watch, cracking open accounts such as Barneys New York, launching their own upper east side boutique, and winning the Accessories Designer of the Year award from the CFDA.

So it is only fitting that the brand in the midst of a relaunch has found itself linked up with another offspring of the 90’s, LA based Kaia Gerber, 14 year-old daughter of supermodel Cindy Crawford and Randy Gerber.

Gerber certainly has the linage and the connections to become as popular as Kendall Jenner and Gigi Hadid. But connections will only get you so far. As her mother will attest to the other variables will require professionalism, work ethic, and the love of the camera. Fortunately she passes the camera litmus test on the latter as her recent cover on Paris Vogue and this campaign proves. Kudos goes to company’s co-owners and photographer Laurie Lynn Stark who lenses the campaign for not creating a “Pretty Baby” á la Brooke Shields moment here.

As for the setting, the campaign was shot against the industrial backdrop of the soon-to-open new Chrome Hearts flagship in New York. The Impression loves a full-circle story and a brand that knows how to polish up its chrome and embrace its heritage.