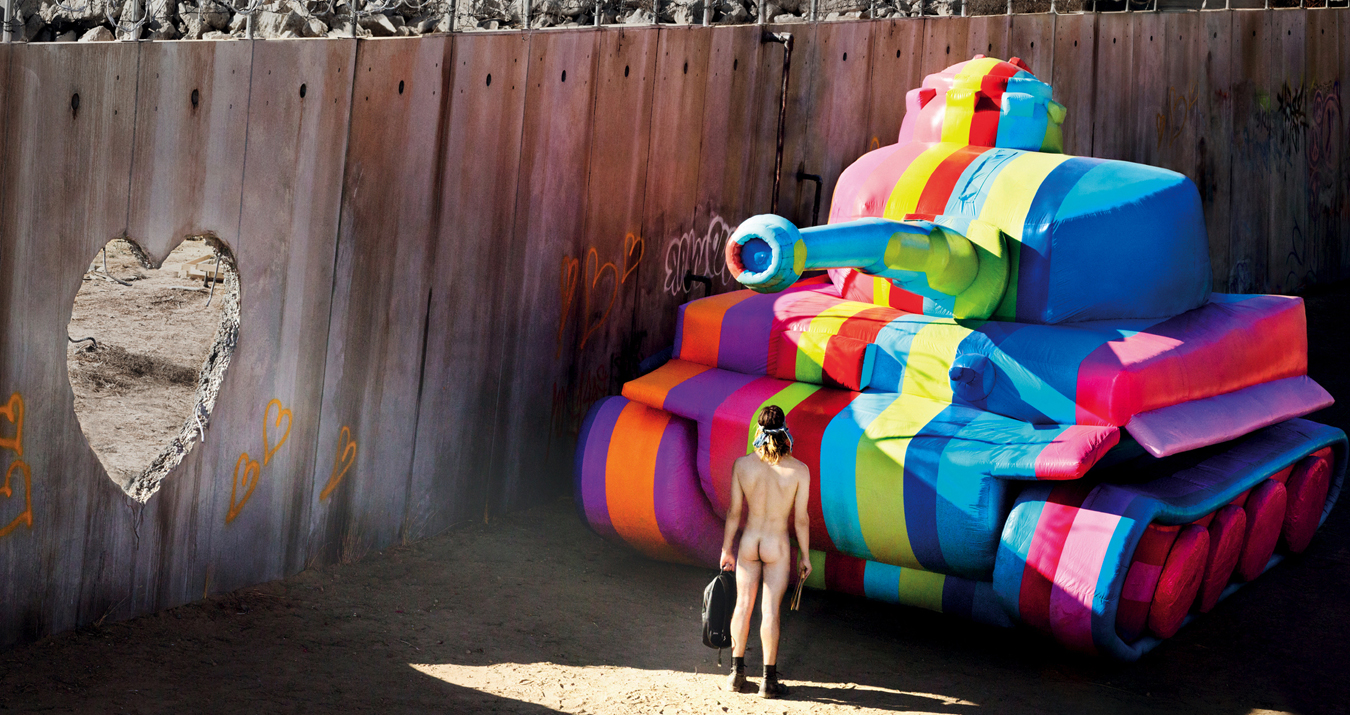 Big ideas are in high demand and short supply these days as brands and agencies adjust to the digitally influenced challenge to create concepts with legs. Time and again creative directors speak of the difficulty in developing a concept that allows for narrative that can last for more than an instant in social, engages consumers, becomes ‘viral’, and can translate well to the traditional mediums of print, outdoor, and film.

This season Diesel, lead by Creative Director Nicola Formichetti in tandem with Jacob Wildschiødtz of NR2154 and agency Anomaly, has once again built one of fashions most dynamic 360 programs with the launch of their ‘Make Love Not Walls‘ campaign. The campaign drives with all cylinders by striking a chord of political truthfulness that is easy to embrace, conversational on social, and drives unity via positive messaging.

The campaign filmed by photographer-turned director, David LaChapelle sets the stage for the overarching seasonal narrative. The film begins in a landscape similar to the US southern boarder with a shirtless revolutionary, played by Ukranian ballet superstar Sergei Polunin, as he comes to a border wall topped with barb wire. In his search for symbolic freedom he tosses a white flower over the wall. On the other side the flower is picked up by a Diesel-clad blond who tosses it back over the wall. A cast proceeds to break through the wall so our romantic leads can unite while another couple decides to hold an impromptu wedding. In the end the cast unites around an oversized rainbow colored balloon in the shape of a tank. The message is clear that love has the power to break barriers and unite.

That unity comes together for the brand in the genius of the rainbow tank prop. The prop itself is a bit of a nod to individual defiance tipping its hat to the unidentified man who stood in front of a row of tanks in June 1989, the morning after the Chinese military had suppressed the Tiananmen Square protests. As the tank maneuvered to pass by the man, he repeatedly shifted his position in order to obstruct its attempted path around him. The image became iconic, speaking to the strength of an individual in the face of oppression. Converting the object of oppression to a symbol to rally around is the perfect transformation of negative to positive and nails the messaging of the campaign. Lifting the rainbow tank from the video as a brand ambassador, the Diesel team moved to activate in the real world as the tank makes stops in London, Milan, Panama City, Prague, Berlin, Shanghai, Tokyo, and New York. Within each town the tank rest in a square allowing for fans and bypasses to engage with it and share that engagement on social. And the tank wasn’t the only element of the program as Diesel took #MakeLoveNotWalls literally by teaming with artist in cities like Paris to build colorful wall artwork that drove to not only social but in-store.

The campaign couldn’t be better conceived or timed be it for the consumers or the industry. Because ‘Tearing down walls’, be it across the aisle politically, across the world socially, or across mediums creatively, is an idea that all of us should embrace.