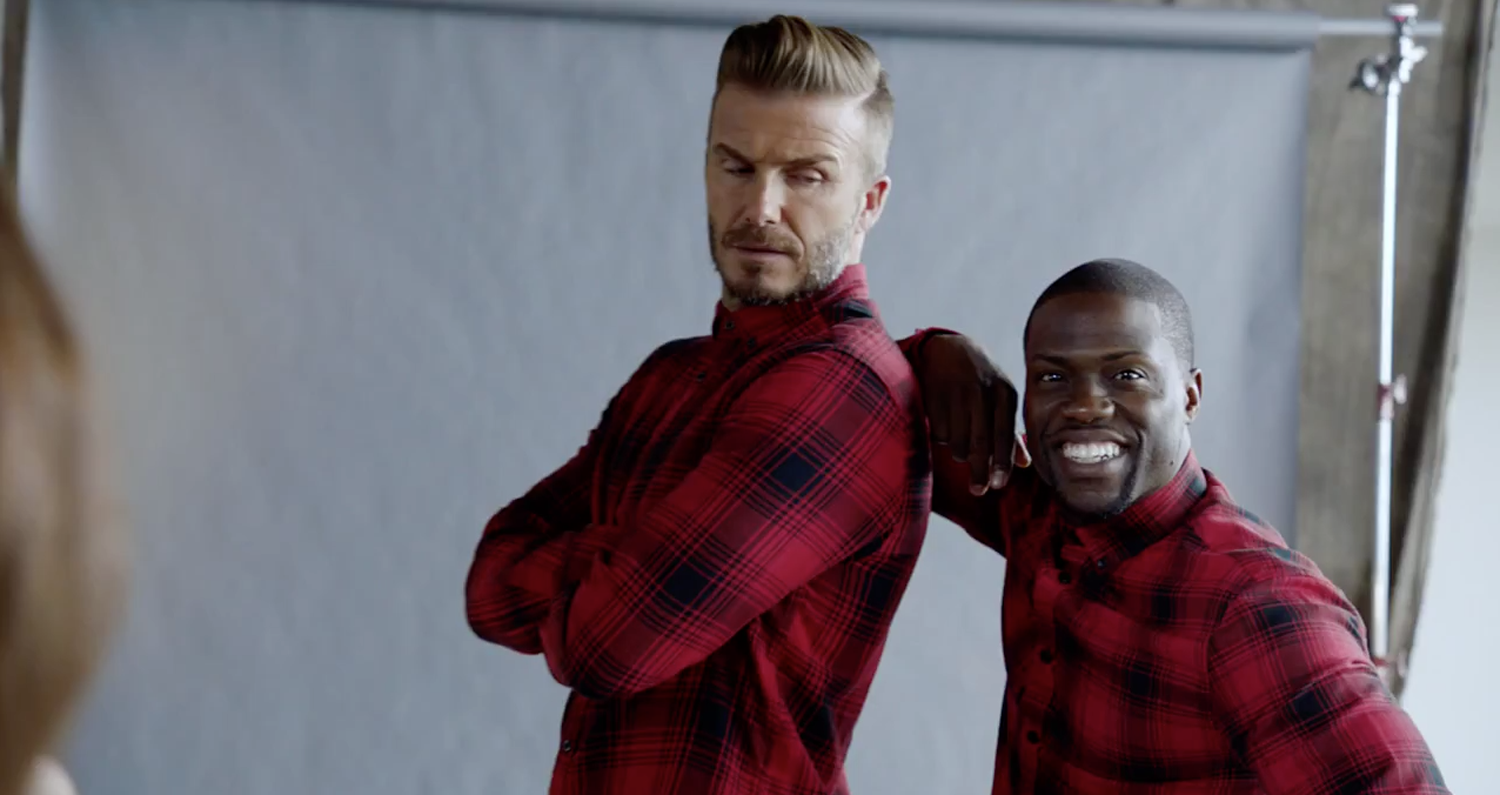 This ad takes clever, and hilarity, to a whole new level. Kevin Hart wants to play David Beckham in a new upcoming movie called iBeckham, so he follows David around trying to learn his mannerisms and behaviors. Every good actor knows that method acting takes extensive research, Kevin Hart just gets a little more extensive than most. Living in David’s house, sneaking into his bedroom to sleep next to him, answering phone calls from Mum, and even stealing his toothbrush. The director, Fredrik Bond, did a fantastic job guiding the character Kevin was supposed to portray, and Beckham plays the perfect straight man to Kevin’s more eccentric character.

The concept of this ad is genius, and the fact that they were able to create a nearly 7 minute ad that people want to watch is amazing. The clothes are showcased, but not in an in-your-face kind of way. Showing off the clothes on tall dark and handsome Beckham, and on small dark and handsome Kevin Hart shows how versatile and easy to wear they are for everyone, another genius move. The tagline “It’s all about getting the essentials right” has the perfect double meaning, since it works both with acting and how important it is to get the small details down when portraying someone, and with clothing since it’s the details that make clothes go from good to great. The Impression applauds Fredrik Bond’s ability to create an ad with such a subtle double meaning, and with such outright humor.

Unfortunately, David Beckham isn’t getting his own movie, but if he ever does, The Impression knows who they’re campaigning for to bend it like Beckham.