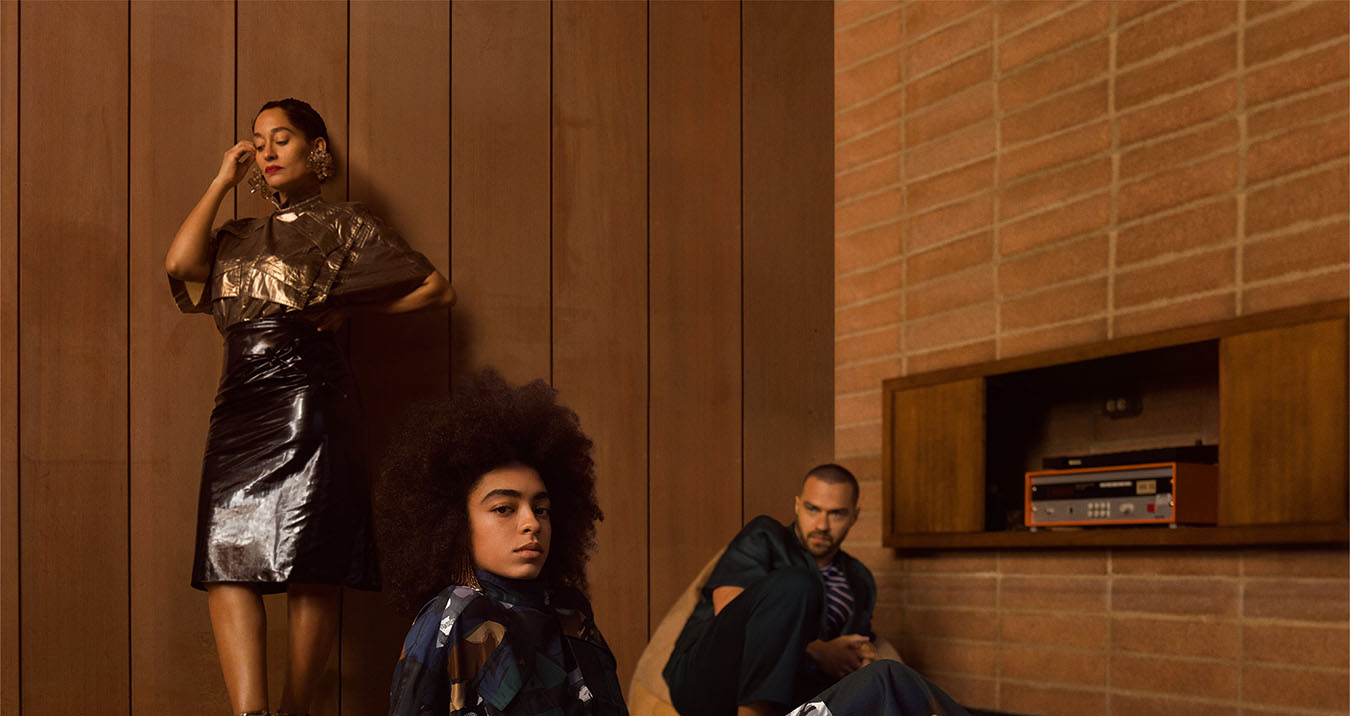 Kenzo’s Music is My Mistress, by Kahlil Joseph is Cinematic Art

The new short film from Kenzo led by creative directors Humberto Leon and Carol Lim is a twelve-minute work of cinematic art titled “Music is My Mistress.” The film is directed by Kahlil Joseph, the visionary mind behind Beyonce’s acclaimed visual album Lemonade and Kendrick Lamar’s video installation m.A.A.d. Like the director’s other works this film is a non-linear creation of visual artistry that eschews narrative conventions in favor of using craftsmanship and style to bring fragmented pieces together with music as the focal point. The result is a film that is both visually and sonically striking while simultaneously being one of the most unique and inventive fashion motion pictures we have ever seen.

The film immediately shows its true colors and intentions with a rating screen that describes the film as being rated-R for strong language and “overt blackness.” It stays dedicated to this assertion with an all black cast starring Tracee Ellis Ross as a woman referred to only as “The Princess” and Jesse Williams (of Grey’s Anatomy and The Butler fame) as a man who appears to be looking for her. The other two stars of the film are musicians featured as both actors and performers with a song from each serving as centerpieces of the film. One is the immensely talented young cellist and singer-songwriter Kelsey Lu whose song “Morning After Coffee” closes out the film while also having its instrumental recur throughout while the other is rapper Ishmael Butler (credited only as “Ish”) whose contribution comes in the form of his band Shabazz Palaces’ song “…down 155th in the MCM Snorkel.” The opening lyrics of this song “escaping the bleak, pursuing a feeling” serve as a motif throughout the film.

“Music is My Mistress” is a resounding victory for representation and diversity as well as creativity and virtuosity in the industry with the amazing talent behind the film treating us to a spectacle of both sight and sound. The film primarily follows Jesse Williams as he searches for “The Princess” while alternating between this journey and shots of Kelsey Lu and Ish driving together and making music separately. Eventually Williams’ character comes to The Princess’ guest house which appears to have been also used by Lu and Ish to craft their sonic marvels. The Princess seems to be a personification of the wonder and beauty of music itself with Williams’ journey being one to find the true soul of music and connect himself to it. All the while we are treated to some stunning direction and filmmaking featuring some great looks from Kenzo.

The film is a breathtaking, astounding exhibition of music, fashion and cinema that is intensely thought-provoking, sticks with the viewer and leaves them contemplating its images long after it ends. It is completely unique even when compared to Kenzo’s previous films and really the only video that even warrants a comparison to it, is the director’s previous work on Beyonce’s Lemonade. Like that masterpiece this film features a fragmented, puzzled together structure, a distinct visual aesthetic featuring continuous shifts between black and white and color, and an intense focus on the beauty of both music and blackness and how the two connect to one another. A quote featured in the film from filmmaker Djibril Diop Mambety states “I believe that Africans, in particular must re-invent cinema.” This quote holds a striking amount of truth in connection to this film as Kahlil Joseph and his talented cast look to change the worlds of film as well as music and of course, fashion.