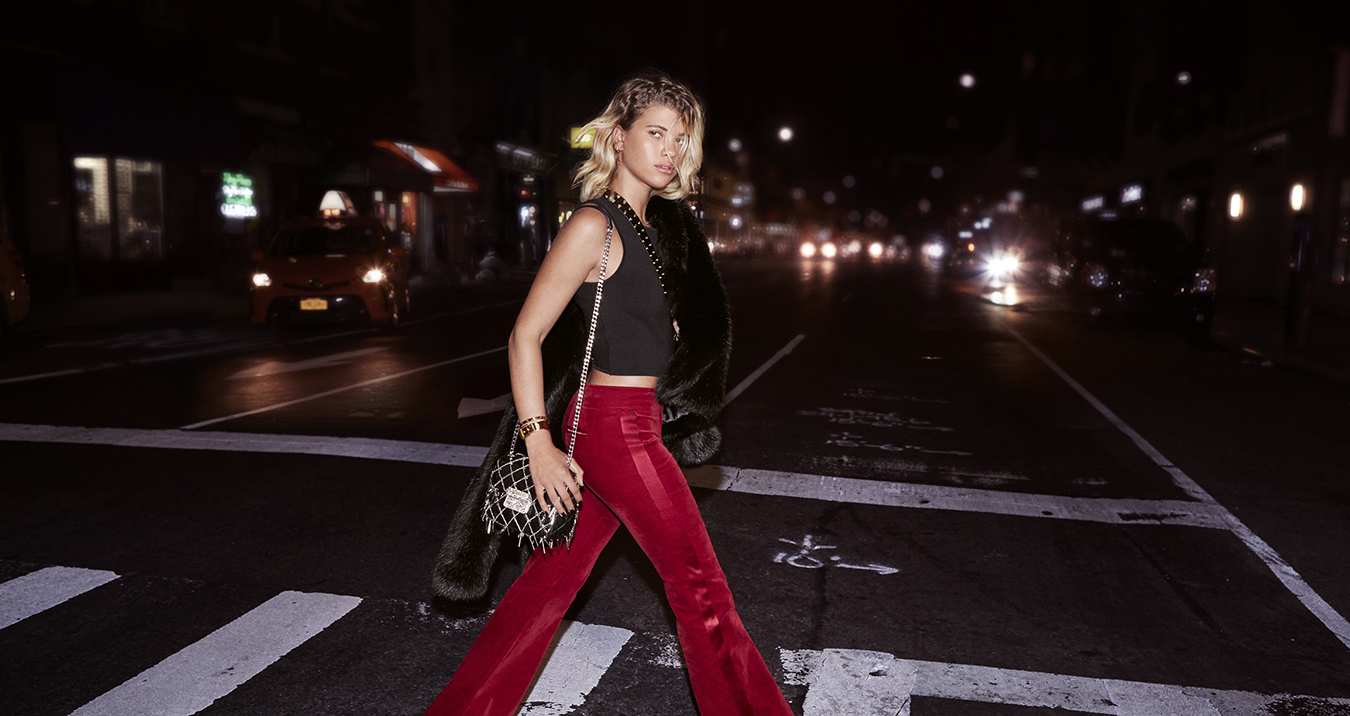 Kors continues with bright lights and city sidewalks with the release of his new holiday campaign, The Walk. Street style photographer Tommy Ton, shot the campaign across New York City, giving us a raw and edgy element through his lens.

The campaign featured runway models Ming Xi and Sofia Richie as well as street style stars and DJs Simi and Haze Khadra; who were meant to redefine the meaning of what it is to be an It girl.

The holidays are all about shine and celebration, and the fabulous young women we chose for The Walk really set the tone and spirit of the party season.

The main focus of the campaign is this season’s It bags that each girl is holding. These key Michael Kors handbags have day-to-night appeal and come in an array of customizable options. The luster for these hot handbags won’t end after the holidays are over.

Kors went a step further with the campaign by collaborating with a social technology platform called Sprinklr, that allows fans to engage with the campaign. Through Instagram and Twitter fans can post what Michael Kors outfits they are wearing, using the hashtag #SidewalkSpotted. Kors not only builds a successful ad campaign with The Walk but also a way for consumers to directly connect with the brand, literally bringing his campaign to the streets.