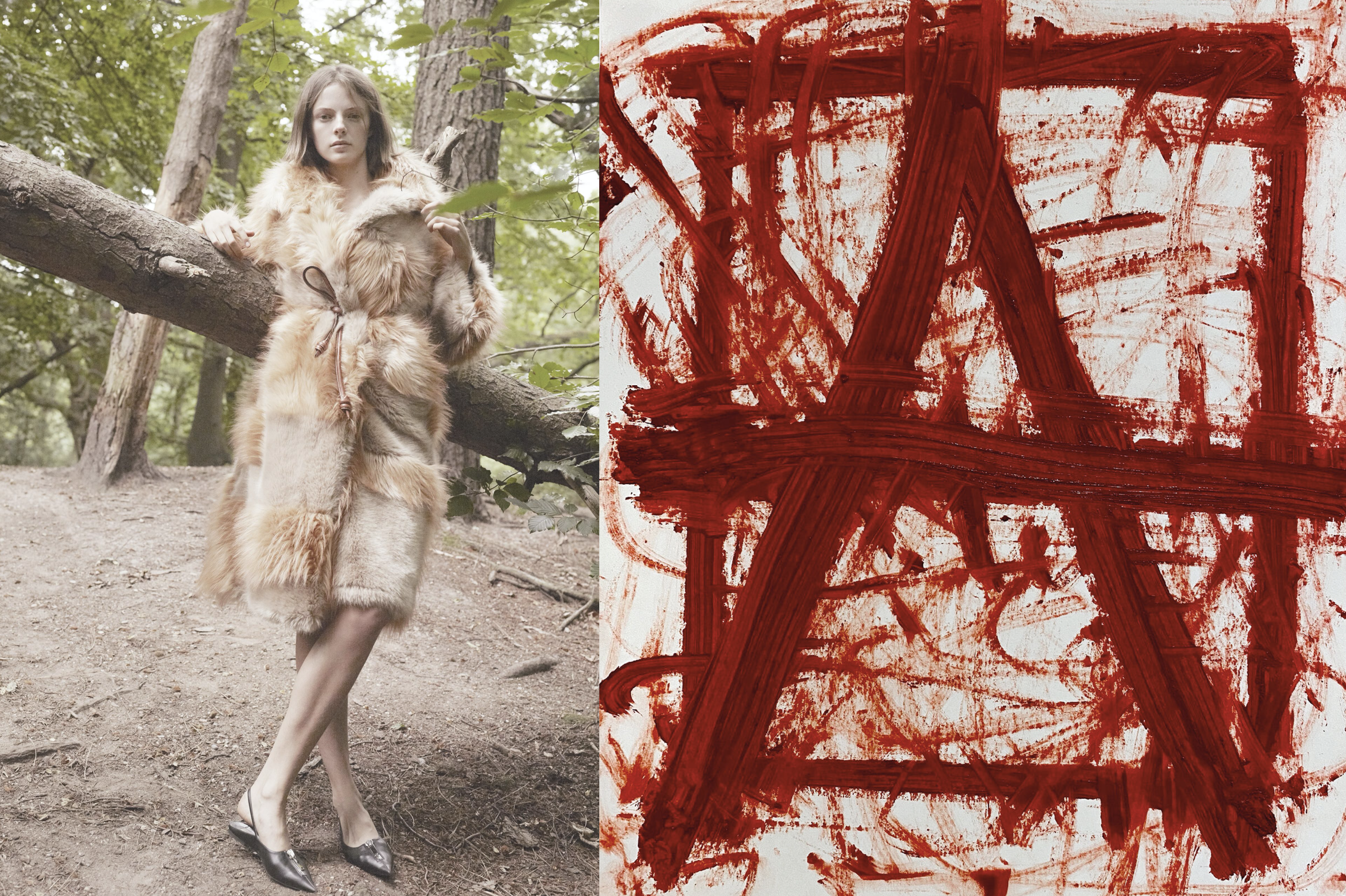 Stella McCartney gives us a lesson in the ABC’s of style.

The British designer’s eponymous label just dropped an artful and collaborative new campaign for Spring 2021 that functions as a manifesto of their current work and commitments for the future.

During our moment of global pause brought on by the pandemic, McCartney examined and reconsidered everything her brand does and how she wants to guide it into the future. She emerged with an alphabetical list of values, 26 words which function as guiding lights for the brand’s creative process. The spring campaign brings in a large and exciting group of artists to create a piece representative of each letter and the idea it stands for.

From the pop art of Peter Blake and Jeff Koons to the photographic playfulness of Alex Israel or Cindy Sherman, there is a diverse and beautiful range of artwork on display. Some of the pieces make obvious references to the word they are inspired by, while others feel more expressionist or interpretive. Each letter is paired with a photograph of the collection by iconic duo Mert and Marcus.

Expressive and emotional, these fashion photographs already feel like much more than mere lookbook imagery – they could have formed a strong campaign on their own. That they are thoughtfully combined with an expansive and conceptual range of artwork, however, makes the campaign feel really special. Altogether, it functions as a powerful statement that a brand can and should be much more than selling a product – that a brand must question its values and constantly strive to enact them.

Stella McCartney is doing impressive critical and creative work, beautifully affirming and furthering their values of feminism, environmentalism, and a whole lot more.