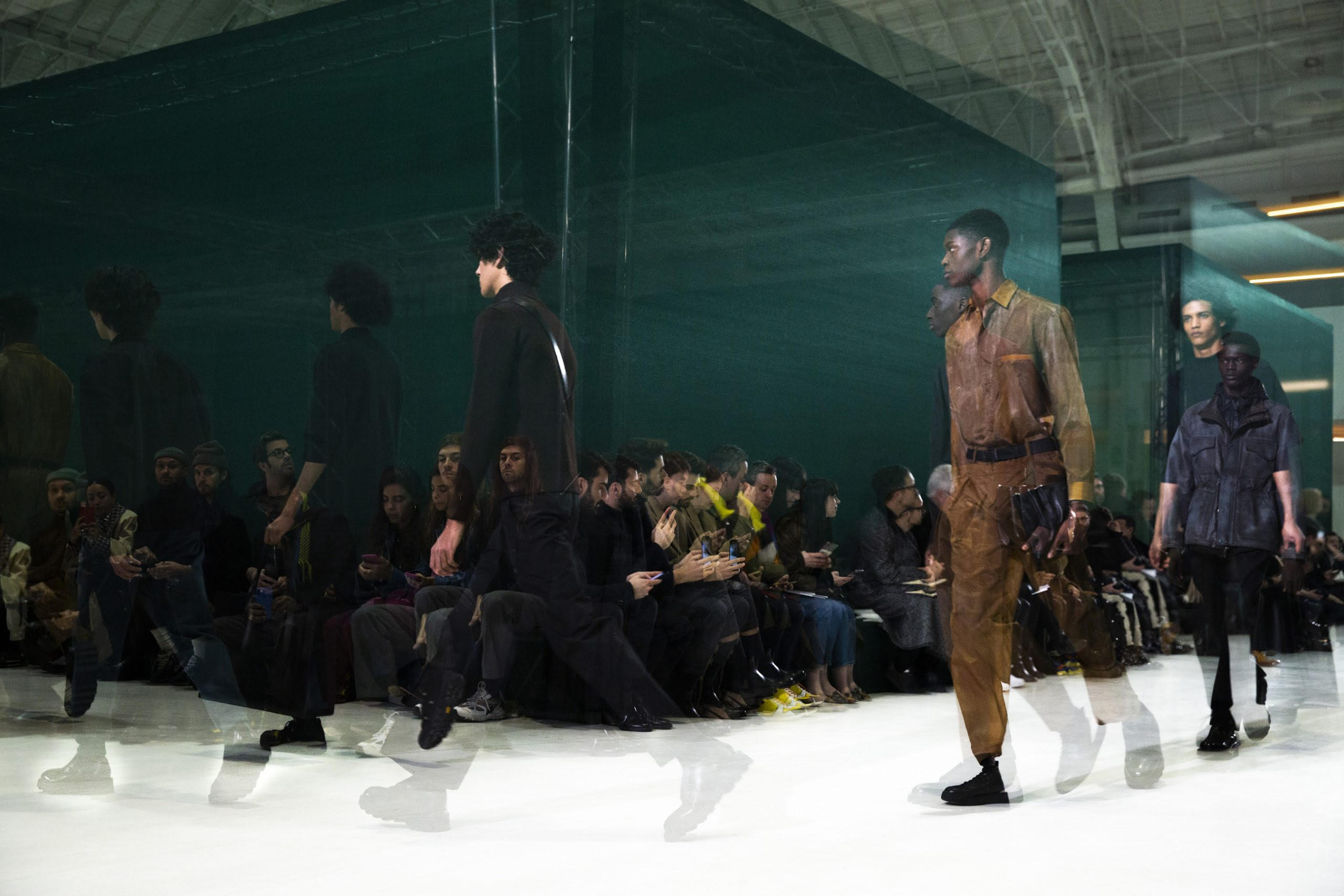 The joys of experiencing the Top 10 ‘Other’ Fall 2020 Men’s Fashion shows are the seemingly carefree, and at times avant-garde, attitudes with which the designers express their visions. Though they presumably have smaller budgets compared to big gun fashion houses like Dior and Gucci, they also have more freedom to explore their singular visions. Subsequently, viewers get to enjoy unique perspectives like Takahiromiyashita The Soloist‘s black-and-white-clothing-collage wizardry, niche visions like Ludovic de Saint Sernin‘s slinky, sexy spiderwebs and asymmetrical tank tops, and minimalist masterpieces like Wooyoungmi‘s collection, with its artfully oversized suits, shirts and coats that allow the materiality of the luxurious textiles to shine through.

Here are The Impression Top 10 Men’s fashion shows of Fall 2020 season as selected by our Chief Impressionist, Kenneth Richard.