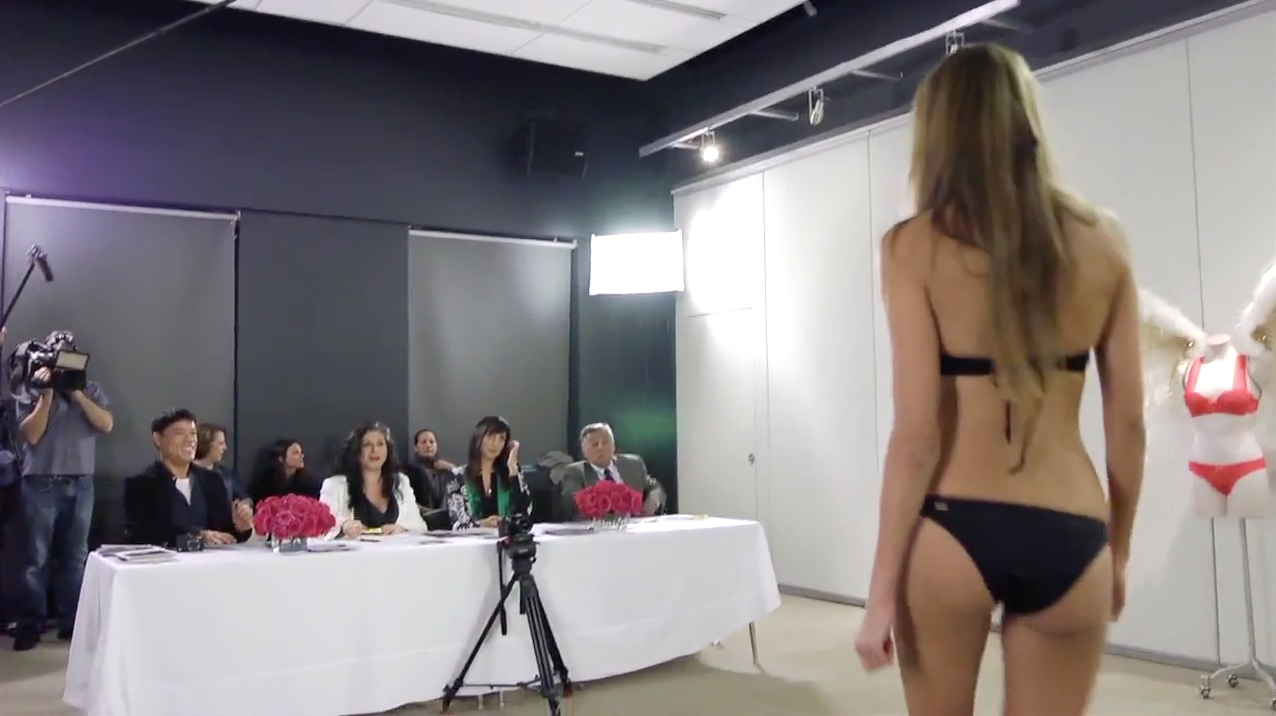 Fearless. It’s not a word one would associate with modeling but in the case of casting for the ‘Superbowl of Fashion Shows’ wearing little more than one’s birthday suit, fearless is at the core of winning over the guardians of the brand and stepping out on a global stage.

The Victoria’s Secret Fashion Show is viewed in over 200 countries and was watched by 9.7 million U.S. viewers last year. Layer in 2.5 million YouTube views along with the international viewership and it clearly becomes the most-watched fashion show in the world, which puts pressure not only on the models but the panel of casting decision makers.

In the casting video below, one-by-one models sporting identical black bikinis and heels enter a long narrow room to win over the room of judges which includes President and CMO Ed Razek, EVP of Public Relations Monic Mitro, Creative Director Sophia Neophitou, and Casting Director John Pfeiffer. From the moment the models enter it is clear this job requires more than the ability to strut in high heels while looking good in a bikini. Only through self-confidence, the ability to project positivity, and a certain wink at sexiness can even the best of these talents be considered.

To walk in the Victoria’s Secret show is the most competitive. You cannot compare it to anything else . . . to be confirmed for that show is such a massive scale of visibility that you could want as a model.

It’s obvious that the decision of who walks the runway weighs heavy on its panel of judges who have seen the show’s impact on the lives and careers of its participants increasing exponentially over the years. While many may wish to play “the world’s smallest violin” for the judges, The Impressionist does not envy their position. This is a role that makes and breaks livelihoods including that of agents and agencies.

And for all those that watch the video below, eyes up here! You can see it in the eyes of the panelist, that in the end, the models aren’t the only ones who have to be fearless.