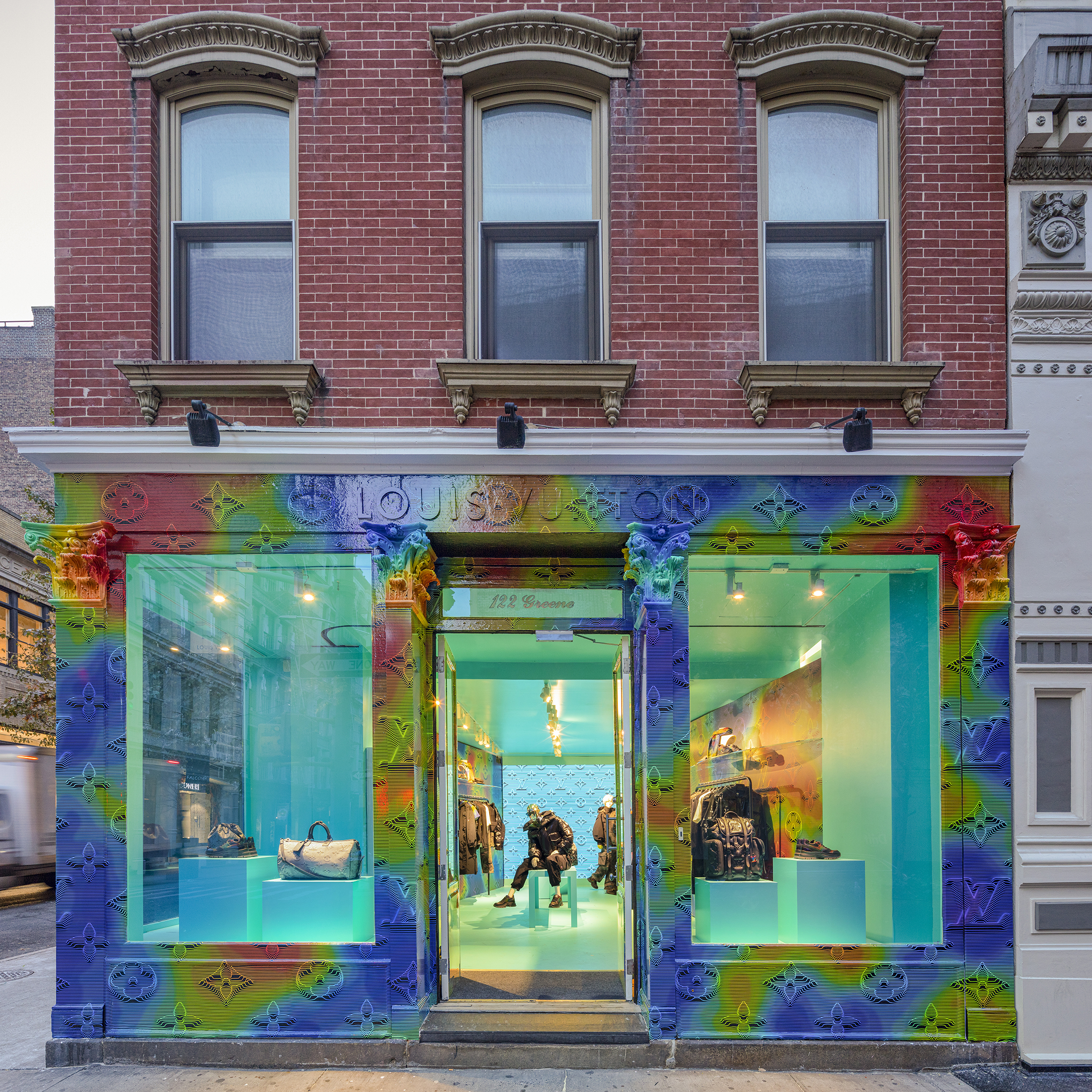 Louis Vuitton has opened the exclusive US pre-launch of Louis Vuitton 2054, a new performance inspired and tech line realized by Men’s Artistic Director Virgil Abloh, with a special temporary residency in Soho.

The name of the line, Louis Vuitton 2054, is meant to fuse the present century with 1854, the founding year of the House, invoking an idea of its clientele’s uniform two hundred years from its point of origin. Louis Vuitton 2054 launches with a fourteen-piece collection of ready-to-wear, shoes, and accessories created in one hundred percent water-repellent technical fabrications including treated calf skin and knitwear, fusing the codes of urban dressing and activewear.

Ahead of the worldwide launch on December 6th, Louis Vuitton 2054 is exclusively available for a limited time at Louis Vuitton’s Soho temporary residency, entirely wrapped from exterior to interior in a camouflage rainbow Monogram pattern echoed throughout the collection itself in a heat map effect.