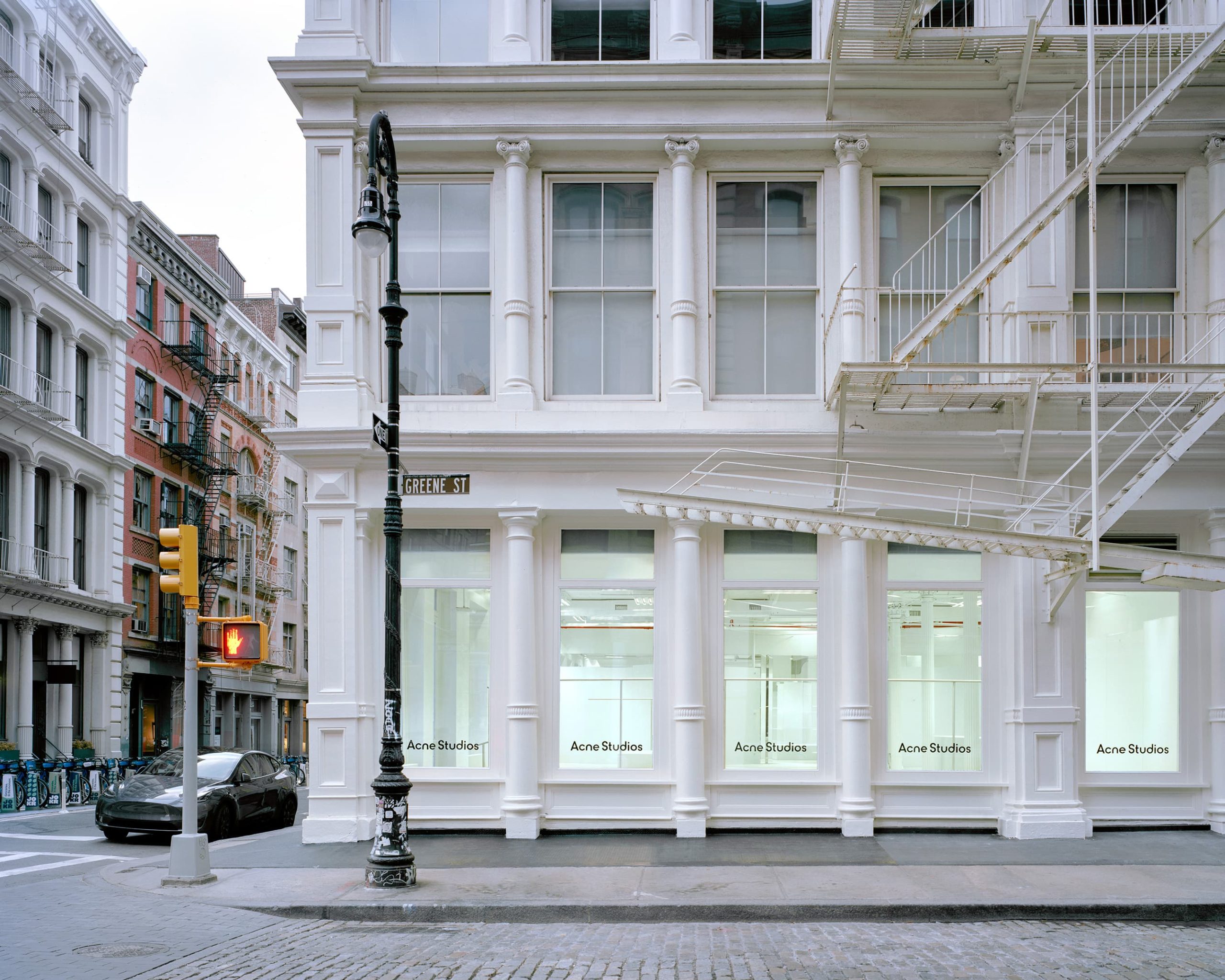 It features an artificial landscape of translucent glass panels that form a series of large triangular fitting rooms and articulate the store’s graphic layout. In contrast to the sharply edged surfaces, the floor acts as a soft mantle in the color of glass. This hue spreads throughout all the elements of the space, creating a calm, uniform atmosphere. The wall-to-wall carpeting is 100% tufted wool customized by Swedish rug and textile flooring company Kasthall, a regular partner of Acne Studios. For the lighting, French designer Benoit Lalloz, a long-time collaborator, follows the lines of the ceiling and brings out the formerly industrial character of the New York neighborhood.

For the unveiling, the store showcases looks from its men’s and women’s Spring 2022 collections, as well as shoes and accessories including the brand’s emblematic Musubi bag.

Acne Studios celebrated the launch with friends of the house at a cocktail party on the evening of Thursday, December 9th.