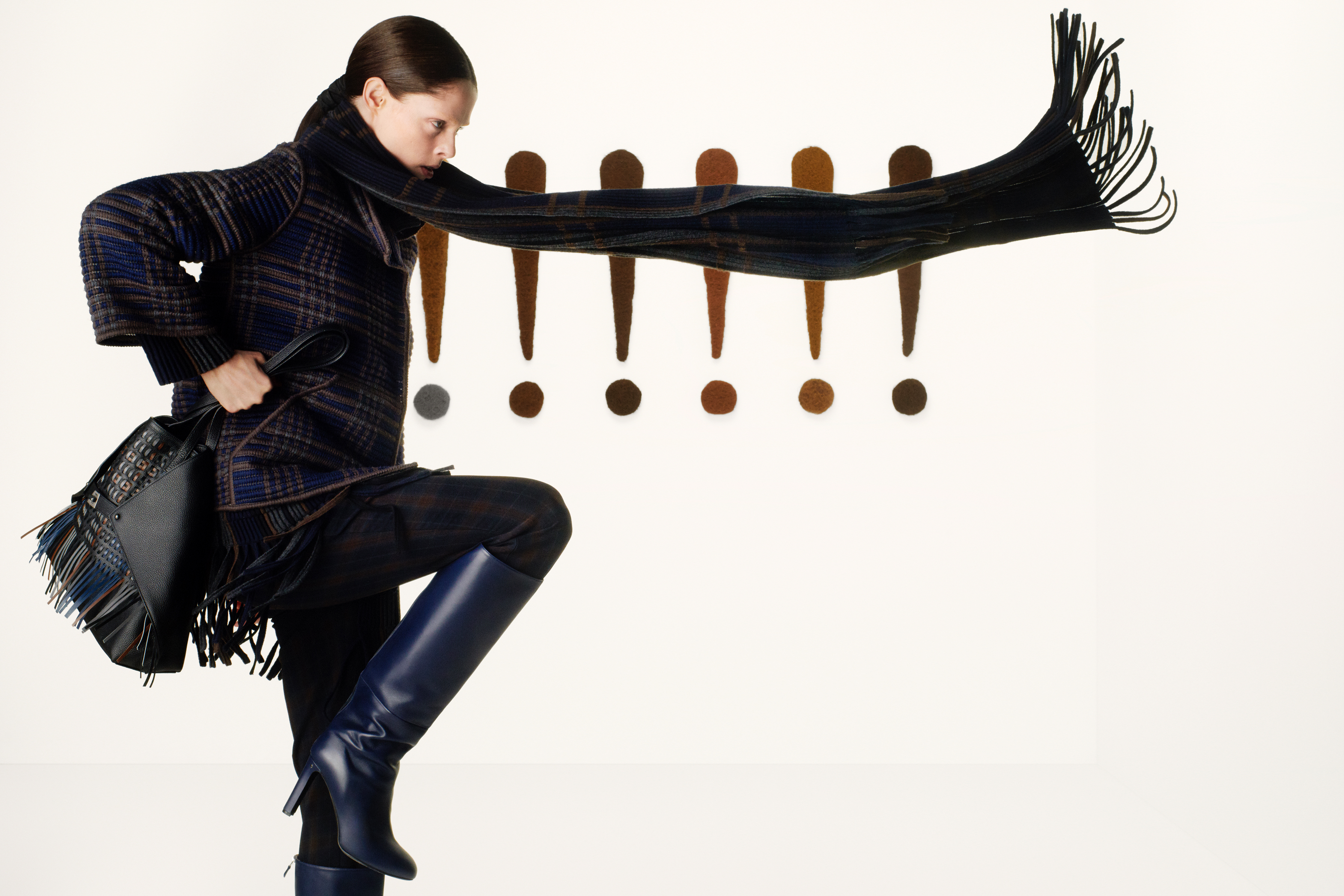 Exclamation and excitation are the key factors blaring in the Akris fall 2019 ad campaign imagined by creative director Albert Kriemler and lensed by Mark Peckmezian. Fashion is a unique asset for society today as it expresses and canvases energy, personality, and tone of each individual. In this fall campaign, Akris makes a bold statement heard loud and clear: this Akris line makes us say ‘WOW’ with numerous exclamation points.

According to Albert Kriemler, clothing is a conversation between who we are and what we want to voice to the rest of society. Like anything in literature, text and email conversion, or online media, punctuation can change a sentence’s persona completely. An exclamation point is the only punctuation mark that is versatile in its use; sounds, sentences, and feelings are expressed and highlighted by this symbol, unlike its companions of the comma and period.

The use of exclamation in fashion emits a conversation of all three of its uses: feelings of confidence and fearlessness appear, sounds of assertive footsteps in Akris heeled navy boots are heard, and the sentence of your own expression is on display. Photographer Mark Peckmezian’s use of complimentary tones of clothes and punctuation create a cohesive and creative form of expression. In this campaign, Peckmezian is able to capture sound, sentence, and emotion through the discussion of color, clothes, and grammar’s most expressive mark.

Albert Kriemler and Mark Peckmezian’s collaboration has contributed to a the most striking, wordless conversation yet. Through this discussion, Akris’s fall 2019 ad campaign communicates one major takedown: these clothes and exclamation points say more than words ever could.