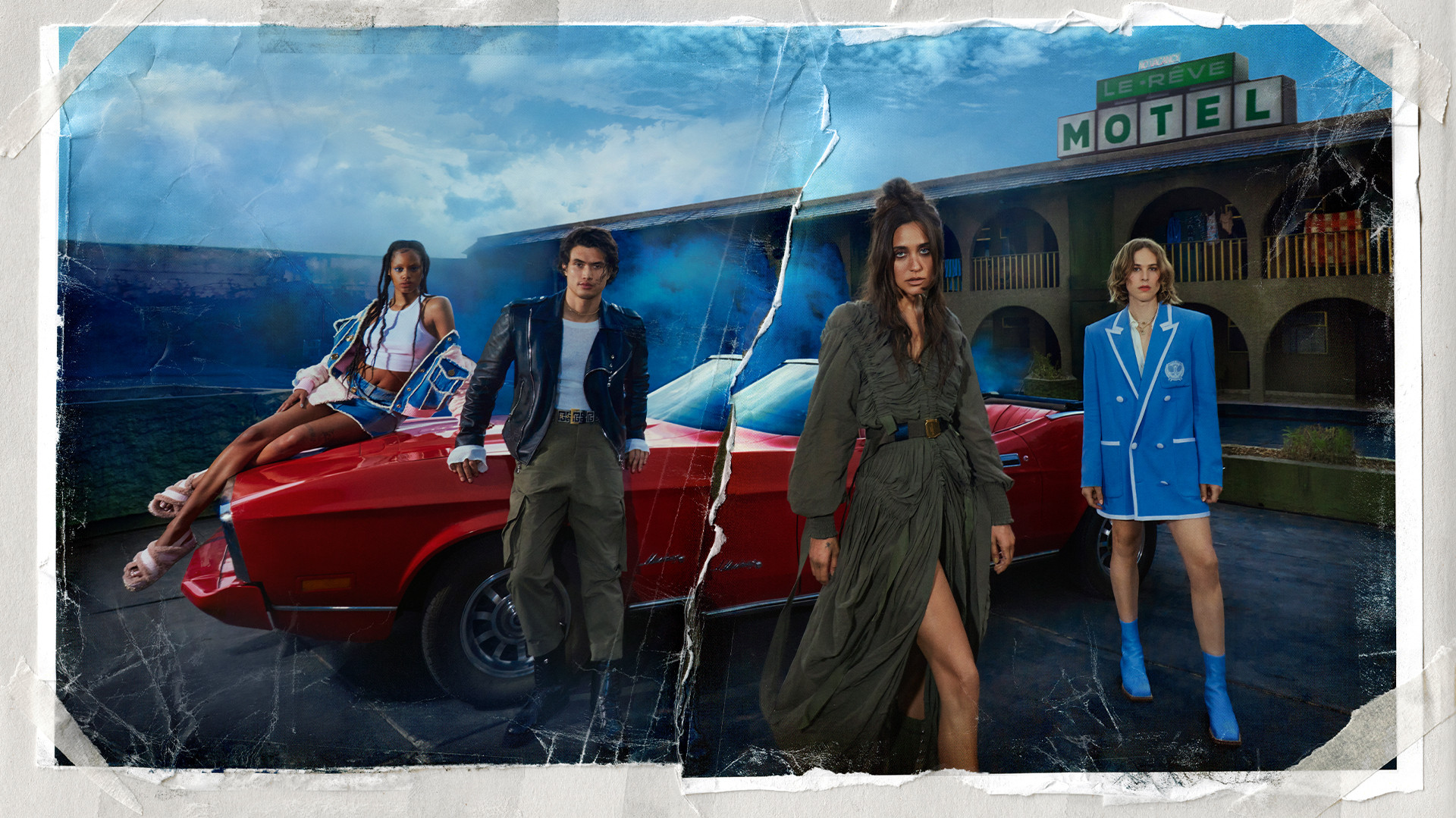 Balmain explores new territory in campaign storytelling. After the announcement of its partnership with the UK’s Channel 4 for the co-branded drama series Fracture, the house shares its Fall 2021 campaign, which leverages the narrative and aesthetics of the show.

The entire cast of the short-form drama series, which premieres on September 2nd, will be dressed exclusively in looks from Balmain’s Fall 2021 collection. Starring the cast of the show – Jesse Jo Stark, Tommy Dorfman, Ajani Russell, and Charles Melton – and captured on set, the new campaign blurs the boundaries of the typical ad campaign form and taps into a unique hybrid channel of marketing communication.

I love that “Fracture” helps us reach a much wider public, while allowing those who already know the house a new way of experiencing Balmain. And, as unexpected as this campaign-as-a-series might be, I also love that “Fracture” actually builds upon a long and distinct house history. Pierre Balmain adored using his designs to help tell stories. He worked on the costumes for a multitude of ballet and theatre pieces and he was responsible for the wardrobes of over fifty European and American studio productions. And, just like us, our founder seems to have had no fear in pushing against the limits of his time.

As we might have expected, the campaign imagery is rife with drama and character. The series’ setting of a run-down motel on the outskirts of L.A. provides an interesting contrast with Balmain’s luxurious offerings, suggesting that our characters may be running away from something, or looking for something new. A few of the images appear wrinkled and torn, as if ripped out of a fashion magazine – a smart way to use art direction for a reference to the meta-intentionality behind the campaign’s fashion-advertising-as-content ethos. The series also seems to play into the fact that its star, Jesse Jo Stark, is primarily a singer and songwriter, a choice that works nicely with Rousteing and Balmain’s shared interest in music and creative multimedia storytelling.

The imagery does feel a bit incomplete on its own, and attests to the fact that it relies on another creative element for its narrative wholeness. In this way, the imagery of the campaign is just a teaser or tie-in for the real meat of the project, the series itself. In one sense this is a bit of a gamble, as Balmain is relying on the show to make a strong enough impact with fans that the brand won’t need to pursue other marketing for the collection outside of it.

But this risk-taking is also a display of confidence by Balmain in what they have created through the unique creative partnership. Costuming is a vital part of dramatic narrative, and one that has a unique power to enthrall and unite viewers. Balmain is wise to recognize the opportunity it presents, and on-demand streaming is an especially relevant platform to make the most of it in the moment.

If the show does manage to connect with fans and critics, Balmain will have opened up exciting new paths at the intersection of fashion, broadcast storytelling, and narrative-based marketing.