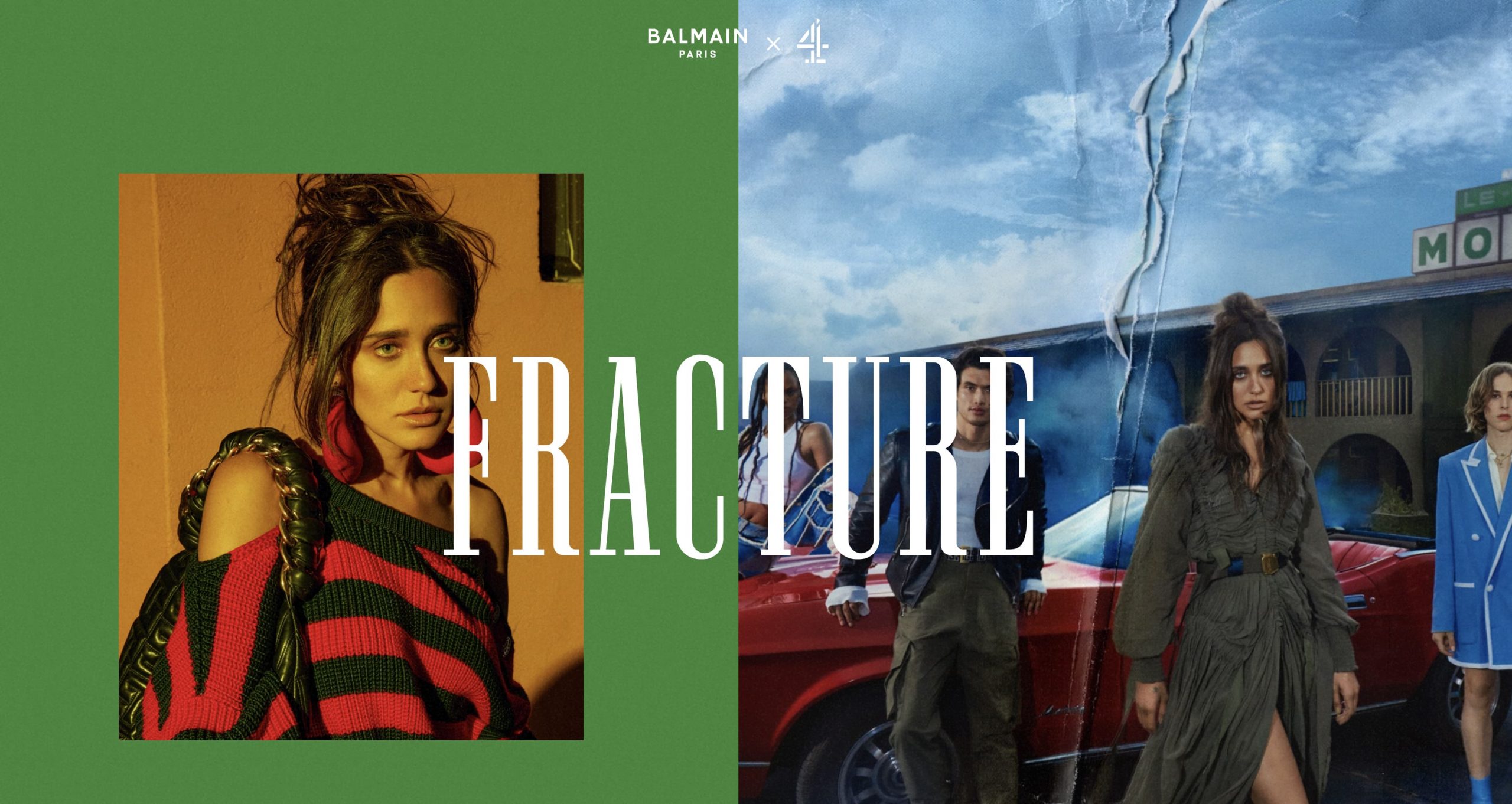 Balmain has partnered with the UK’s Channel 4 for a first-of-its-kind short-form drama series. The new show, titled Fracture, will see each of its characters dressed exclusively in looks from the French luxury house’s Fall 2021 collection.

The partnership marks Channel 4’s first-ever branded entertainment drama series, and the first time a fashion house has partnered with a broadcaster in this way. While it remains to be seen how television fans (and fashion fans, for that matter) will engage with this kind of overtly branded content, the move represents an interesting potential look into the future of brand partnerships, and how to rethink fashion communications as entertainment.

The series launches to worldwide streaming via the partnership’s co-branded website, www.fractureseries.com, on September 2nd.