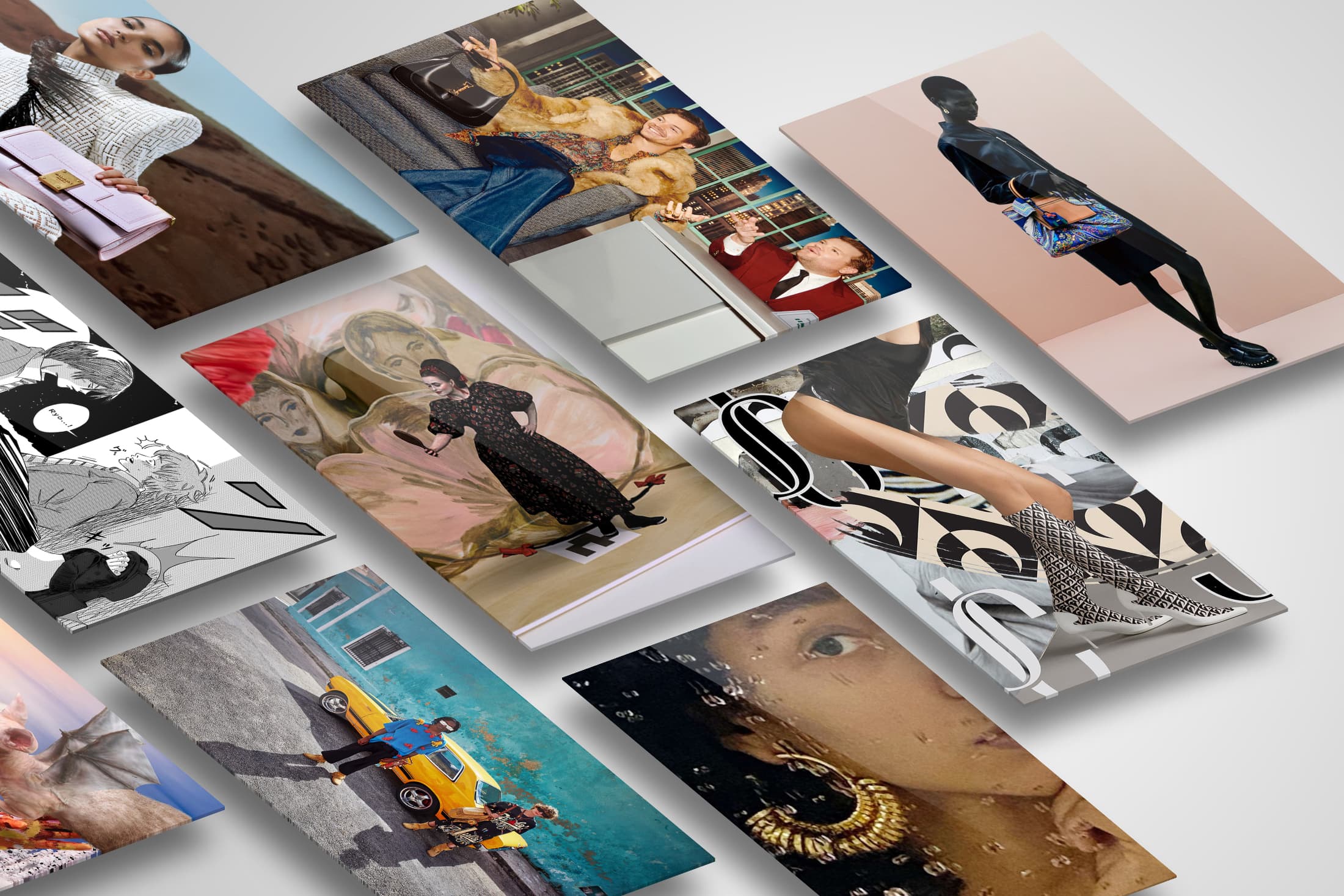 Creating an accessories campaign presents both unique challenges and exciting opportunities. It reverses the typical order of importance for dressing: the supporting role becomes the star. Creatives are tasked with bringing a bag or a pair of shoes to the fore. These pieces are often, however, a label’s best-selling products, and so an excellent accessories campaign is just as important as any other – if not more.

Both Paris found an excellent way to both champion its pieces and explore an exciting new medium for fashion communication. The brand recruited manga artist Peppe to create a surreally fun series of narrative vignettes starring shoes from the spring collection, which both played into and subverted our expectations of manga tropes.

Gentle Monster continued to push the boundaries of fashion marketing with a psychedelic celebration of the circle of life. The campaign film film uses 3D modeling to imagine a fantasy world where humans coexist with chimerical animal hybrids – a dogtopus, a bat-cat, and many more indescribable combinations. These surreal beings float gently through space, where they are encountered by our cast of eccentric bespectacled characters. Although Gentle Monster themselves only produce eyewear, their campaigns always bring it in terms of head-to-toe styling, and the impeccable and eccentric styling of this campaign goes a long way to fill out this fantasy world.

Gucci created a brilliant series of campaigns that imagined a late-night celebrity talk show. While the bags and looks certainly shine, it is the human talents that make the campaign come to life as something truly special. Each vignette relies heavily on a unique blend of personality and persona from its star. The creative team behind this campaign gave the industry a lesson on how fashion campaigns could and should be done. Many brands produce campaigns as if a famous name and face is the only ingredient needed to connect with fans – but Gucci shows that this is just the first step. The celebrities here are famous for a reason, and Gucci has created a format that relies on and reveals the talents and personalities of these beloved icons.