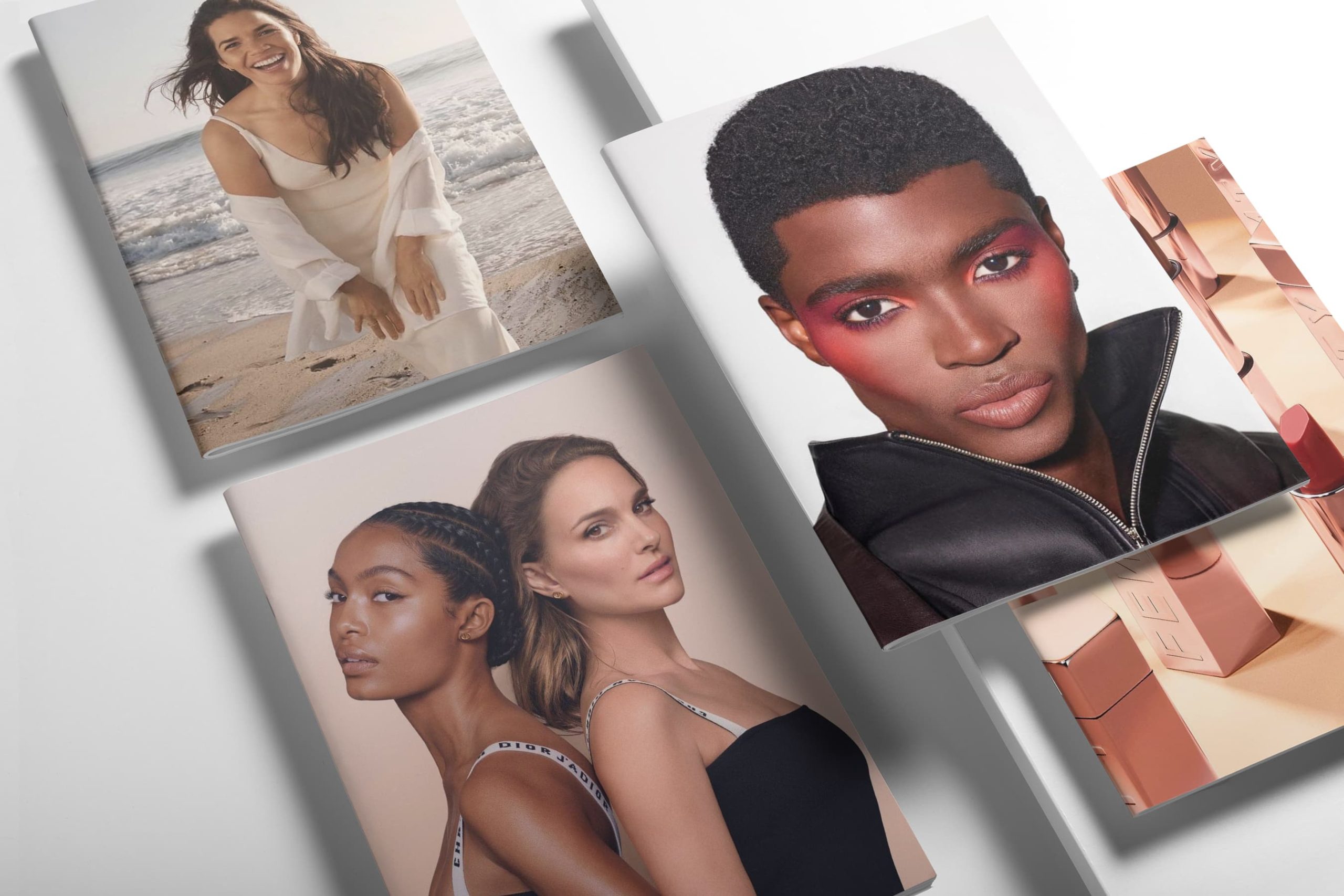 From the possibility for TikTok tutorials to make or break a product, to celebrities launching their own beauty lines and the desire for a sustainable, cruelty-free, and vegan product, today’s world of beauty communications are complicated.

Meanwhile, navigating this world and finding the right spokesperson as the face of a brand can be tricky: consumers want to see something genuine and believable, but also someone they can look up to.

At the same time, of course, these challenges present exciting opportunities. The strongest beauty campaigns feel both classic and creative, drawing on a timeless desire for self-expression and confidence while the right way, the right words, or the right person to say why these values are important now.

Here are the best beauty campaigns of the Spring 2022 season as selected by our Chief Impressionist, Kenneth Richard.

Dior Forever focused on sisterhood, developing the message of women’s ready-to-wear and couture creative director Maria Grazia Chiuri across the brand’s beauty communication as well. The main campaign film was also accompanied by a brief interview with actor Yara Shahidi, one of its stars, personalizing the campaign’s message.

Fenty’s beauty marketing relies on what Fenty does best: being effortlessly cool and inclusive. In terms of honest diversity the brand was miles ahead of the game when it first came onto the scene, and other brands are still scrambling to catch up. Led by creative director Rihanna, the campaign is a simple but powerful flex of this commanding character.

Glossier recruited Olivia Rodrigo as it’s first celebrity face – a smart move considering both parties’ command of the Gen-Z spotlight. For the campaign production itself, Glossier took a page out of Calvin Klein’s playbook, stitching together a film and sound collage of intimate personal reflections on beauty and confidence from the star.

L’Oréal recruited a truly legendary cast – featuring Helen Mirren, Viola Davis, Jane Fonda, and more – to reflect on the brand’s famous “Because You’re Worth It” slogan. Sometimes with humor and always with heart, the series of films investigate the importance and difficulty of recognizing self-worth, making for a rare campaign that emphasized the personal meaning behind the beautiful face.

Pat McGrath Labs’ collaboration with Netflix’s immensely popular and binge-able Bridgerton tapped one of the series’ most beloved stars, the delightful Nicola Coughlan. Smartly emphasizing the Regency-era inspired product packaging, the campaign channeled all the color and opulence of the show’s splendorous visuals.

CoverGirl tapped America Ferrera, who stars in her first CoverGirl Campaign. “Growing up, I really didn’t see myself represented in the media and across traditional beauty standards. To be named a CoverGirl is something I never expected, but I’m thrilled to be able to represent my community and show that you can be an actor, a director, a businesswoman, a mom, a Latina, a first-generation American and be a CoverGirl,” shared Ferrera.

Diptyque and Exhibition Collective transformed a web page into a virtual story book, smartly combining the interactive possibilities of a digital platform with music and image to create an interactive experience that explored the ideas of nostalgia, narrative, and memory that characterize the brand’s unique fragrances. They also created a Coffee table book which features Tim Walker’s photographs for the campaign along with his storyboard illustrations.