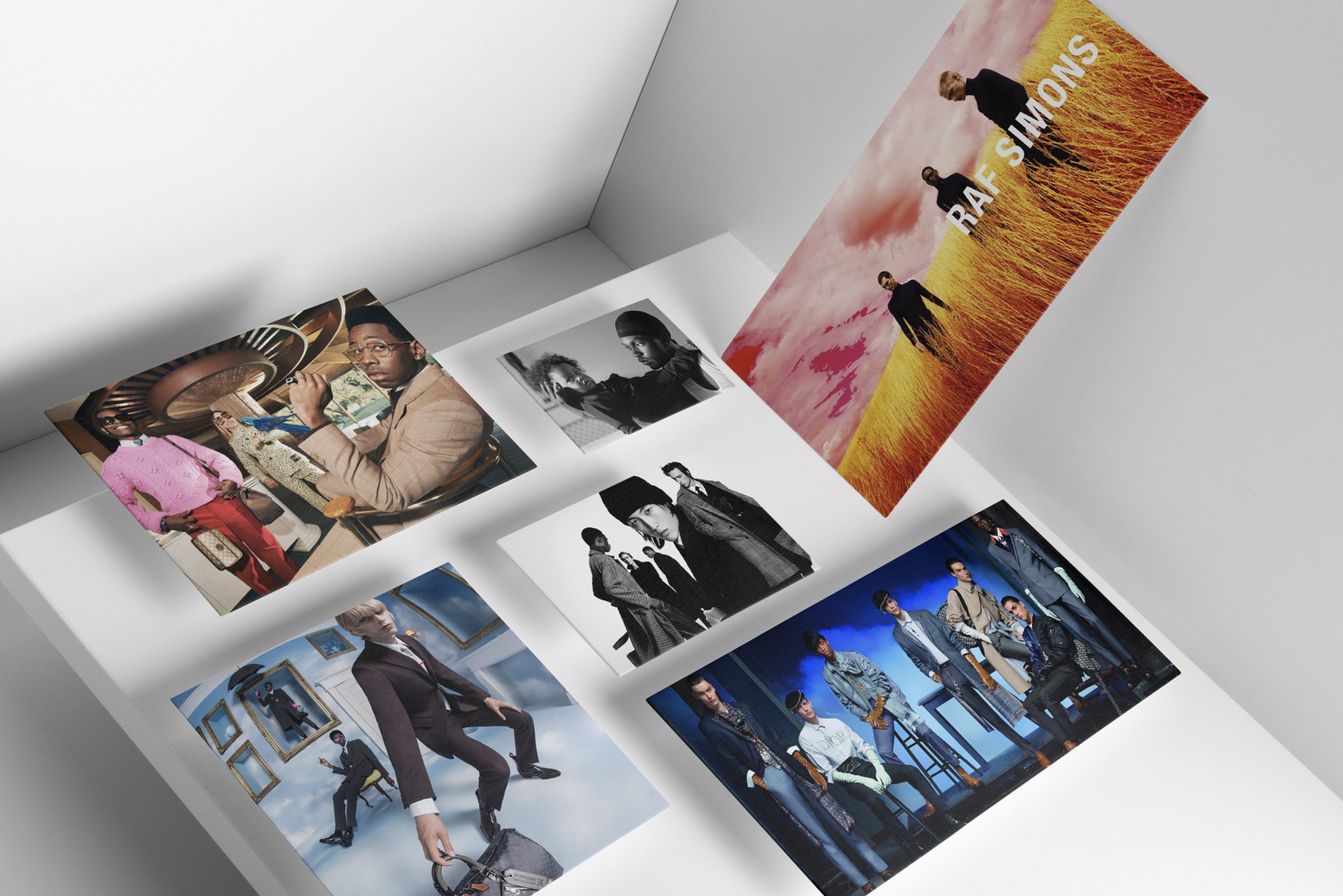 Gone are the days when menswear campaigns lagged behind women’s in terms of concept, artistry, and production value. The Fall 2020 season brought quite a few changes and challenges, but it also afforded creatives more time alone to develop their work. Thus, we’ve gotten to see many fashion houses push the integrity of their communications for menswear to a level we’re mostly accustomed to seeing for the best women’s campaigns.

Men’s campaigns this season brought a new and needed urgency to their depictions of masculinity. Many of our favorite campaigns felt concerned with the future, using male characters to embody both positive leadership and the dangers of patriarchal arrogance. Daily Paper created a quietly beautiful campaign in celebration of black fathers, beautifully lifting them up as leaders and protectors of the next generation. Louis Vuitton used imagination and the visual metaphor of clouds to send a similarly uplifting message. Raf Simons, on the other hand, explored sci-fi psychedelia to create a beautiful but ominous set of imagery which warned of climate catastrophe.

It was a great season for tailoring and tailoring-focused campaigns, particularly for Boss and Gucci. Boss used slick and simple black-and-white imagery to communicate the versatile strength of their designs, while Gucci recruited an unexpected trio of personalities for a colorful celebration of eclecticism. Kim Jones of Dior did incredible work combining classic men’s tailoring codes with punk stylings and theatricality for a beautiful vision of a masculinity liberated from toxic binary restrictions.