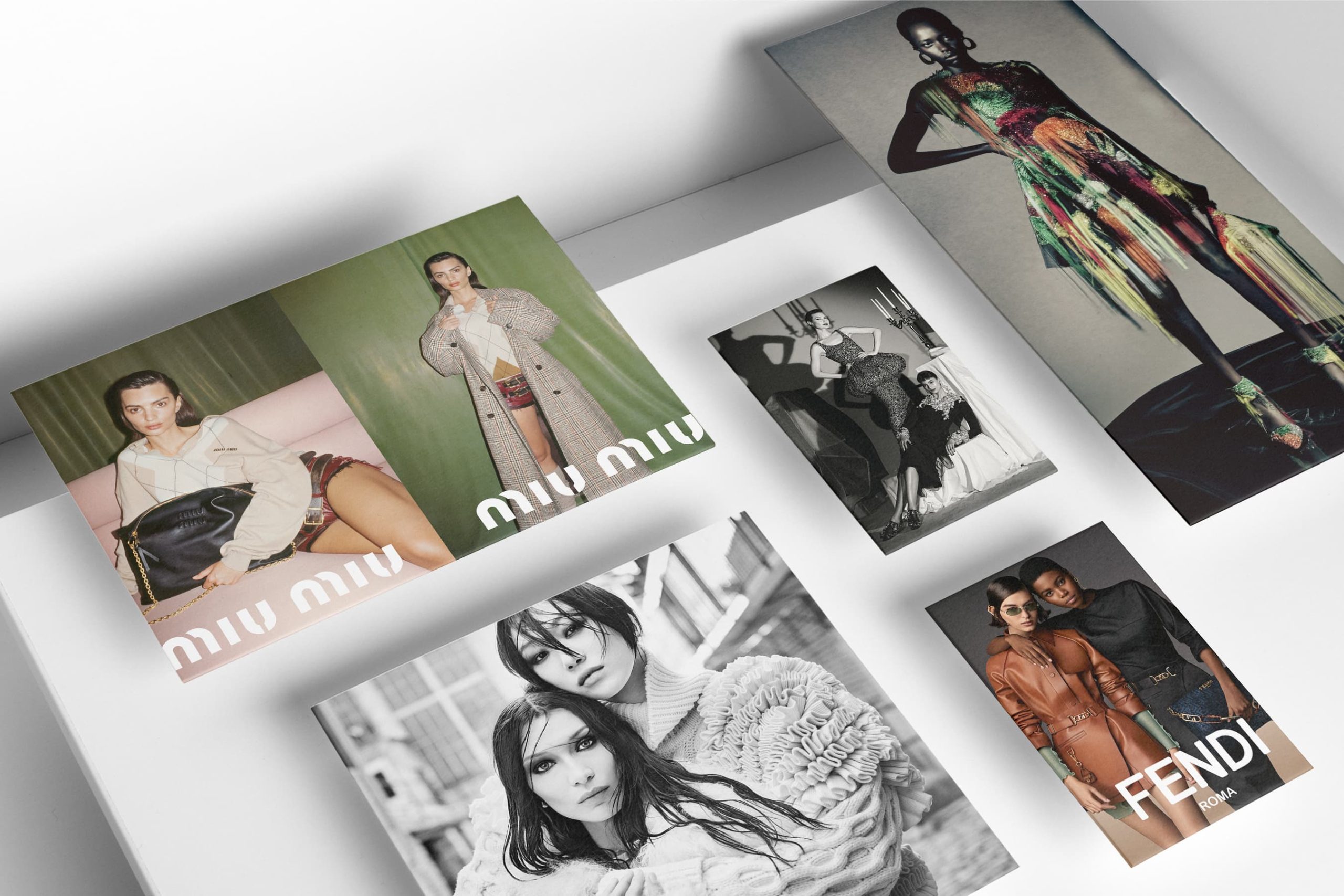 While our favorite campaigns tend to be those with a rich sense of narrative and a focus on creative concept, this season’s best women’s campaigns actually ended up being those with a classically minded, pared-back focus on immediate and excellent visuals.

Moschino’s campaign, for example, took creative director Jeremy Scott’s bold and surrealist Fall 2022 designs as its basis. Exploring the kind of gilded, baroque opulence we might expect to find in an ornate mansion, the collection seems to take a bit of a cue from Beauty and the Beast’s furniture-come-to-life motif; these characters are at once powerful women and fancy pieces of furniture: grandfather clocks, lamps, keyholes, urns, birdcages. Photographer Steven Meisel captures them in dramatic black and white against a relatively minimal set that consists of actual fancy furniture, but most of which is draped in cloth. Working with multiple levels of depth and height and making dramatic use of shadow, his compositions feel at once like antique portraits of an aristocratic family, a sitting room brought to life, and a Broadway set.

Ports 1961, Miu Miu, and Saint Laurent took an even more straightforward approach, eschewing theatricality and narrative in favor of simple editorial-style imagery that was nonetheless rife with character, emotional texture, and of course style.

Loewe made excellent and subtly surreal use of artist Anthea Hamilton’s pumpkin sculptures, which also formed the basis of the house’s set design for the collection’s runway show. Another strong example of Loewe’s uncanny ability to inject the everyday with a sense of the artistic and the magical, the campaign conveyed the brand’s power to occupy a singular space at the intersection of fashion, art, and life, particularly emphasized in its thoughtful ability to call on artistic practices both historical and contemporary.

Here are The Impression’s Top 10 Women’s Fashion Ad Campaigns of Fall 2022 as selected by our Chief Impressionist, Kenneth Richard.