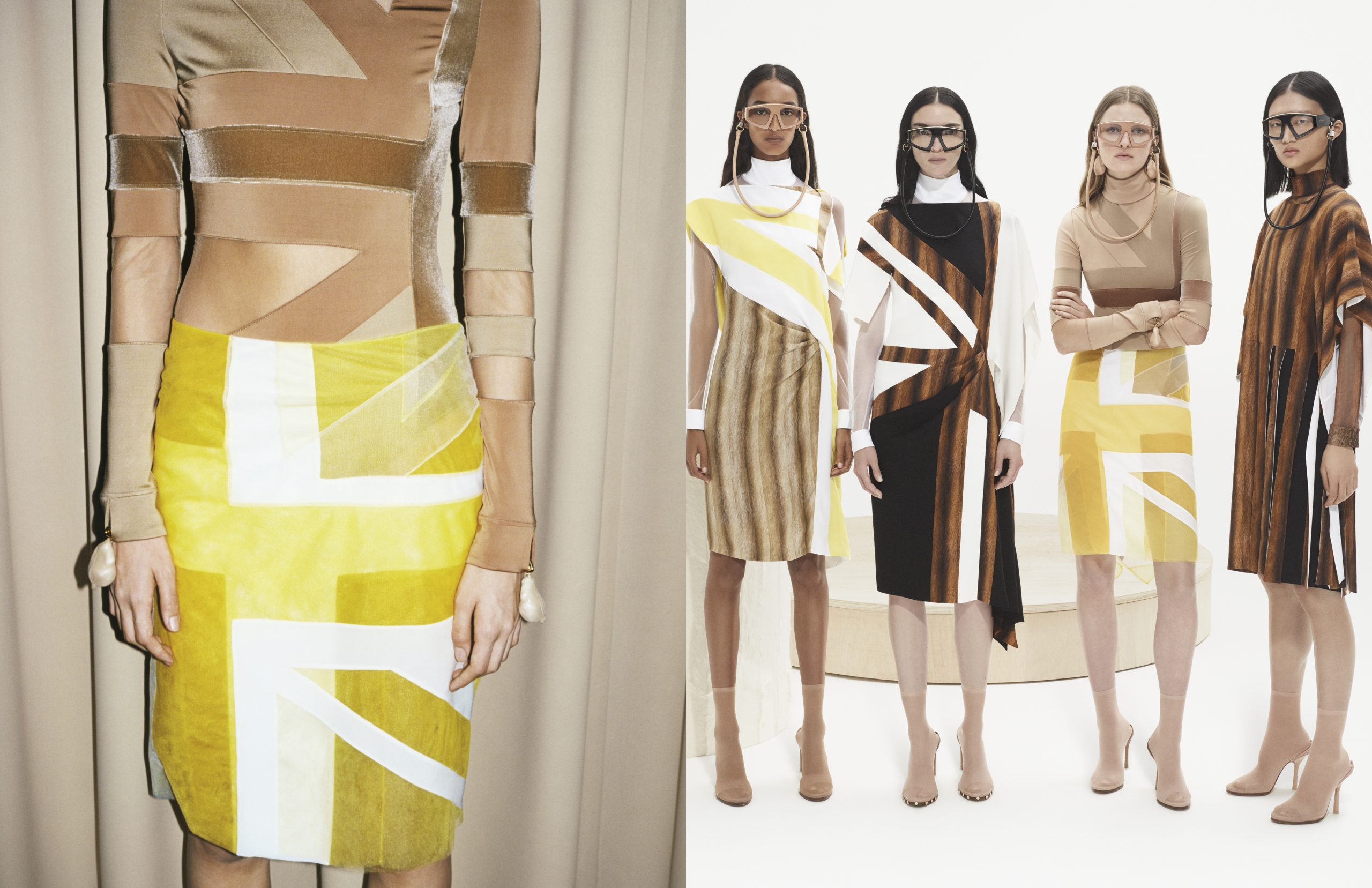 The short film taps into the most intriguing sartorial theme from the women’s collection, its subtle motif of the oracular or the mystical embodied in the shimmering scaled tunic dresses and high-priestess-like gowns complete with astrological stars. Abstract and minimalist, the film uses music and body movements – rather than obvious visual signifiers – to convey the stages of a communal ritual. The attitudes of the ritual’s participants are at once serious, playful, and mysterious, and the reality of what is happening feels quite impenetrable as a viewer. The focus is instead on mood and raw human connection; we are invited simply to observe, and to connect the dots ourselves – though they may not even be there.

The photography portion of the campaign achieves an interesting visual rhythm through dualistic imagery, arranging backstage shots from the show side-by-side with new studio photography.

But as the film doesn’t rely on any purely visual elements (other than some subtle styling choices) to convey its atmosphere, it can’t really translate to the photographs. The images look great and are strong in conveying the character of the collection, but they don’t really tell us anything new or that we couldn’t have gleaned from the runway presentation.

While the theme of the film does tie interestingly into Riccardo Tisci’s ongoing exploration of power and femininity, he seems to be caught in the liminal space between ritual and reality. Burberry’s image feels especially strict in terms of house codes, and Tisci seems to be bumping against the outer limits of how far he can push his experimentalism, both in terms of design and campaign concept. Like the collection, the spirit of the campaign is fettered by Burberry’s need for traditionalism and purity, and the two sides feel a bit awkwardly combined. Still, we commend the creative director for taking the opportunities for exploration he does get, and we look forward to seeing him continue to synthesize his vision for the iconic house.