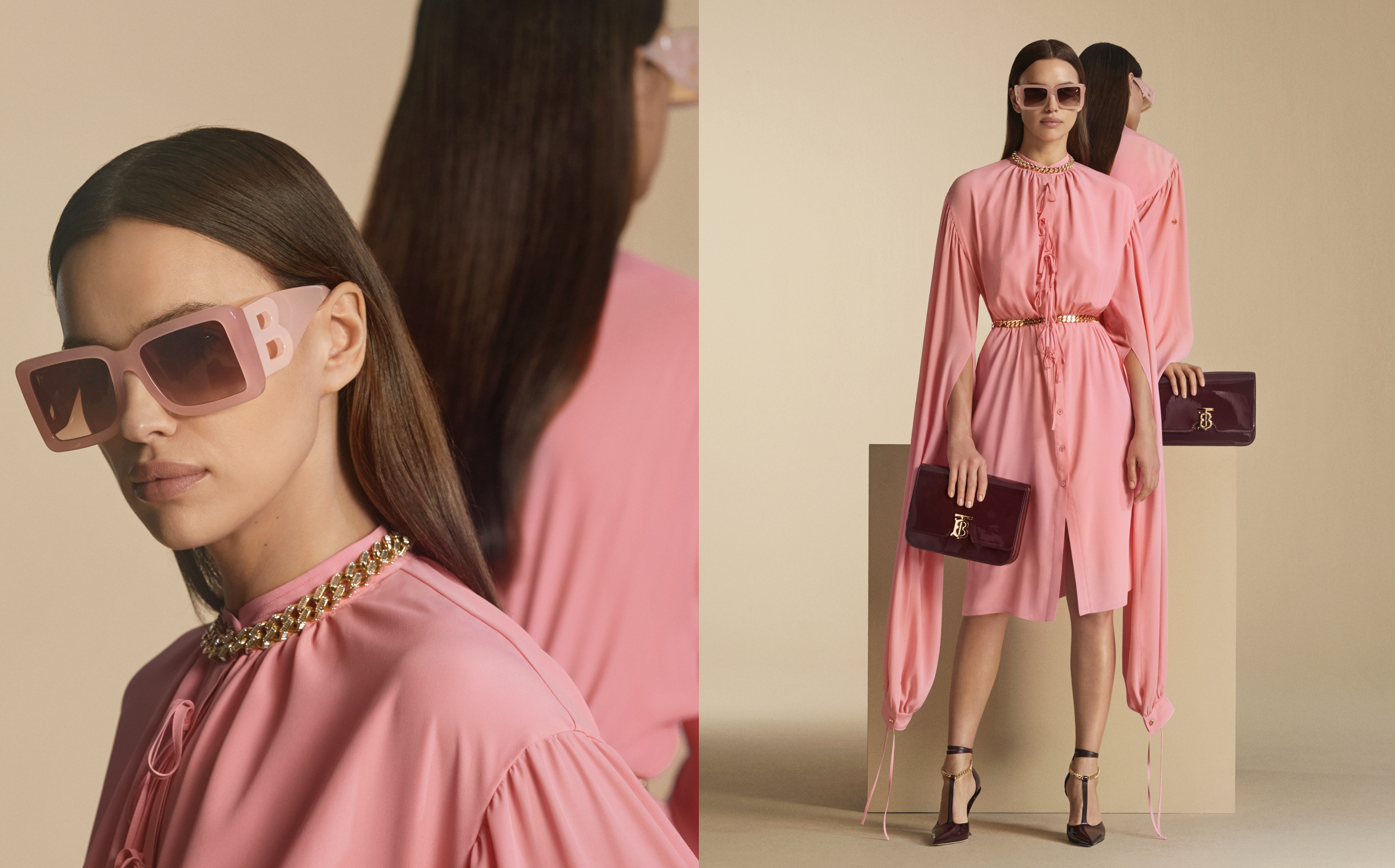 Burberry explores the duality of identity in their Pre-Fall 2020 campaign.

Designed by Chief Creative Officer Riccardo Tisci, the campaign explores a breadth of iconic styles from the Burberry archive – including the trench coat, which formed the centerpiece of the spring collection – and reimagines them with modern and experimental elements. The sense of duality suggested by this meeting of past and present is explored in the campaign.

I have always been drawn to the notion of duality and viewing things from two perspectives – bringing a depth and contrast to a person or a concept. This campaign explores this idea of mirroring, a theme which I established as a house code in the new Burberry identity.

Photographs by Danko Stein conjure a meeting with a mirror-self. Against a simple Burberry beige background, models Irina Shayk and Reece Nelson encounter their doppelgängers. One figure looks into the camera, their eyes locked on ours, while their simulacrum faces away. The images perhaps suggest a distinction between internal and external, that there is a self we recognize and can show to the world, but an inaccessible one beneath it.

A short film furthers this idea of reflection. Similar to the photographs, each look is presented on two identical people. As we see these looks, a voiceover from the two cast members expresses how they feel seeing their own dual selves. It’s a fun way to include the models as actively participating in the ideas behind the campaign, as well as a subtly mind-bending continuation of the notions of self and duality. The relationship between self and other is presented as a relationship between self and self, and vice versa.

Under the still new leadership of Ricardo Tisci, Burberry’s identity has been refreshed and reenergized. Tisci brings this same approach to the campaign, with brilliant results. The house seems both confident in what it knows has been its own identity, and confident to explore what that identity can become in the present and future. Though we may be seeing double, the vision is clear.