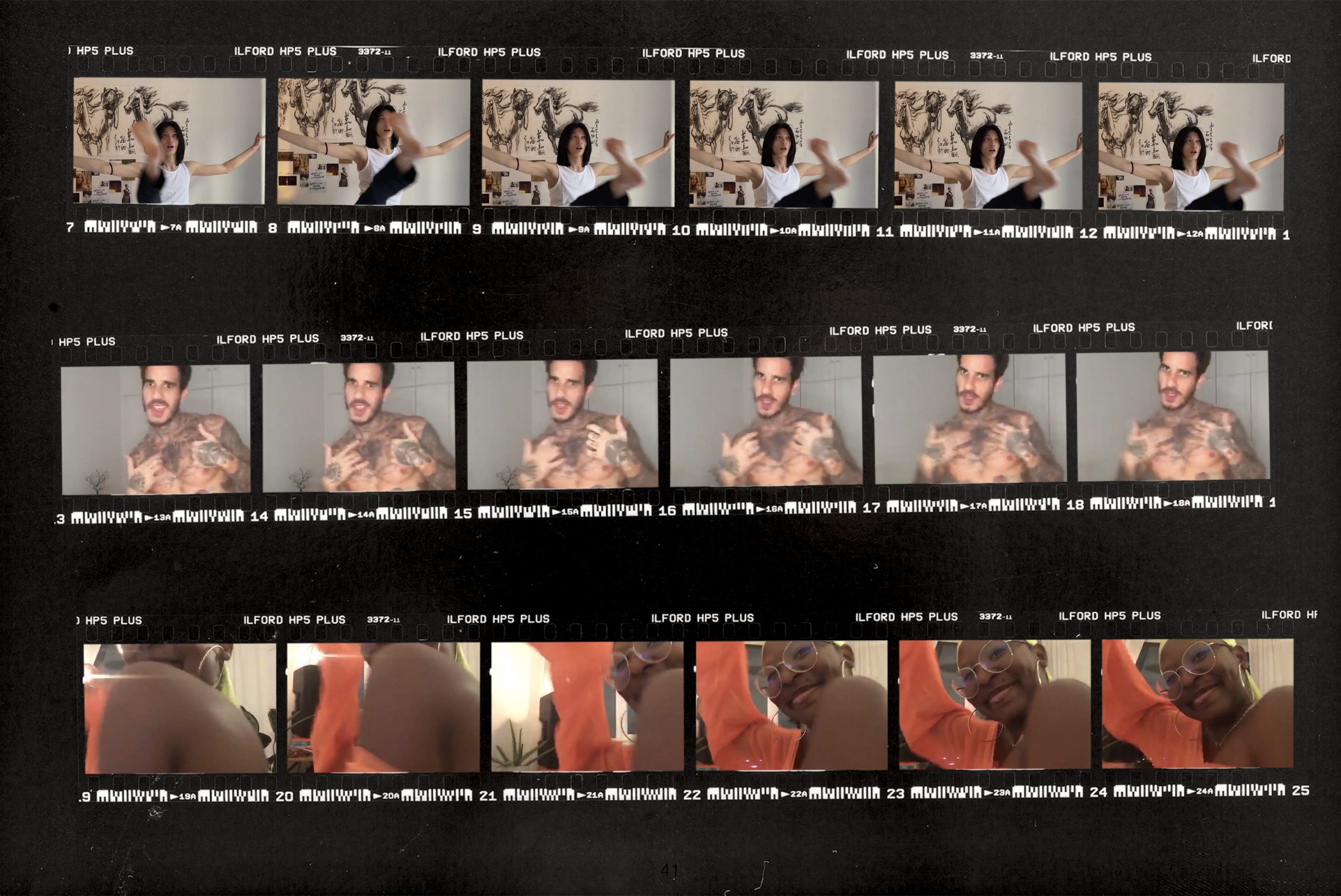 Burberry has saved the best for last, in regards to Pride celebration videos. Released at the end of Pride month on June 29th 2020, the short film features a group of genuinely diverse and inclusive LGBTQIA+ people dancing joyously while in self-isolation to the song “Free”, the 1998 dance crossover hit by vocalist extraordinaire Ultra Naté.

What makes the film especially uplifting is that it skips over wordy explanations and avoids pandering to the larger heteronormative culture, while unabashedly embracing what makes LGBTQIA+ culture so unique…which is the way it crosses over every other conceivable categorization, whether it be gender, age, race, nationality, religion, or people with disabilities. Both Burberry and Calvin Klein deserve kudos for featuring queer people with disabilities in their 2020 Pride campaigns. In addition to this, Burberry has included LGBTQIA+ people from many different age groups in their short film, plus myriad skin tones, and a range of gender expression from gay to lesbian to non-binary to transgender and beyond. The film combines the recent marketing trend of self-isolating DIY footage with a lip-synching dance party, building upon a practice that began in LGBTQIA+ bars and clubs during a time when the community was extremely marginalized. During this time, lip-synching became elevated to a satirical art form by drag queens and drag kings, functioning as an underground commentary about the restrictive attitudes of the larger culture, and which has now become mainstream (…thanks to Ru Paul and other drag performers of his generation).

The fact that this film was released by Burberry, which has traditionally been one of the most straight-laced of British brands is especially noteworthy; the destigmatization of queer dance culture by such a conservative brand is a testament to the leadership of Creative Director Riccardo Tisci. The film may seem like a minor thing to young people who didn’t experience the 90’s first-hand. However, it is important to note: this song was co-written by Ultra Naté, Lem Springsteen, and John Ciafone less than a decade after the LGBTQIA+ community lost an entire generation of gay men to HIV/AIDS in the late 80’s and early 90’s. For queer people who lived through those terrible times, the existence of this film serves as proof of how far the larger culture has progressed since then.

Of course, there is still an overwhelming amount of progress that needs to be made, before cultures of the world are truly equal and the trappings of systematized misogyny, homophobia, transphobia, racism, and classism are completely eradicated. Nonetheless, the film provides hope that marketing materials released in the years to come will allow us to look back and balk at the level of inequality that still exists today.