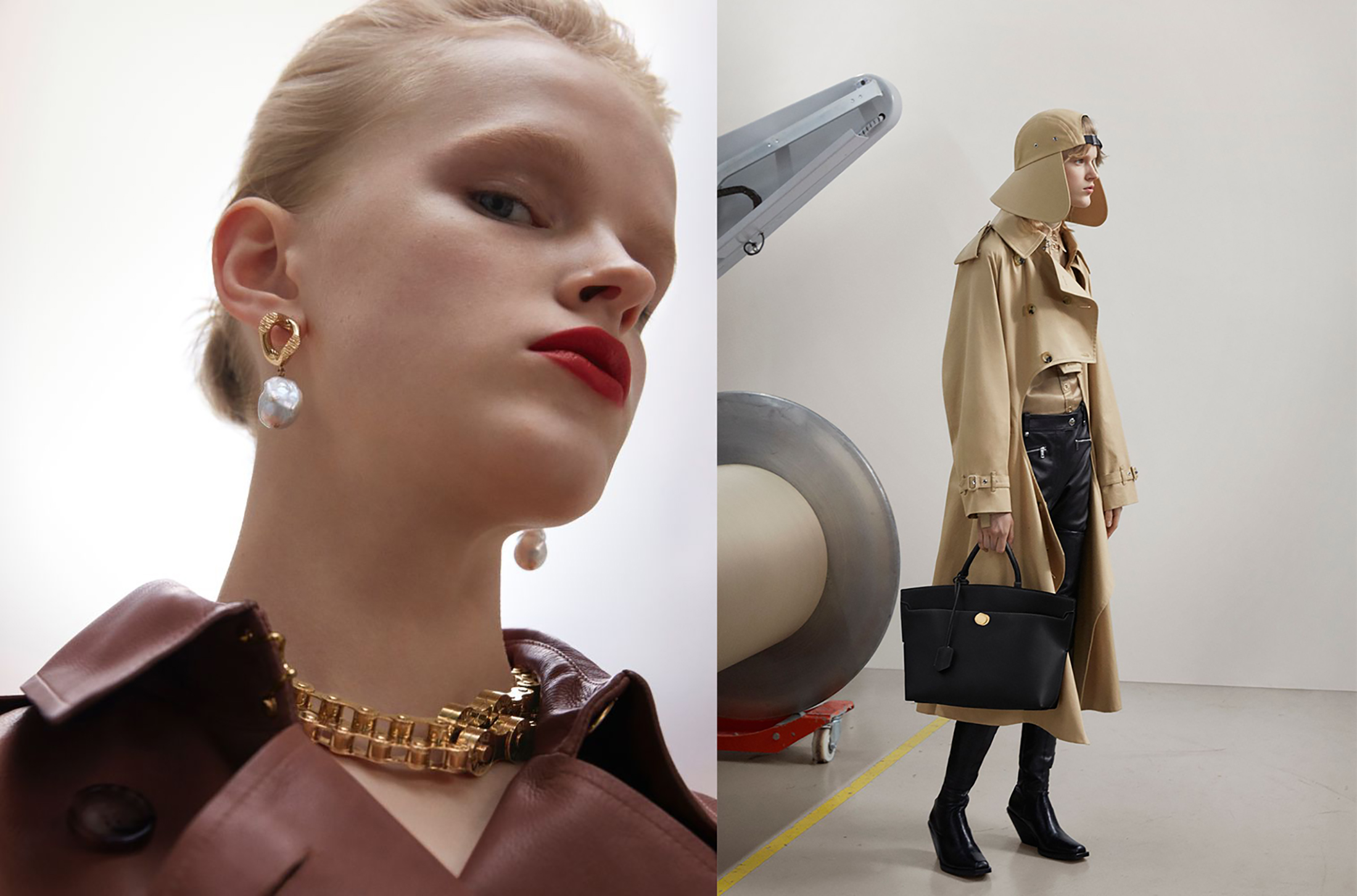 Creative Director Ricardo Tisci leads the iconic British house in a campaign that combines 20th-century industrialism with modern sophistication. Shot on an industrial set that reveals the manufacturing process of Burberry’s clothing, and with subtly military-influenced styling, photography by Davit Giorgadze recalls the imagery of WWI bomb factories. Large textile machines hum in the background and churn out swathes of Burberry check while trench coat-clad models meet our gaze in the foreground of Giorgadze’s harmonious compositions.

The accompanying short film explores the same imagery while introducing additional elements to create an evocative and atmospheric experience. Quick cuts to shots of animals or flowers interspersed through longer shots of the models introduce a sense of the organic into the industrial. A pulsing electronic soundtrack and stark lighting wrap the elements of the film in a minimalist modernism.

The inclusion of the actual manufacturing process of the clothing makes this campaign feel unique and exciting. The garment is presented not merely as a timeless artifact to be purchased, but an artistic product with a history and a connection to many lives. With this campaign, Burberry has wisely brought the viewer and consumer into this process.