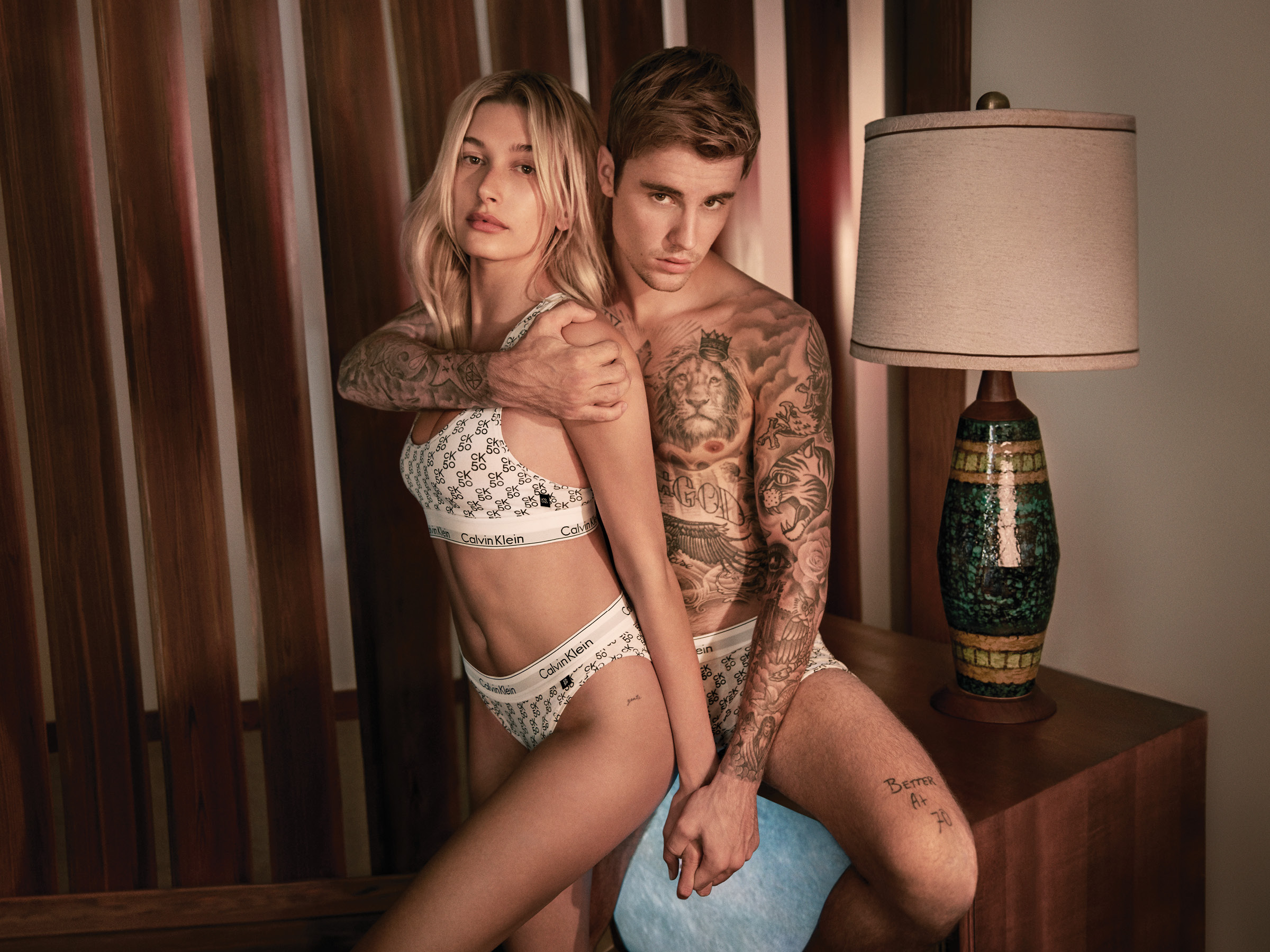 In 1968 Calvin Klein set up a coat shop in the York Hotel in New York City, with little more than a dream and an investment of $10,000. Who knew then that the designer would change the landscape of fashion marketing twelve-years later when on November 19, 1980, CBS banned his Calvin Klein jean advertisement featuring a 15-year-old Brooke Shields uttering the most iconic of fashion taglines.

The designer’s propensity for walking the razor edge of culturally ()appropriate advertising went on to drive the house’s global expansion, making him both a household name and case-study in the power of marketing. With the help of art directors Sam Shahid and Fabien Baron, Calvin Klein steered his label to rebel, disrupt, and most of all, be talked about.

Today under Calvin Klein Creative Director Cedric Murac, the house is celebrating 50 years of self-expression and provocation with the CK50 collection, a special capsule of iconic styles featuring a limited edition CK50 logo treatment. To get the word out Murac enlisted photographer Glen Luchford and went back to the recent well of spokespeople including Justin Bieber, Kendall Jenner A$AP Rocky while ing in Bieber’s better half, wife Hailey.

The campaign is led by a video designed to encapsulate Calvin Klein over the years from the Space Age to the Digital Age, mixing in scenes from the 70s, 80s, 90s, 00s to today as vignettes of Studio 54 meld into graffiti subway scenes to black and white studio scenes to selfie snaps.

The liner notes from the accompanying press release imply ‘the campaign captures the rebellious spirit that has shaped the brand over the last 50 years.’ The main question is how? Calvin Klein’s marketing messages had always strived to be the pinnacle of hypersensual, hyper-sexualized, cutting-edge narrative that was ahead of the moment and led the industry. The latest campaign is as if the brand had been processed through a filter of Disney and cast with ex-Nickelodeon stars. The only element aligned with the heritage of the advertising is the leveraging of young talent within the cast. While a case could be made that they align each of the decades within the video with the background ‘set’ of the house at the time, just because a film is shot at the same location, doesn’t make the themes or the message of the film the same.

Calvin Klein wasn’t just ‘present’ during these decades. The label wasn’t sitting on the couch ideally watching what was going on. Calvin Klein participated, it provoked discussion, stood out on its own through risk. After being banned in 1980, Calvin went on to be banned again and again. He strived for it because he knew that only then did the core values of the house become entrenched and word of mouth would keep the label relevant.

We want Calvin Klein to make it the next 50 years, but if it continues down its current path, that road will lead to the same destination as Liz Claiborne, a vanilla cul-de-sac.