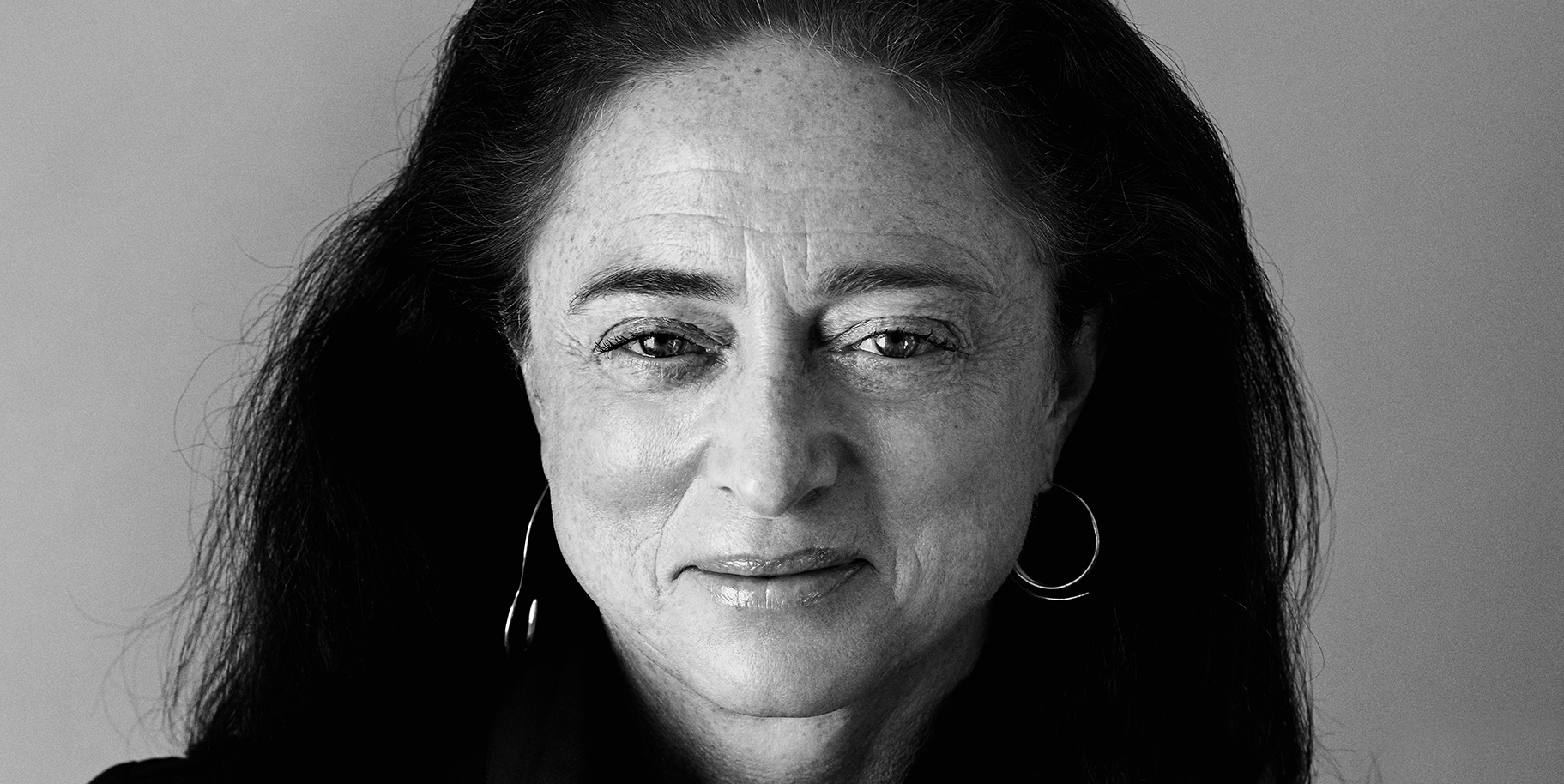 As a champion of creative talents for over three decades, Camilla Lowther has the wisdom and knowhow to navigate the dynamic waters of fashion image creativity. Managing careers of celebrated photographers, stylist, set designers, casting directors, hair, makeup and other image makers, the founder of London and New York based CLM has earned a reputation of trust and fairness across the industry. The Impression’s Kenneth Richard sat with the ever-curious creative champion to learn about her journey, adapting to change, and how she navigates todays uncharted waters.

Kenneth Richard: Camilla, lovely to see you and connect to hear about your journey, how did you start?Camilla Lowther: I wanted to become an actress, and when that didn’t happen, I worked a bit for Laura Ashley back when she was cool. Nick Ashley was my best friend and creative director for Laura, and Jane Ashley was the photographer. I was her assistant. Along the way, I met Annette Worsley-Taylor in London, who was head of the London Designer Collections, which later became the British Fashion Council. This was the late seventies, early eighties. I worked for her as a PA and then left to work with Lindy Woodhead, who was one of the leading fashion PR’s in London at the time. While working for Lindy, I became friends with a photographer’s assistant who worked on bridal catalogues. As I was very good at ironing, I helped with the ironing of wedding dresses! The photographer assistant became a big name, Perry Ogden, and I left to work for him.

Kenneth Richard: What did you do?
Camilla Lowther: I did everything. I was his in-house agent, studio manager, I did his books, the cooking, swept the studio, I helped with the sets, and the ironing of course. I traveled with him, etc. In 1984 it was very Mad Men. It was all about advertising, cigarettes, and alcohol. It was very much a man’s world.

Kenneth Richard: So, you started with Perry and then a couple of other people?
Camilla Lowther: Yes, Sarajane Hoare. Stylists weren’t big like they are now. Most stylists belonged to something, like a magazine or newspaper. There weren’t such things as freelance stylists. They didn’t carry the enormous power that they have today.

It was more creative back then because we had more time to be creative, and there wasn’t so much at stake (or so it seemed). We also had more time, so much more time. We weren’t really concerned about making money. As long as I had enough money to pay rent and eat, I wasn’t thinking, I’m gonna build a big company and sell it. It never occurred to me.

The thing that made us money at that time was music. That’s how I survived the eighties, off album covers. There was The Rolling Stones, Simply Red, Wet Wet Wet, Lenny Kravitz, Sade, Boy George, etc. Change really came in the 1990’s. Grunge was the big change at the time. I was repping Corinne Day, and she got the Barneys’ campaign with Ronnie Cooke Newhouse. Ronnie then left to work for Calvin Klein. Everything from then on exploded. All the photographers who I knew as assistants─ Glen Luchford, David Sims, Mario Sorrenti─ suddenly rose. The young gave the old a run for their money, and they should. They were exciting times.

Kenneth Richard: You’ve seen an evolution that is parallel to today. Why is it so similar?
Camilla Lowther: Now, the new young are swooping in and rising to the top. It’s their time, I suppose. A lot of the clients are young, and the art directors are young, and they don’t want to work with somebody that really makes them tick. They want to hang with their peers. They don’t want to be in a studio or go on a trip with a load of people who want to leave at five. Maybe they want to shoot until 3:00am, or hang out. It’s the nature of the beast.

Kenneth Richard: And here I thought we were hanging until 3:00am, which upon meeting your husband and friends here today, confident you could do. So, what makes for a good client-agent relationship?
Camilla Lowther: That’s a tough question. I don’t necessarily interface with clients directly. I might interface with the creative director or the agency. However, I think respect. I respect them, they respect me, and they respect the people I look after. I think that’s what’s important. At the end of the day, I’m a salesperson. My job is to open doors and show them the work. It’s about the artist, not me. If they don’t like the artist, I would hope they’d have enough respect for me to tell me they don’t like the artist work.

Kenneth Richard: So inverse, what makes for a good client-artist relationship?
Camilla Lowther: Again, I think its respect for what they do. If you’re asking a photographer or a stylist to do a job, then you have to respect their taste and their opinion. Trust too. Any good, long-standing relationship is built off trust. I don’t take it personally when someone chooses not to use my photographer, and it doesn’t mean I’m not their friend. I’ve been doing this for 35 years, and a lot of the people I know, I’ve known for many years. I’d hope they’d respect the people I represent. In turn, I respect what they do. Sometimes, people don’t have a job for you for a long time, but I still go see them and show them things.

Kenneth Richard: Other than talent, what makes a great artist?
Camilla Lowther: Manners, especially now. It’s been a bit out of whack for too long a time. You can’t be a bully. You’ve got to say, “Please,” and, “Thank you.” Manners are free as well.

Kenneth Richard: Is the role the same today as it was five years ago?
Camilla Lowther:

Yes, it’s just harder. There’s so much and you’re having to manage costs, because there’s less money. There are so many deliverables now. The money has to go to so many different places. The demands are greater because you’ve got social media to consider. And there’s much competition. Everybody thinks they’re a photographer, and I don’t think they are.

There’s also a lot of stylists out there. I’m not saying there’s not a lot of good stylists or photographers, but there are a lot of them!

Kenneth Richard: Why is there no time?
Camilla Lowther: I would like to know the answer to that question.

Kenneth Richard: Perhaps because brands have turned into content publishers with digital narrative that requires volume. And they like to work with the same people, so as their needs have gone up, your talents time has been sucked up. If they played the field, you and your talent would have more time. But they don’t because they need that trust.
Camilla Lowther: I understand because that’s about trust, respect, and there’s a lot of money at stake.

I was talking to another creative director, who said he was on set the other day, and there were 130 people doing many different things. Nowadays, you have one day to do everything; stills, film, and social. You may even be interviewing everybody to see what they think about the shoot. The photographer has to be able to orchestrate all of that. That’s an awful lot to ask of anybody. Think of how much money is at stake – and the client can’t afford mistakes.

Kenneth Richard: Where do you think things are going?
Camilla Lowther: Moving images is interesting, but it needs to tell a story, and some photographers don’t know how to do that. I don’t know what’s going to happen to magazines, but I personally think that everybody still loves them. Maybe this generation isn’t looking at magazines the way you and I used to look at magazines, but I still think that they like to look at beautiful imagery, and they like to touch them. Maybe magazines need to think about only coming in twice or four times a year and be very luxurious. I know Adwoa keeps the really beautiful magazines. I know some of the other kids I’ve talked to do as well. Maybe some of the disposable magazines need to think about turning their magazine into something beautiful, luxurious, and of a fantasy. We just need to dream…

I love the dream. I love the end product. I love the people. I wouldn’t still be here if I didn’t. I love being a part of a team and seeing the finished product. You see the brochure, or the advertising campaign, or the film, and you think, God, I was part of that? I still get a kick from that.

Kenneth Richard: And we get a kick from you. Thank you so much, Camilla.
Camilla Lowther: Thank you very much.