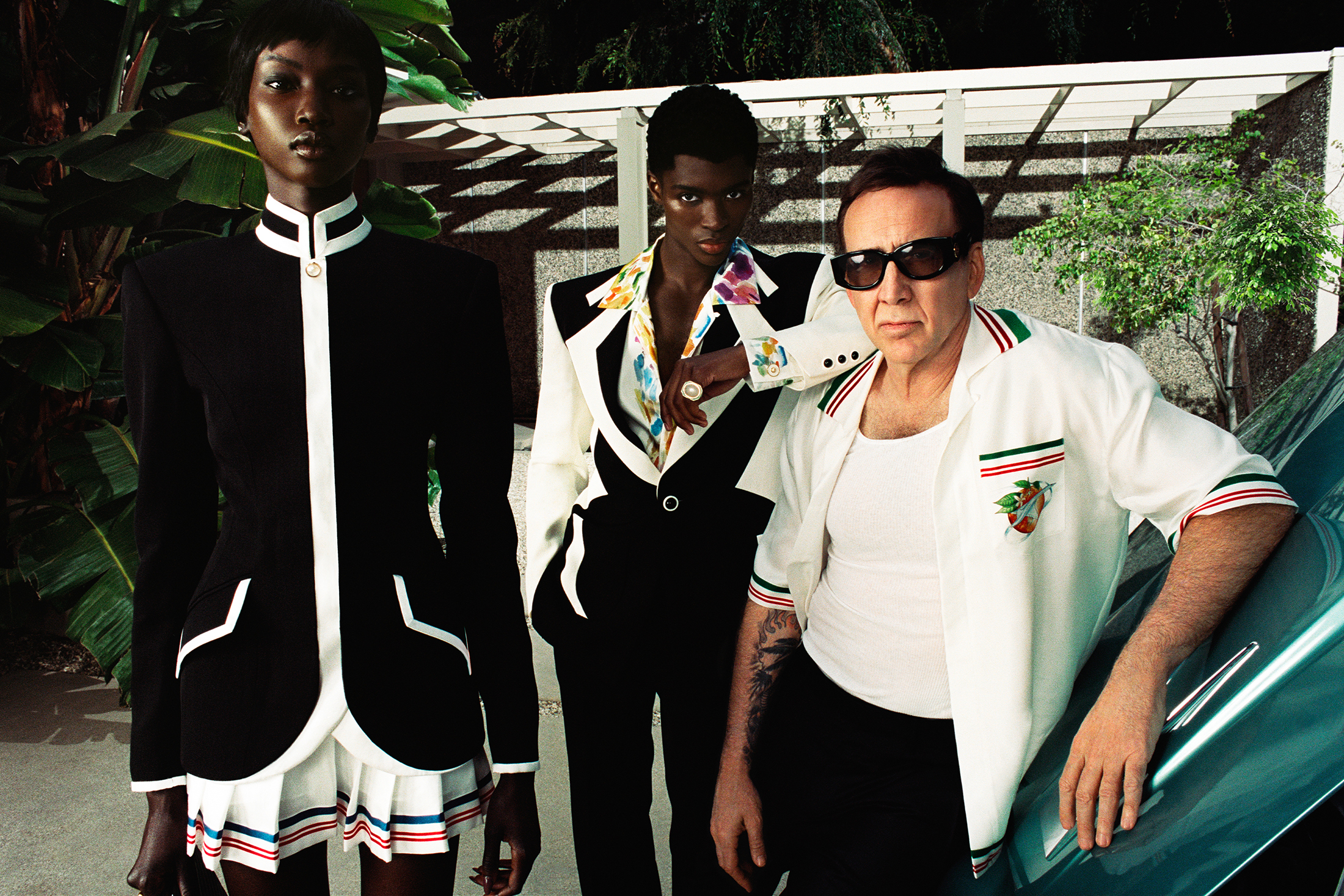 The legendary Nicolas Cage is the latest star to enter Casablanca’s cult of personality. The actor is captured for the brand’s new Fall 2022 campaign by photographer Hugo Comte.

Tapping into Cage’s status as an emblem of contemporary Hollywood culture and identity, the campaign conjures a romantic daydream of Los Angeles living. Cars, pools, and palm trees form a backdrop as the actor, joined by models Anok Yai and Alton Mason, lounges lavishly and lives large.

Comte was further inspired by the early work of painter Eric Fischl, whose work – in addition to evincing a similar fondness for swimming pools – captures the decadence and decay of American culture through the lens of suburbia. While a the campaign lacks the direct cultural criticism present in Fischl’s work in favor of a semi-ironic, semi-sincere celebration of this lifestyle, we can feel the presence of the inspiration in Comte’s layered compositions and sensitivity to the figures and poses of his subjects.

While Cage may be famed for almost never saying no to a movie role, his prior appearance in fashion campaigns has been almost non-existent. While his mere appearance would be enough to get everyone talking, Casablanca takes it further, making a genuinely smart and meaningful casting choice for a campaign that playfully reconsiders Hollywood icons and iconoclasts.

Is this the start of Nicolas Cage, style icon? Are more campaigns to come? We certainly wouldn’t be surprised, but this one will be a tough act to follow.