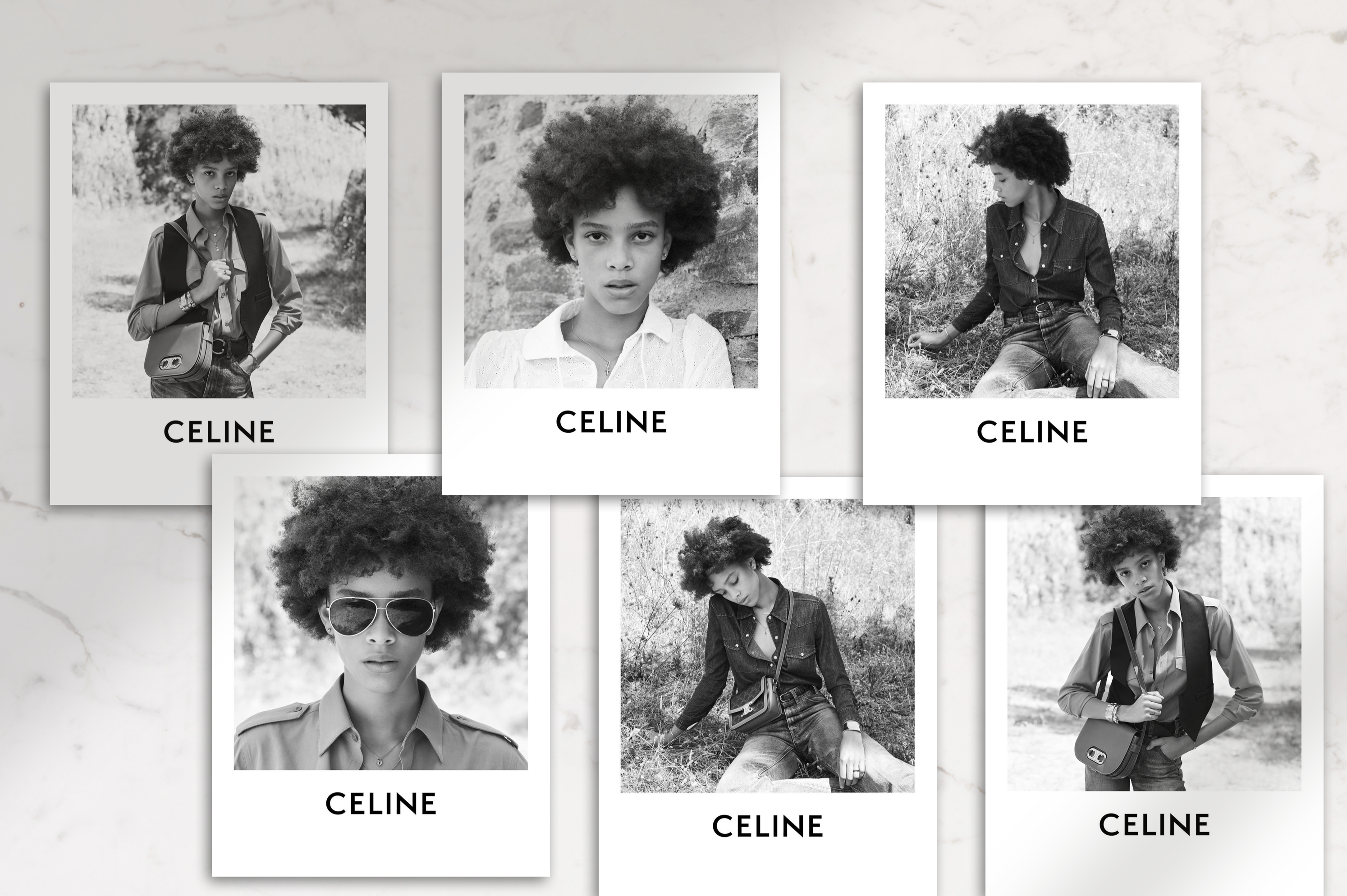 Photographed by creative director Hedi Slimane in St. Tropez on the southern coast of France, the campaign celebrates the house’s new Plein Soleil collection. The young model brings an effortlessly cool energy coupled with a natural beauty that perfectly matches the last days of summer feel. Slimane captures her in his signature black-and-white style, finding a sense of soft cohesion between his subject and the wildflowers and trees of the setting.

Though it is understated and quietly beautiful, the campaign forms an important moment for Celine. Hedi Slimane has recently faced criticism and accusations of racism, and his personal Instagram account – which consists of his artistic work and does not feature a single nonwhite person – has been pointed to as strong evidence. Celine’s account fares a little better. Especially in the reignition of the Black Lives Matter movement, questions have been raised on whether there was not a deep tension between what Celine values as a brand, and who their creative director is as a person and artist.

This campaign is just a start to rectifying those issues, but it is a beautiful one. The inclusion of black models and other people of color should be a norm, not something that needs to be celebrated, and so it is great to see these images of Mombot incorporated so naturally and beautifully into Celine’s established aesthetic. She is a young model and a fresh face – this is her first major campaign, and seems to be one of her first campaigns ever – and Celine has supported her to make a stunning first impression. We are excited to see where her career goes, and hope to see more progress from Celine.