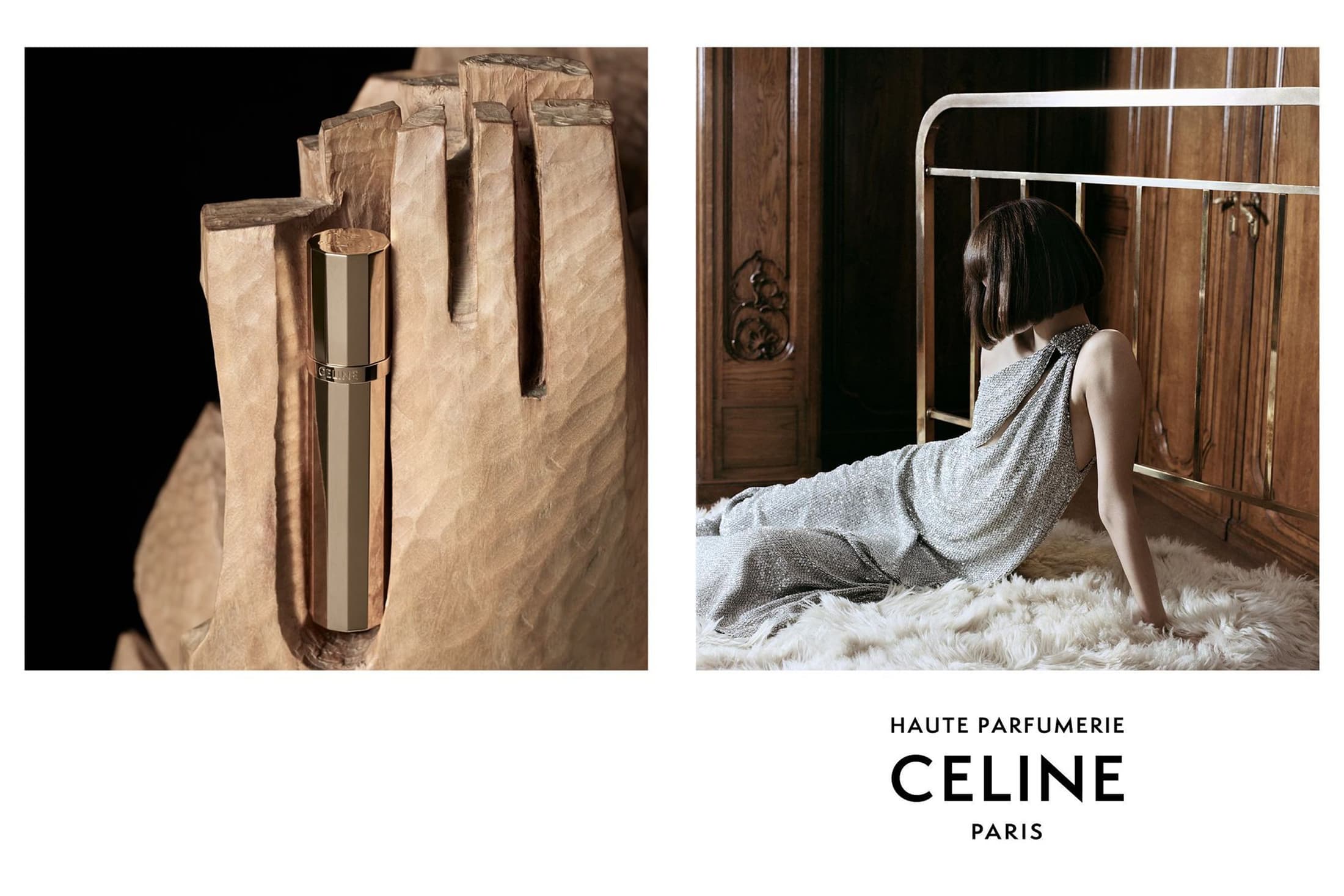 Casting Lisa as the poetic and romantic protagonist of a lavish melodrama, the film follows the star with dreamy cinematography as she lounges in opulent Parisian interiors or lets her famous bangs blow in the wind as she leans out a car window. The Velvet Underground’s dreamy all-time classic “Pale Blue Eyes” works wonderfully with the film’s mood and its director’s penchant for reviving classic alternative-rock style.

Interspersed among these atmospheric shots – which are captured in both color and black and white – is close-up color footage of the perfume bottle itself as it sparkles under lights, its golden liquid hinting at sensuality, opulence, and romance. Mood-inducing product shots are an especially important feature of a fragrance campaign, emphasizing its character and covetability in place of being actually able to smell it, and these are deployed particularly well. It’s also a thoughtful styling choice to dress Lisa in shimmering sequins and metallics that echo the bottle’s design.

Ever since Lisa first appeared as a Celine ambassador in September of 2020, the K-pop megastar’s legion of fans have been clamoring for her return, sometimes bombing the brand’s Instagram posts with demands for more Lisa content. Recognizing the singer’s star power as a not-so-secret weapon, Slimane is very smart to cast her in the brand’s first ever Haute Parfumerie campaign, making what was already a big debut far more impactful.