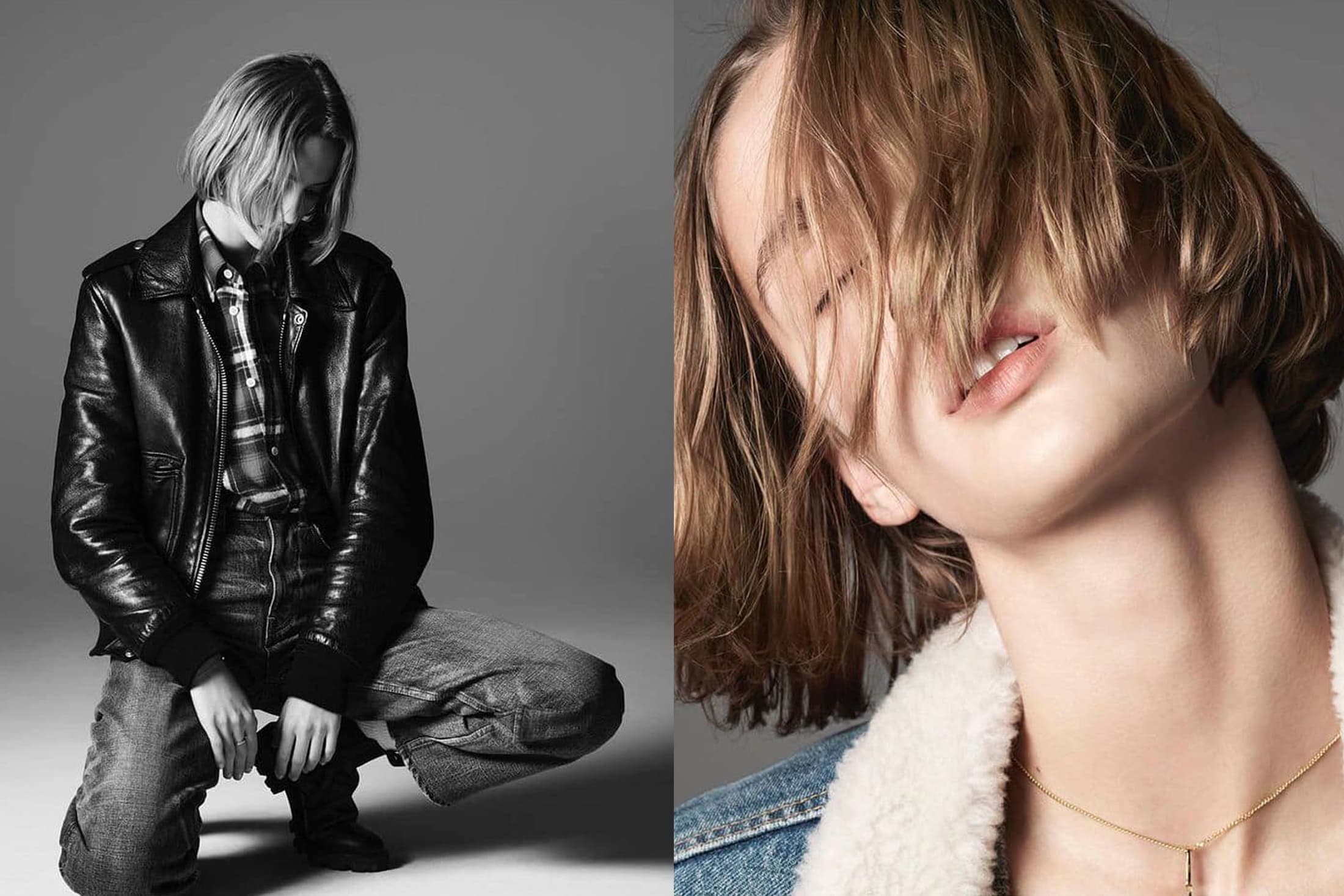 As part two of the ongoing campaign, the imagery further develops the first installment’s focus on straightforward dressing and personal style. Like that campaign, which introduced us to young model Tumi, this one marks the debut campaign of model Quinn Mora. Shooting in both color and black and white, Slimane captures her in a range of straightforward staples: overshirts, leather jackets, button-ups, and denim.

Taken together, the campaign’s two parts send a message that style is all about expression and reinvention, and that a classic piece is only as cool as the person wearing it – so it’s a good thing Slimane knows how to cast only the coolest.