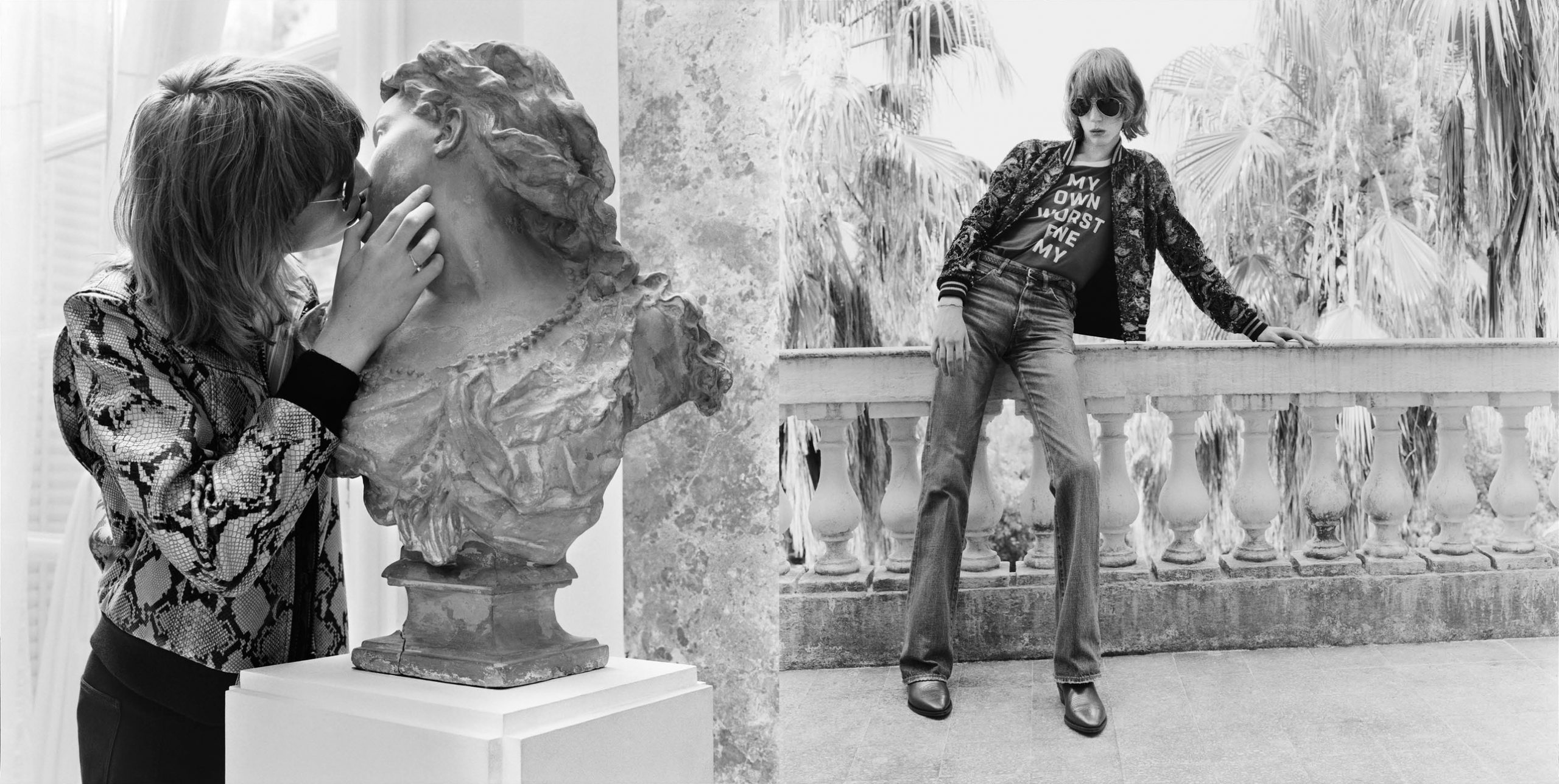 Celine Creative Director Hedi Slimane continues to follow his singular vision, with a Spring 2020 Men’s ad campaign that ticks all the boxes: black and white photography, check, waifish androgynous models, check, slightly retro 70’s styling, check. Though there is clearly a formulaic quality to the work, Slimane’s sensitivity and attention to detail give the proceedings an intimate feeling like a personal obsession, as if he is recreating his favorite fantasy over and over again using various youth as temporary avatars.

Photographed on location in Côte d’Azur, the campaign’s two films function as slide shows of the photographs, which slowly pan in time to the soundtrack of “Vile Man” by Acid Baby Jesus. This format has been used by Slimane in the past, and in this case it’s effectiveness has been heightened by the inclusion of short video clips that are randomly interspersed between the still photography. The result is subtly captivating because the three-dimensional atmospheres also move in time to the music, and no live humans are shown; the footage reveals only moving plants in tranquil nature scenes, and in one instance an eerily mesmerizing tree with foliage made of ostrich feathers. The omission of the young men in this moving imagery serves a dual purpose. First, it allows the viewer to imagine themselves lounging about in these idyllic environments. Second, it emphasizes the fact that the men in the photographs are muses, who have been captured by Slimane’s camera and frozen in time as objects of desire. The campaign provides evidence that it is possible to transmogrify personal obsessions into artistic forms in which the beauty one sees becomes universally accessible…as long as the artist has vision, skill, and patience to draw out corporeal essences.