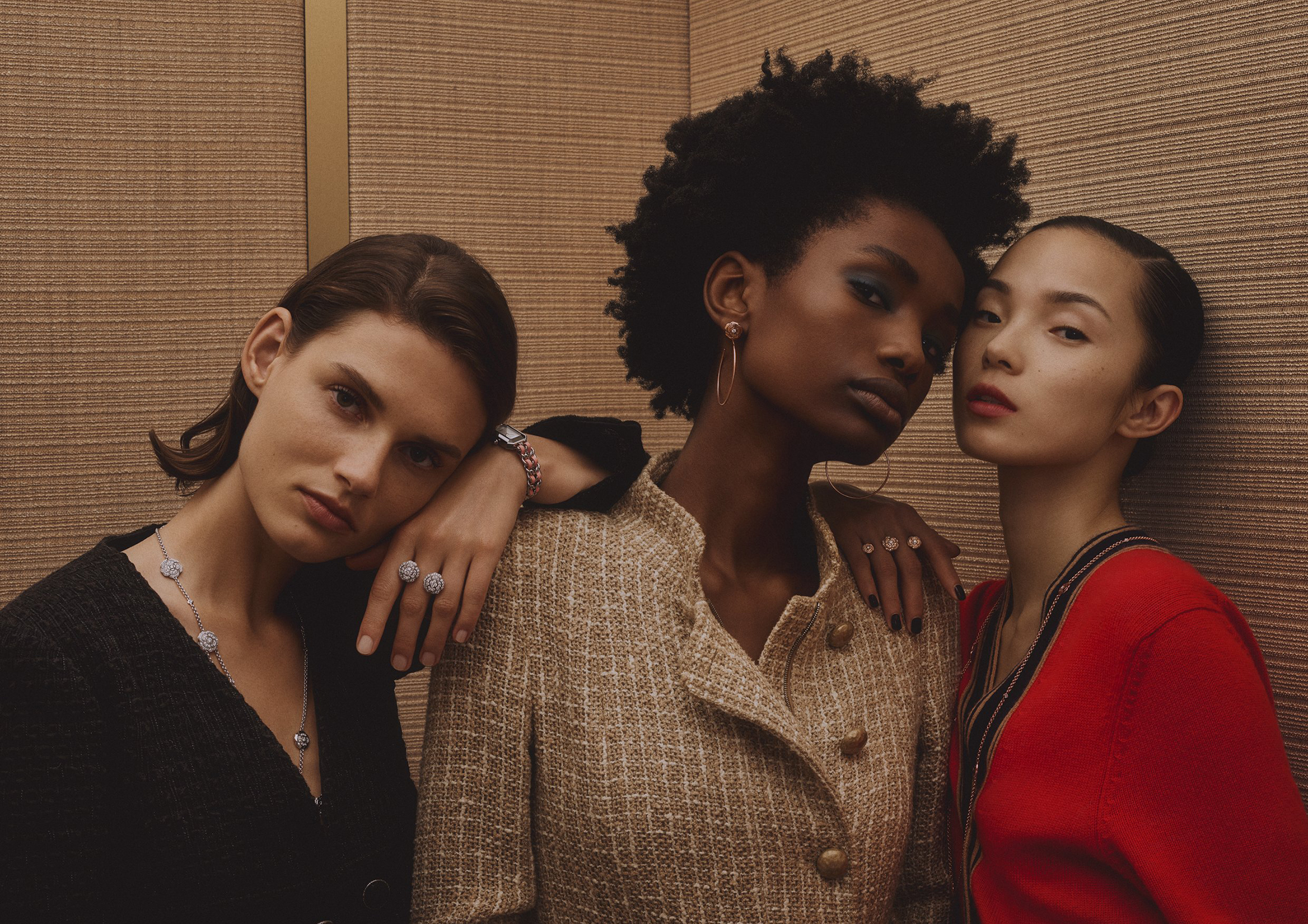 Over The Moon Spring 2020 Film Campaign

Chanel takes us on a journey to the moon with the film for their most recent jewelry collection.

The short film, titled “Over the Moon,” tells the simple story of four strangers who meet on an elevator ride to the moon. As they ascend through the floors and draw nearer to their destination a feeling of intimacy seems to develop among them, and spontaneous moments of fun bubble up as the friendship quickly deepens. The confined space of the elevator forces the camerawork to echo the feeling of intimacy, with symmetrical shots and sumptuous lighting also contributing to the sense of visual and emotional harmony.

Elegantly simple, the film is a restful reminder to focus on the journey rather than the destination. When much of the atmosphere around the fashion ad space feels competitive and confrontational, this unhurried celebration of new friendship feels like a breath of fresh air. We may never see them make it to the moon, but the trip there is already out of this world.