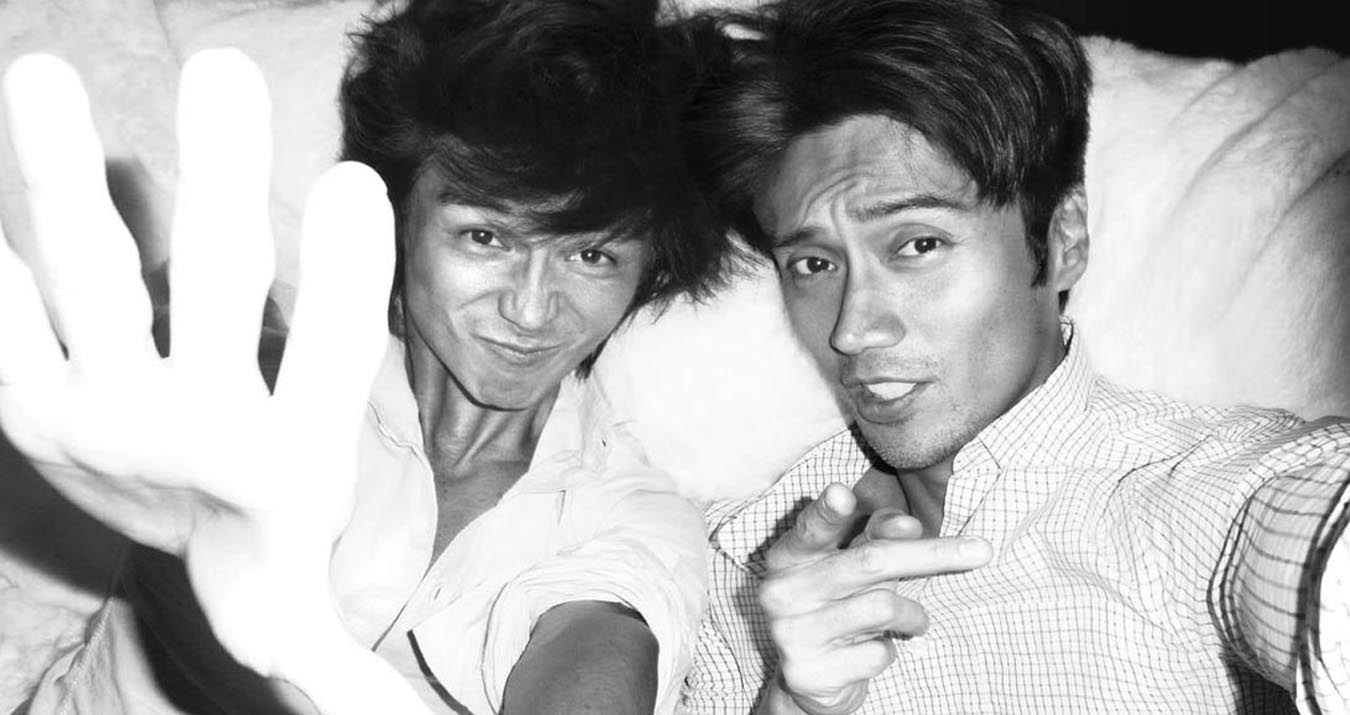 For over 10 years now the photography duo of ChuanDo and Frey have been using their discerning eye for details and aesthetics to produce high-octane images for international fashion titles such as Jalouse, Muse, Numéro & Numéro Homme (China), L’Officiel & L’Officiel Hommes (Singapore), Harper’s Bazaar (Singapore, China, Malaysia, and Thailand), Elle (Singapore, Spain and Czech) and Arena (Singapore). Beyond fashion titles, the duo has worked on various commercial projects, including Louis Vuitton (Asia), L’Oréal, Levi’s, and Motorola to name a few.

The Impression sat with the team recently to chat about the dynamics of working as a duo and upcoming projects.

Kenneth Richard: Hi guys, how have things been going for you? Can you tell us a few of the projects you’ve recently been working on?
ChuanDo & Frey: Hey Kenneth, things have been great! Apart from being invited to be the Creative Directors for L’Officiel Hommes Singapore, we just had some crazy fun shooting in New York. At first we expected it would be humid, but it wasn’t at all and we actually had some great time shooting outdoors, the teams were really helpful and we believe the shots are coming along very nicely! Should be exciting for the next few issues of L’Officiel Singapore and L’Officiel Hommes.

Kenneth Richard: In the past few years, photographers have begun working in pairs. What is it like working as a team? What are your individual roles and how do you bring the pieces together?
ChuanDo & Frey:We think it is not a pattern or a trend definitely, at least not for us, the connection is important, it is almost like we can read each other’s mind, that really keeps us moving and looking forward to every new day! It is always fun and enjoyable to work with someone who shares the same vision. What is more fun than to create and to translate our thoughts into physical art, be it photographs or films.

Kenneth Richard: You’ve mentioned that your style of photography is a method of conveying your thoughts and visions to define who you are as people. How would you define your style?
ChuanDo & Frey:We are very visual and sometimes things that we see affect us deeply, it could be something beautiful or ugly, whatever it is, I guess we are built in such a way, that is why we are drawn to the creative field of work. We have so much feelings inside of us that are waiting to burst out, so it is good that we can speak through our images.

We don’t think we have a style really; we shoot whatever we feel during that moment and whatever inspires or affects us.

Kenneth Richard: Tell us about your involvement with Action for Aids and the Breast Cancer Society.
ChuanDo & Frey:As advanced as we can be in this modern world, we human beings have also been facing diseases that we cannot shake off.

Our involvement with “Action for Aids” and “Breast Cancer Society” is just something we do within our power to help raise awareness, we play a small part to raise funds any way we can.

Kenneth Richard: You have worked with titles such as L’Officiel, Muse, Jalouse, and Elle, to name a few. What other titles would you love to work with?
ChuanDo & Frey:Very often what matters most are the people who are put together to churn out the magazine, these talents make the magazine what it is. No doubt, title is important, especially if we are talking about ‘A list’ titles like Vogue, Harpers Bazaar etc., but without the “correct” pool of talents, a title is just a title, and it will not survive for long, a very simple logic.

What’s important for us is to work with talented individuals in this industry, create something memorable together.

Kenneth Richard: If you could work with any talent, who would be the ideal model you’d like to photograph?
ChuanDo & Frey:There are just too many beautiful people in this world! Be it model or not.

Of course supermodels would be a bonus to work with as they know their stuff, but there are also a lot of faces who are not known to the world, who are just as equally amazing!

Kenneth Richard: You shot Janet Jackson’s album cover for Discipline. How was it different working with a vocal artist rather than the models you normally work with?
ChuanDo & Frey:Actually, there’s no difference. In fact, shooting Janet Jackson was one of our easiest shoots, it was something beyond our expectations, she is one of the most influential icons but she has no airs whatsoever. We would say she is easier than some of the supermodels we’ve worked with!