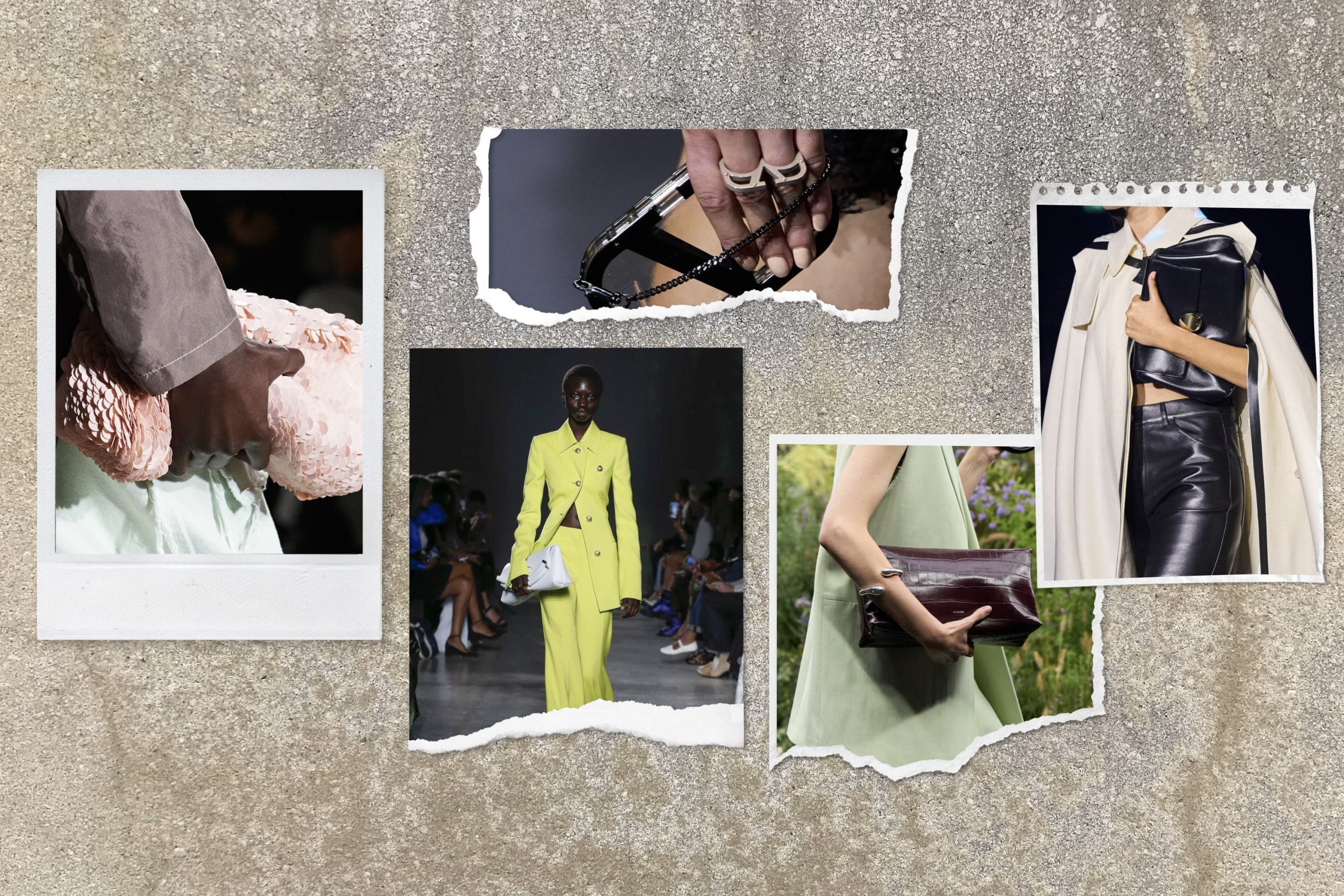 What might appear to be a diminutive little item is fast becoming the most nurturing addition to any wardrobe – whether for evening wear, or daywear – to carry essentials such as lipsticks, I-phones, or credit cards. Initially, the Clutch was not meant to have a strap or handle; it’s neither a wallet nor a purse; they are the finishing piece to any outfit when only just enough is required. Clutches date back to the 13th century, with a significant revival in the 20s and post-war for reasons more meaningful than today.

For S/S 23, designers take the Clutch and transform the iconic shapes into pieces to be held close; each with its own identity, purpose, and size. These covetable items are transformed into works of art; Wes Gordon at Caroline Herrera takes the shape and transforms it into a ladylike piece covered with romantic “Secret Garden Florals. At Balmain, Olivier Rousteing enlarged the bag and attached a wrist strap; the beauty lies in both the crafting elements and the fresco-style artwork.

The structure is all-important. Fendi’s inverted “F” of the FENDI appears on mouthwatering colored pieces and at Akris to partner the outfit, an envelope style just perfect enough for all plus phone. Gabriela Hearst held her clutches close, covered in gold attachments and folded neatly into the arm. And finally, the coup d’état at Dries Van Noten, the softest form in appliquéd silk petals. Who would not want to hold that close?