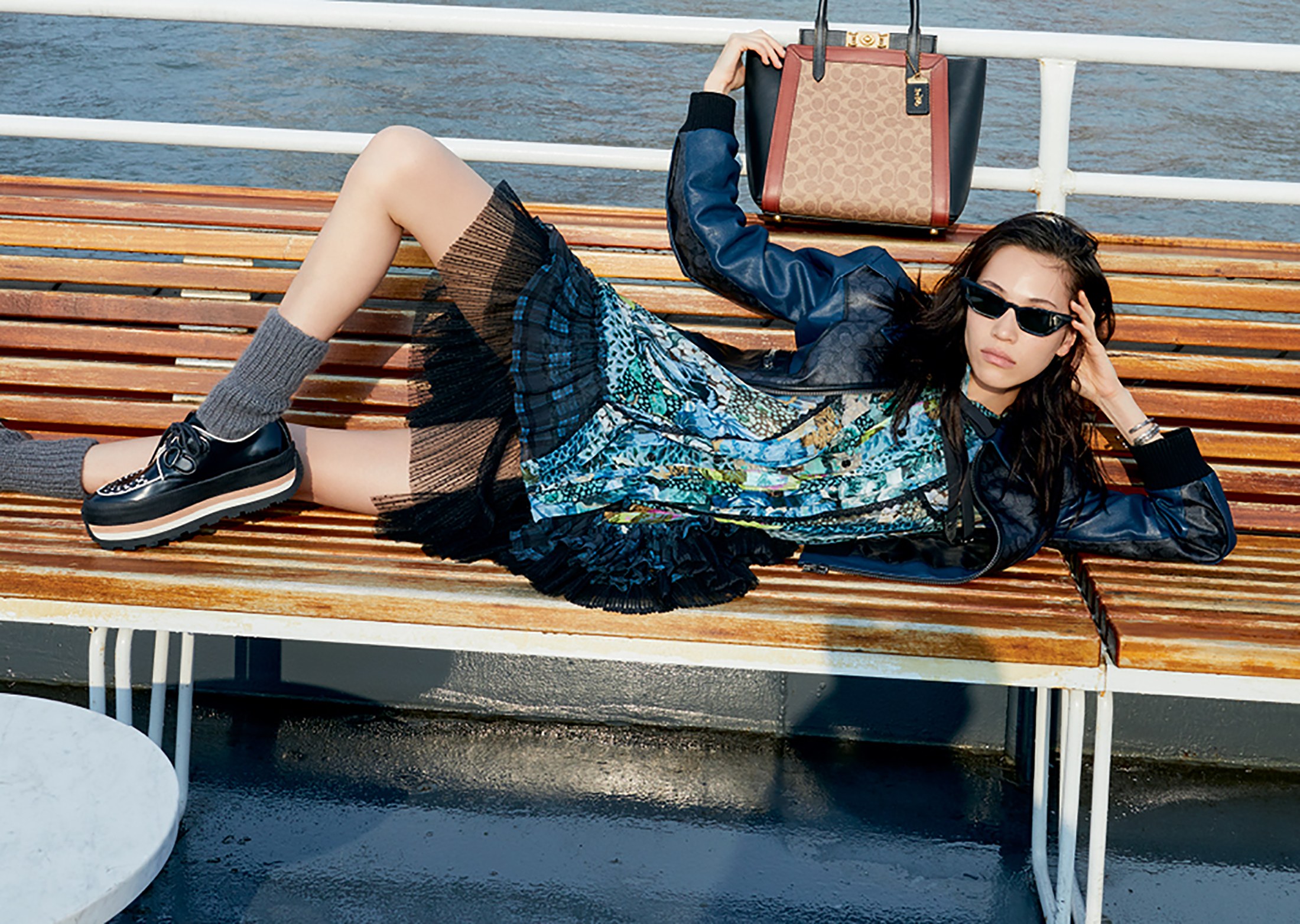 For a city that never sleeps, New York City is bursting with dreamers. And for those too busy on succeeding to bother with snoozing, Coach believes the only answer for us dreamers is to simply make your dreams reality. Their fall 2019 ad campaign slogan, ‘Dream it Real.,’ imagined by Coach’s creative director Stuart Vevers, has been used by the Empire State of mind brand for the past few years as the 20th-century house celebrates its visionary 21stcentury cast and city.

The campaign features a two-fold experience: a film by Todd showcasing the iconic locations of New York City and the campaign photos encompassing the lively cast and city shot by Juergen Teller. Together, they create the dichotomy of the Coach brand. Since its founding in 1941, Coach has been diligent in remaining true to its core values and mission of being the company that defines global luxury. Now, Vevers has voiced his evolved mission of inclusivity and originality, as seen in the campaign’s photos. The juxtaposition of the striking, powerful film by with lively, unpretentious images lensed by Teller create a mirror of the rigor and free-spiritedness combination the brand hopes to illustrate in this campaign and moving forward.

The exultant energy of 21stcentury Dreamers is captured in three things: playful personalities, inclusive individuals, and the authentic attitude of Juergen Teller’s photographs. Vevers comments on Teller’s ability to capture the reality that Dreamers in the Big Apple today face. Playing on the connected and correlated colors throughout the campaign, Teller highlights the fact that despite all differences, these driven individuals are still connected through their unashamed, fearless nature. The honesty in Teller’s photos the exact worldly vision Vevers hopes to take the house to in his time as creative director.

Juergen was my instinctive choice for Fall. He is able to create the warm, unpretentious and playful spirit I wanted. He is known for capturing the unique essence of his and is able to reveal the humanity and authentic personalities of our cast. His portrait of our home, New York City, is new and fresh in a way that speaks to my evolved vision for the house and the inclusive, unapologetic and free-spirited attitude that defines us.

Throughout the duration of the film, a poetic and inspiring narration from Michael B. Jordan and Yara Shahidi provokes and excites 21st-century Dreamers to believe in life’s infinite possibilities as they are transported through the most motivated city in the world. The heart of a dreamer is one to stand up for what you believe in, rising to any occasion unapologetically. This attitude one hopes to achieve and lead every day is the unique attribute Coach is advertising to possess. From brainstorming in Central Park to running through the Met, captures the determined and unapologetic attitude Coach and its birthplace, New York City, has to offer.

The fall 2019 ad campaign exhibits personality and mission as the Coach brand commends the spirit of New York City and its Dreamers. Through the work of Juergen Teller and Todd , Stuart Vevers and Coach make clear now is the perfect time as any to rise to the occasion. So, grab your Coach bag, Dreamers. The world is waiting.