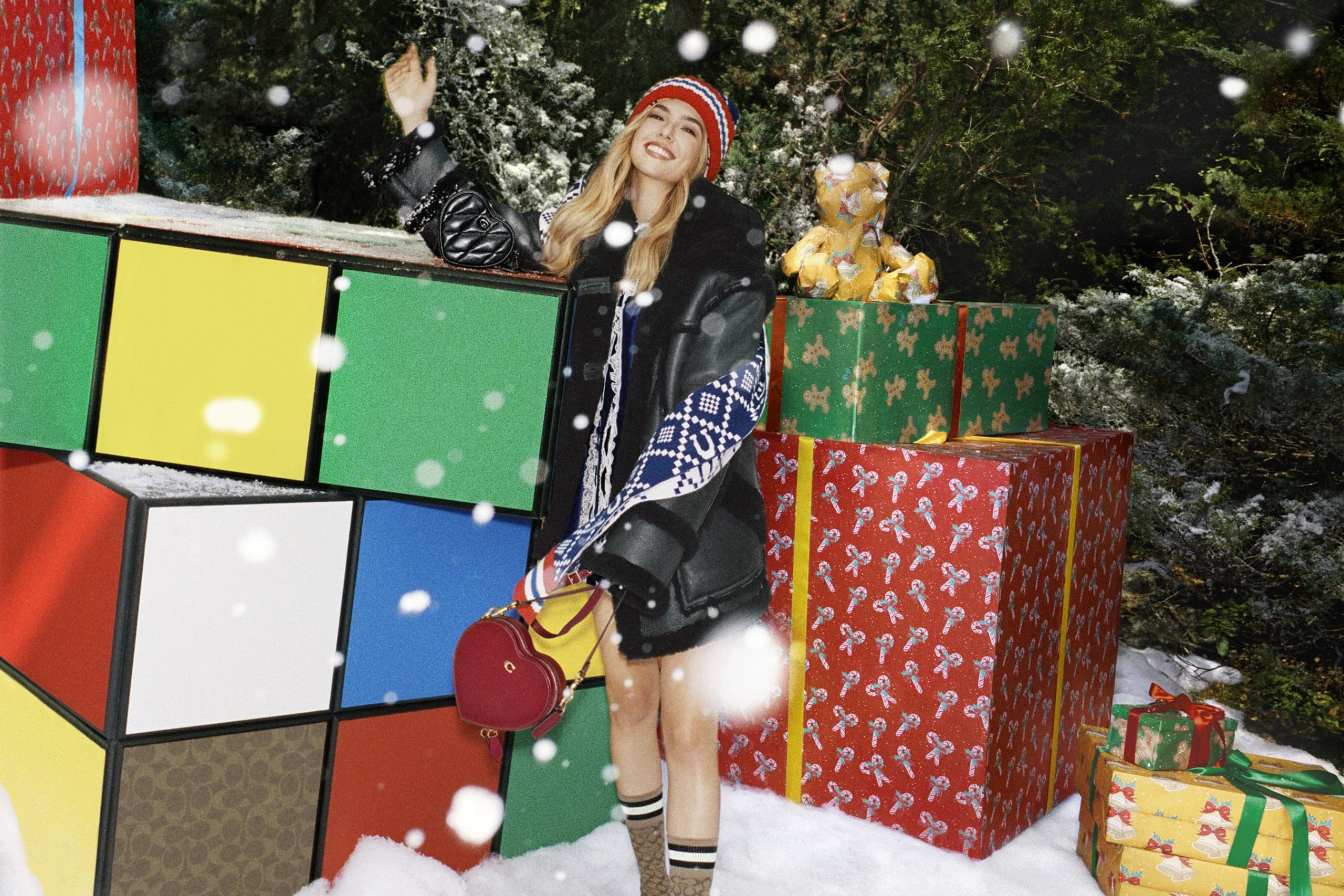 Coach invites us to a larger-than-life winter wonderland with its new Holiday 2022 campaign. Titled “Feel the Wonder,” the campaign features photography and direction by Anton Gottlob and stars returning brand ambassador Jennifer Lopez alongside actors Yoon Chan-young and Zoey Deutch.

The campaign imagery blows up the joy of waking up on the big day, opening presents, and dashing out into the snow into an immersive visual world. Surreally surrounded by an artificial blizzard in an outdoor set that remixes these nostalgic moments, the stars tear open presents, put the finishing touches on an upside-down snowman, trim a tree, and jump on a snow-covered trampoline, all while a bouncy electronic beat and dynamic, quickly cut shots keep things moving at a jingling pace.

Though visually exciting thanks to its smart editing, playful set design, and energetic cast, the campaign doesn’t rise to the same level of meaning as previous Coach campaigns that have called upon the Coach family – particularly the brand’s last holiday campaign – which feature returning personalities who have often starred alongside their actual family members, making for a genuineness and warmth we don’t often get to see in the staged world of fashion imagery. A celebration of togetherness and giving is the ideal time to call on such an asset, so it feels like a bit of a missed opportunity here.

That being said, a change in direction can often be a powerful tool. Coach has been making a solid push to expand the age range of its target audience in both directions, young and old. With its two younger stars and use of POV perspective à la TikTok unboxing videos, this campaign feels like it’s directed toward the former category, and it does succeed in capturing a youthful, effervescent energy, then ties it all up in a big shiny bow.