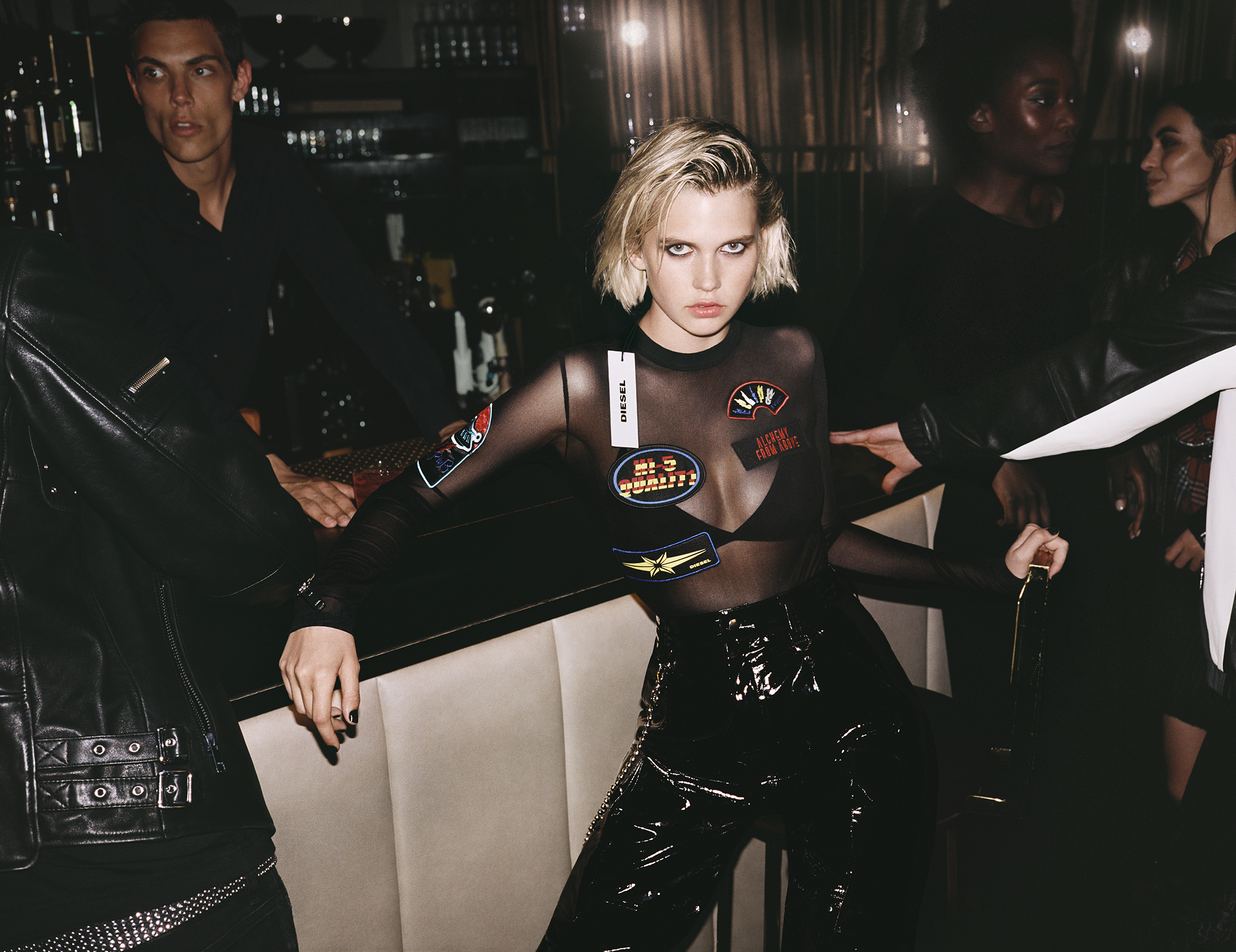 Diesel continues to punk themselves in another irreverent campaign inspired by “Wardrobing”; the act of buying an outfit, wearing it out, and then returning it.

The campaign, entitled “Enjoy Before Returning,” spins what most retailers would condemn into a tongue-in-cheek campaign that Diesel embraces. An ironic campaign film, directed by Similar But Different, portrays different partygoers enjoying the night in Diesel outfits with the tags prominently on display—outfits they will seemingly return the next day. Throughout the film, a voice-over ironically Diesel’s return policy.

The film pairs with images lensed by Angelo Pennetta, complete with nighttime revelers sporting hangtags that dangle left and right as badges of honor to the sport of ‘Wardrobing.’ To kick that competition off the house will host a “Return Party” at London Fashion Week.

The campaign is an outstanding follow-up to their films recent Hate Couture and Be A Follower campaigns poking fun at social media. Part of the genius is taking the rather dry return policy and adding some spice while presenting it almost as a dare to the same social media flock that is concerned about being lensed in the same outfit twice. While The Impression isn’t a big fan of hashtags, we are certain the #enjoybeforereturning has enough legs to become a charming lookbook at the campaigns end.