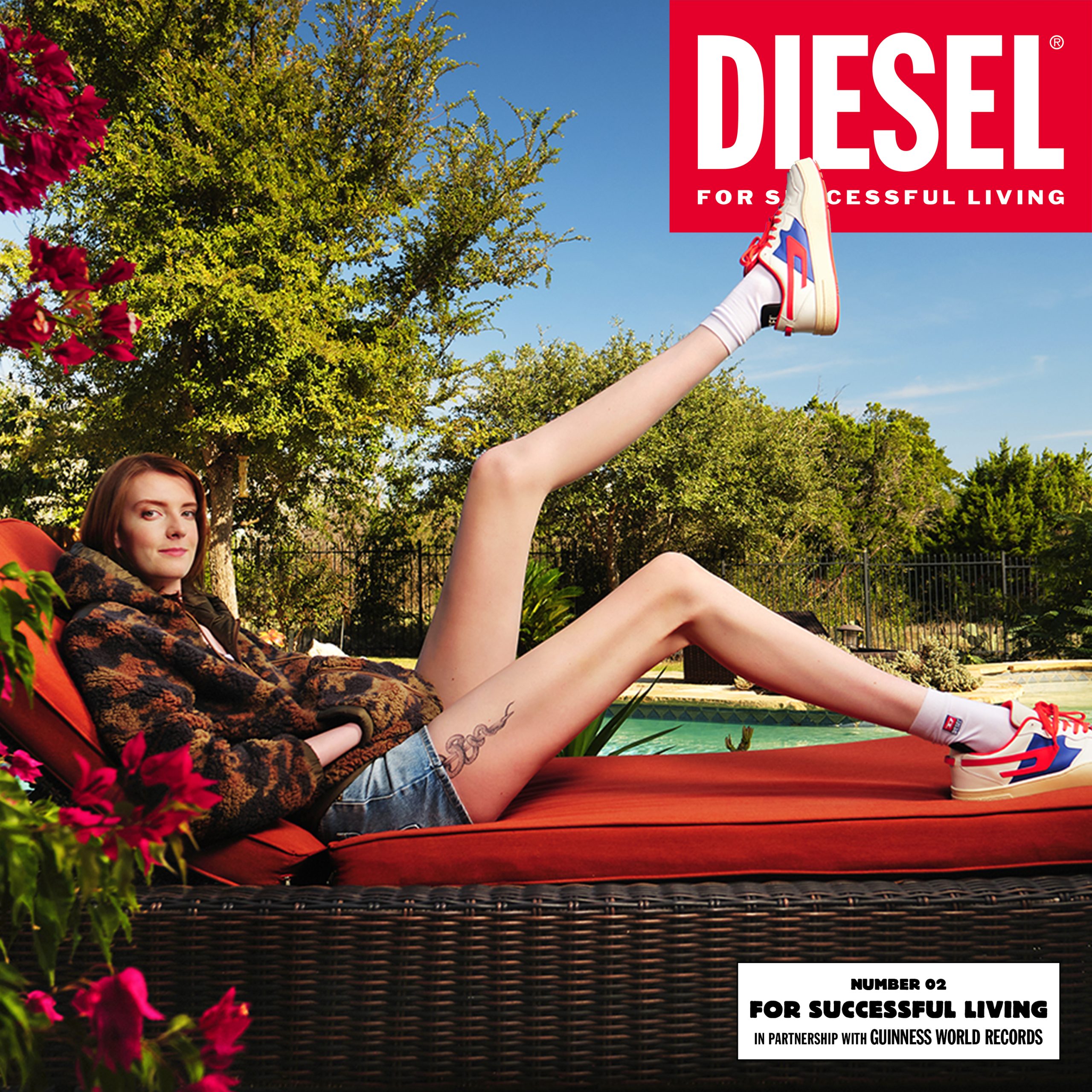 Diesel sets a new record for creative collaborations: through a partnership with Guinness World Records, the brand has launched a new campaign starring some of the world’s most impressive world record holders.

Diesel has seen an uptick in creativity since creative director Glenn Martens took the helm, and this campaign is yet another strong example of the house’s peerlessly unique creative vision. Partnering with Guinness World Records feels totally unexpected, yet totally brilliant.

In addition to making for some very fun and unusual imagery, the project demonstrates another aspect of Diesel’s “successful living:” an anti-conformist, out-of-the-ordinary celebration of uniqueness and achievement. Even if the campaign itself hasn’t (unlike its stars) smashed any records, it’s still smashing.