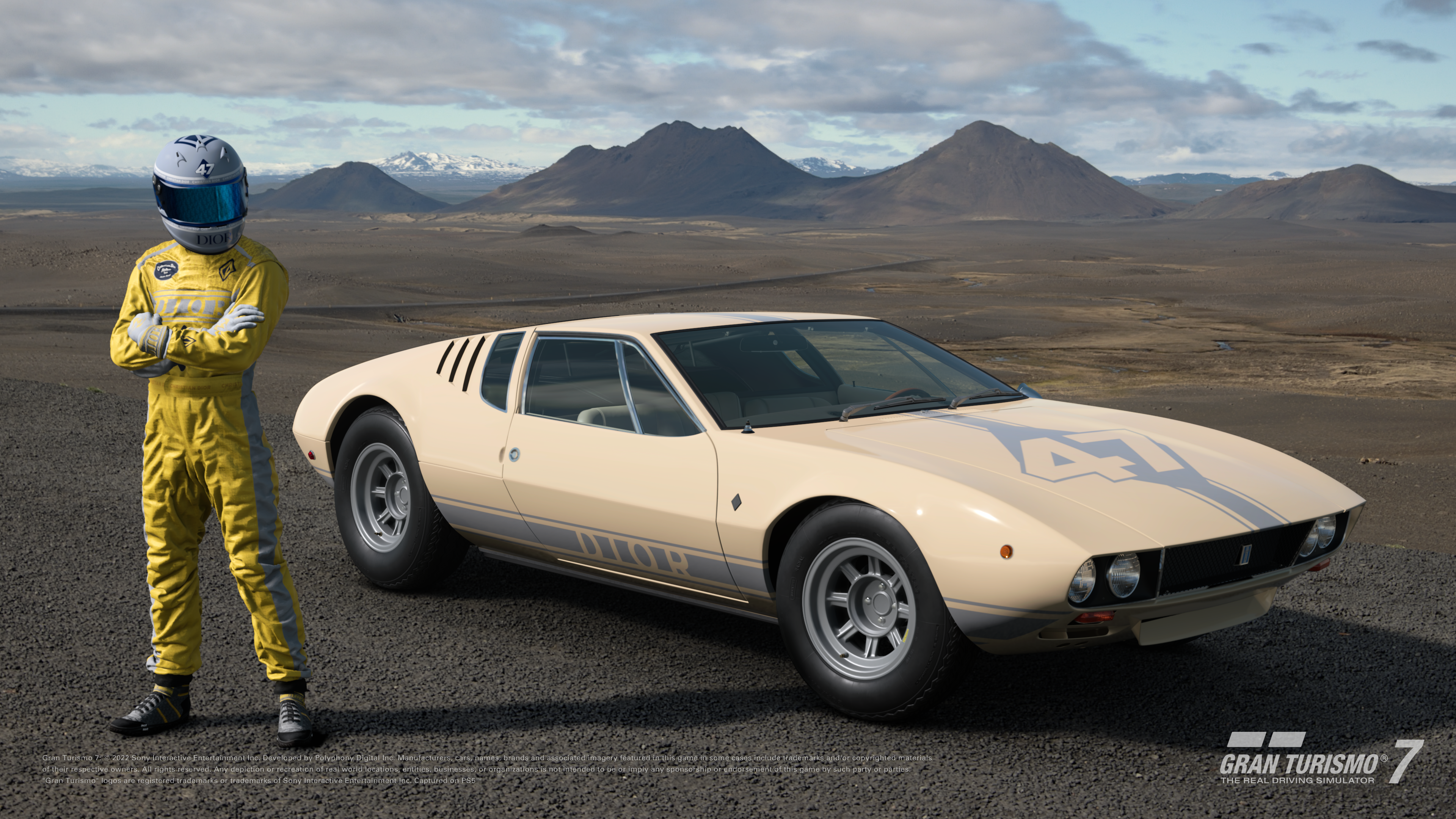 Dior has collaborated with the popular racing simulator game Gran Turismo 7, with men’s creative director Kim Jones designing a set of in-game virtual content: a “skin,” or outfit for the player’s character, and a car.

The skin takes shape across a set of racing coveralls realized in yellow and gray and adorned with familiar house motifs, complete with corresponding racing gloves and shoes and a race helmet. The number 47 appears in reference to the year of the house’s first runway show.

For the car, Jones imagined a vintage De Tomaso Mangusta decked out in a cream colorway with gray Dior racing decals.

This dialogue between Dior and the world of video games is a renewed invitation to push back the limits of creativity and imagination.”

The collaboration marks Dior’s first full-fledged digital fashion partnership, following its first experiment with the virtual world after it tested the waters with a partnership between its Miss Dior fragrance and virtual avatar platform Ready Player Me. Competitor brands like Gucci and Louis Vuitton much longer established presences in this field, with the former doing much work with NFTs, and the latter creating skins for the immensely popular League of Legends, as well as creating its own video game.

Gran Turismo 7 collaborations have included streetwear brand Anti Social Social Club and Tag Heuer. The new partnership with Dior represents the first luxury fashion house collaboration with custom pieces for the game. In addition to being a strong window to introduce a younger and broader consumer base to the brand, video game partnerships offer an opportunity to test engagement and appetite for virtual goods for potential future releases.