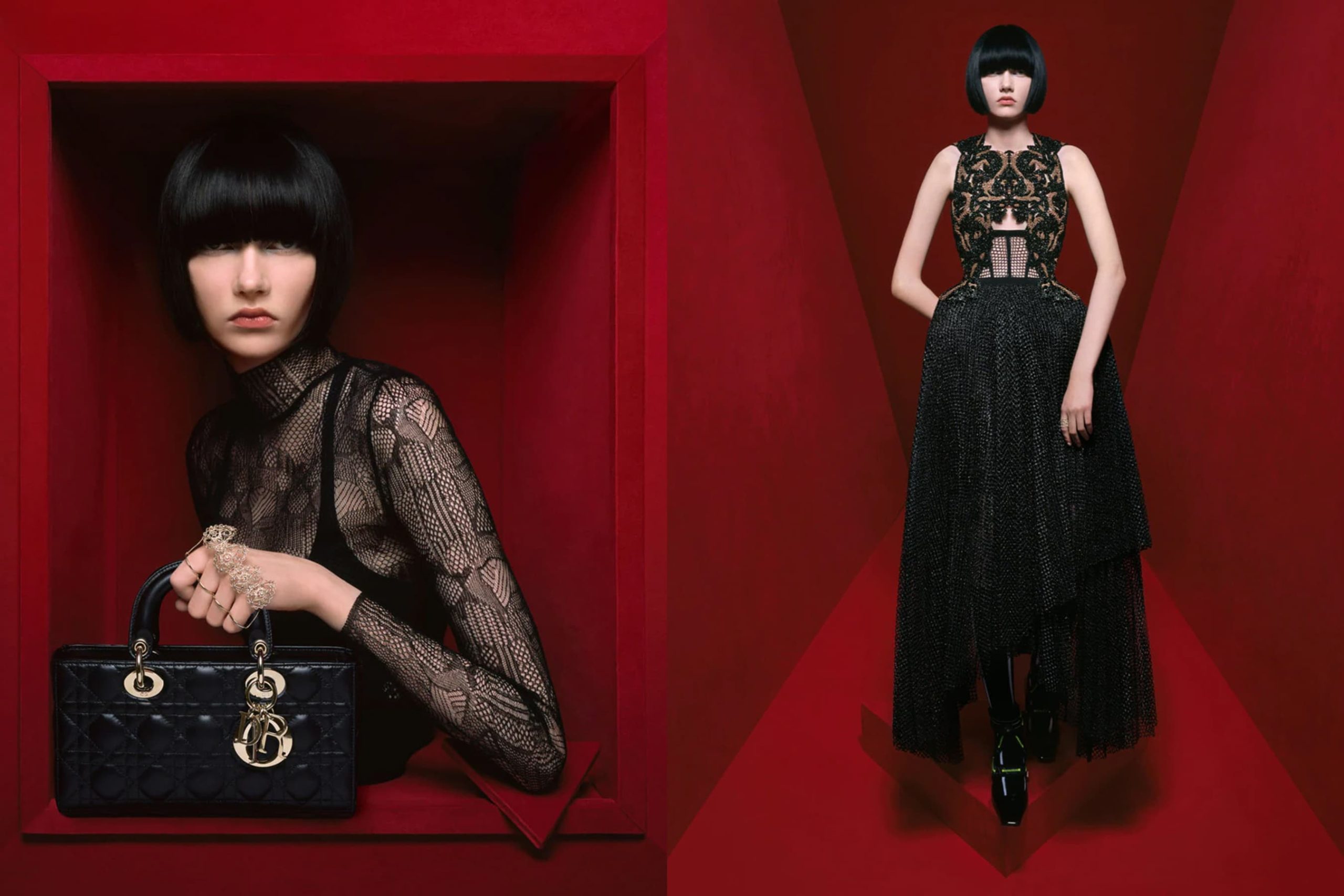 Dior breathes life into a cabinet of curiosities with its new campaign for Fall 2022 by photographer Brigitte Niedermair. But is this treasure trove rewriting a history of patriarchal colonialism, or capitalizing on it?

The campaign continues the collection’s celebration of Mariella Bettineschi and her piece The Next Era, an installation that subverts a classic portrait gallery through a contemporary, feminist lens, and that formed the backdrop of Dior Women’s creative director Maria Grazia Chiuri’s runway presentation.

In film and photography, Niedermair echoes this approach and reimagines the classic trend of the cabinet of curiosities that emerged in the sixteenth century. But while a traditional such cabinet would include dazzling ephemera from far-flung locales – narwhal tusks, powdered mummies, insects frozen in amber – Niedermair’s highlights the new Dior collection and the women who embody it. Tapping into the collection’s synthesis of historical aesthetics and forward-looking technology, the images find a snug compartment for these designs and invite the viewer to marvel at them.

Despite the promise of this concept however, the campaign lacks the visual punch we’ve come to expect from Dior, and feels a bit like a missed opportunity. Perhaps this former factor is due to the absence of Fabien Baron, the mastermind creative director behind the house’s previous women’s campaigns who has largely come to define its image, translating Chiuri’s concepts into complex yet immediate and striking visual worlds.

The cabinet of curiosities is of course deeply rooted in a history of colonialism (a tradition that still shapes many major museums and collections today), and the campaign could have done much more to directly and intentionally confront and rewrite this history, instead of simply capitalizing on it visually. And, even if we don’t think that situating women as objects of wonder to be possessed is objectifying, the referential imagery doesn’t have the same spirit of feminism that Chiuri sees in Bettineschi’s work, and that has characterized Chiuri’s own past work.

The campaign starts from a complex tradition with vast artistic and culturally critical potential, but refuses to go beyond its glittering surface, and thus fails to meet the visual and conceptual level we expect from Dior.