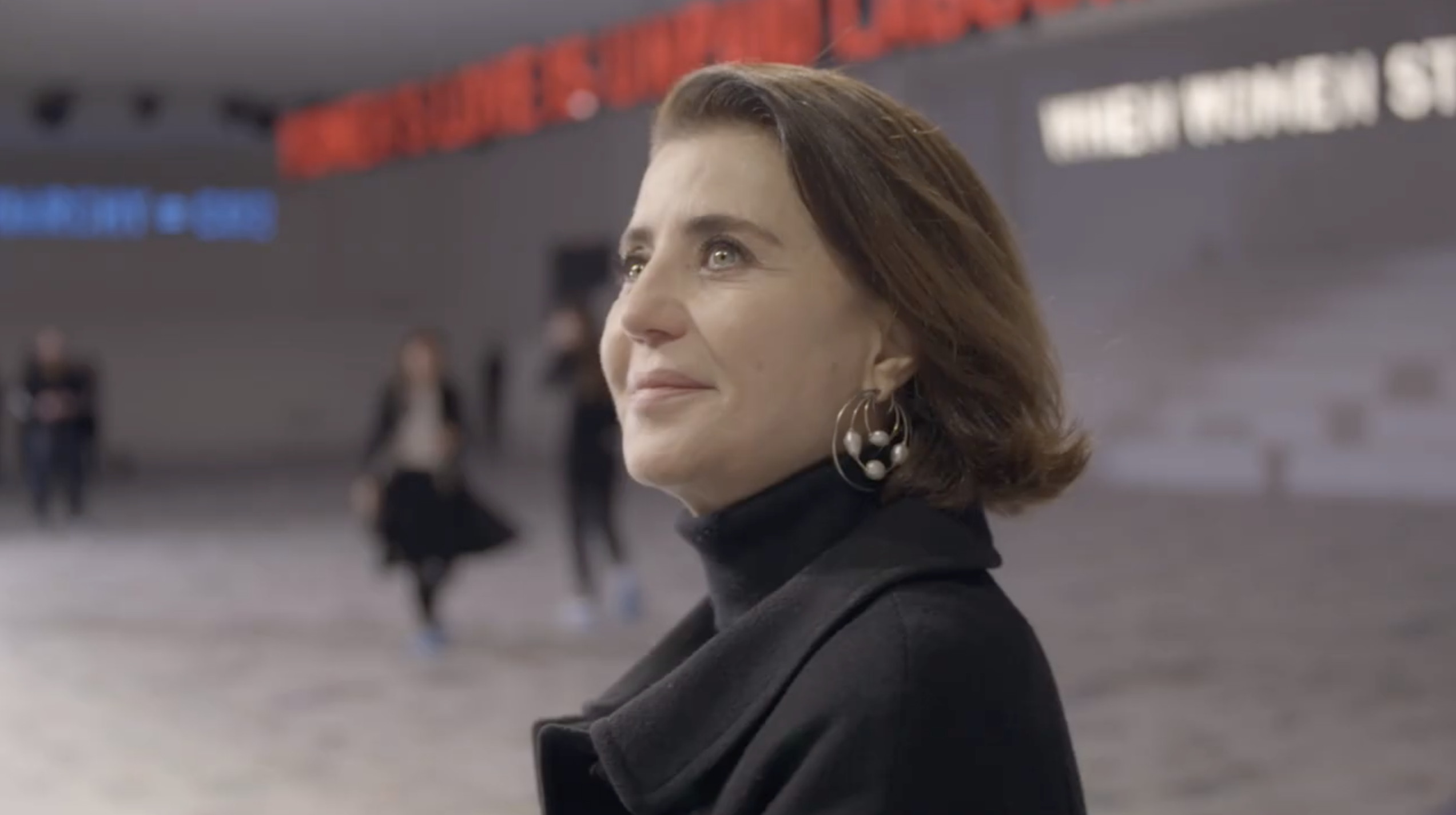 The podcast’s first series, dedicated to feminist art, is curated by Maria Grazia Chiuri, Dior’s creative director, and hosted by Katy Hessel, a London-based writer, curator and art historian. The first episode features a conversation between Hessel and Chiuri herself. The second episode features Judy Chicago, an iconic American artist known for her large collaborative installations which formed an essential part of the feminist art movement of the 70’s.

Now Dior has given us a preview of the series’ third installment, featuring Paola Ugolini, with a short film in which Ugolini discusses her history and current work. Most recently, Ugolini is a curator of the “Io Dico Io” exhibition at the Galleria Nazionale d’Arte Moderna e Contemporanea in Rome, which opens later this month. The exhibition, whose title translates to “I Say I,” is a show of some 30 female Italian artists, reflecting on self-representation and perceptions of femininity and feminism.

It is exciting to see an iconic and influential brand use their wide reach to create an accessible platform for discussion. With this podcast, Dior can pull from its large circle of collaborators and contacts to bring in voices that have crucial perspectives on contemporary issues related to the industry. The choice of feminist art as the first theme is timely and necessary. Dior’s recent women’s show featured assertive and colorful feminist sloganeering, and it is important to see them put their mouth where their money is. As the series continues, we hope to see the podcast feature the voices of trans women and women of color, as intersectionality is essential to feminist progress.

They say talk is cheap, but to see a luxury brand actually take the time and resources to reflect on its role in the industry and society – that’s priceless.