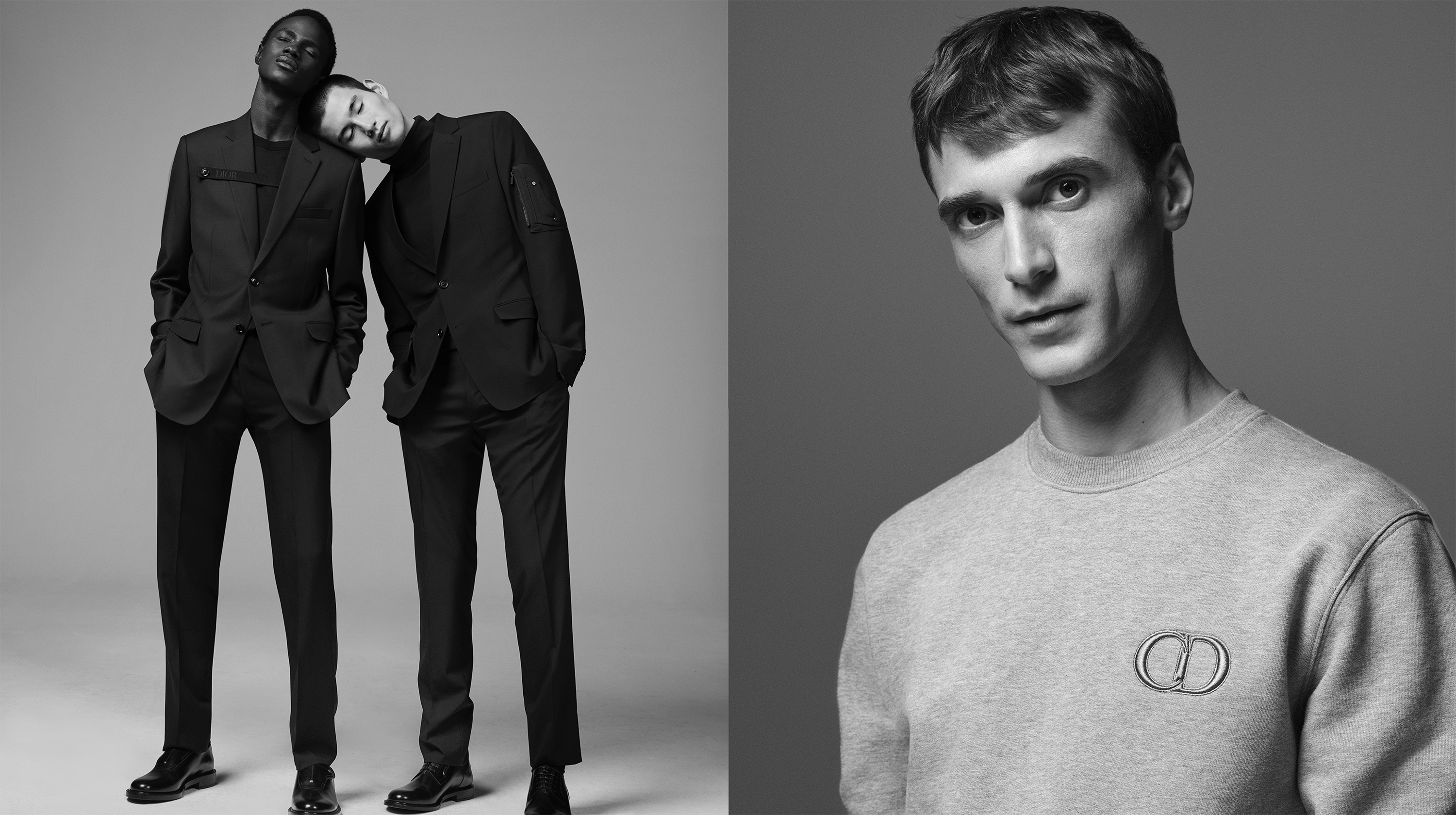 Essential – refers to something which is absolutely necessary and extremely important. A second reading of this underlines the “essence” of an element, in the sense of being fundamental or inherent to its nature.

To beside his collection, Dior men’s Artistic Director Kim Jones has introduced a seasonless collection expressing those fundamental tenets: Dior Essentials. The collection is devised to sketch out the essential lines of masculine attire – its formula, its natural essence – while also distilling the quintessential hallmarks of the House of Dior.

Alongside his seasonal shifts and sense of newness, Christian Dior quickly established iconic codes and signatures within his collections, giving a certain timelessness and eternal allure reflecting the “essence” of the Maison.

Continuing in those footsteps, Jones seeks to span both formal and casual, day and evening, to capture the essence of the Dior men silhouette. Using superlative quality of craft and manufacture, and the excellence of fabrics; delicate poplin, fine cashmere, Japanese denim with a selvage specially woven with the Dior logo, and the house’s identity literally embedded in the cloth Jones plans to focus is on classic colors, timeless shapes, and details that quietly iterate Dior heritage. He also will play with iconic symbols and signifiers from different eras including the house’s unmistakable stamp: the embroidered bee.Drawn from Monsieur Dior’s own attire; the Dior Oblique monogram the crosshatch of the Cannage motif etched into buttons will also be played with. The color palette is focused on classic monochrome, alongside gray and navy – colors innately tied to the aesthetic universe of Dior.