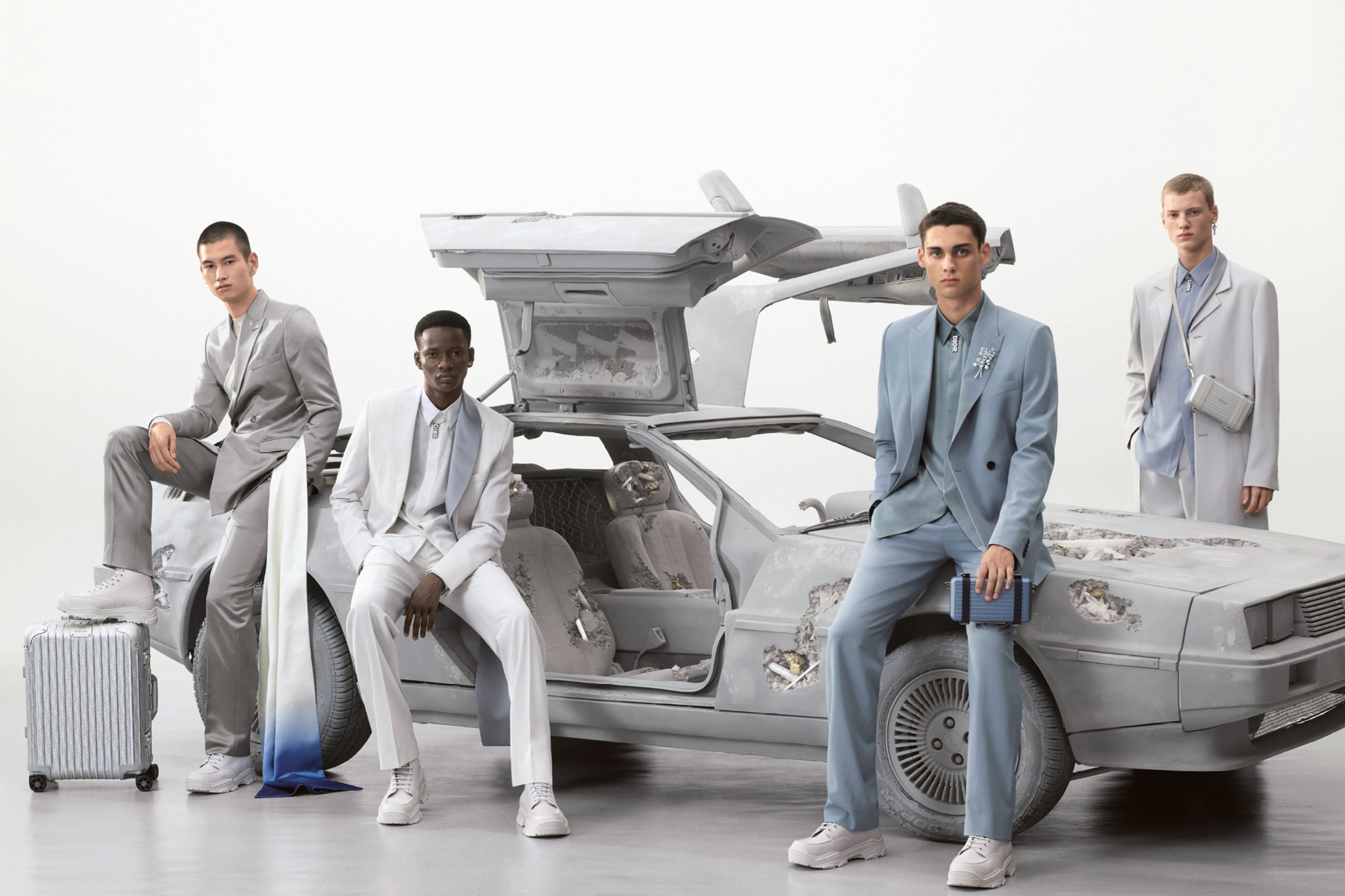 Kim Jones and Dior Men’s goes back to the future for their Spring 2020 campaign.

Led by creative director Ronni Cooke-Newhouse, the campaign draws its energy from its wise use of a minimalist set by Mary Howard. The single set-piece is a sculpture of a DeLorean by American artist Daniel Arsham who also did the set for Dior Men’s Spring 2020 show. Monochrome and crumbling, the classic car is reimagined as an ancient relic, its gray exterior giving way to reveal geological wonders contained within. The car sits against a white background and provides an interesting space for the models to exist within, either sitting on the car or standing in front of it. Often clad in just one color, they fill out this starkly elegant vision of the future.

This campaign succeeds through its understanding of the power of a single piece of art. Arsham’s work has a strong aesthetic identity, and Dior’s creative team is wise to let that singular vision shine through. By putting his pieces in conversation with it, Dior Men’s creative director Kim Jones finds new meaning in his own work, new expressions that could only take shape within such a dialogue. Photographer Steven Meisel captures it all directly but thoughtfully, and the result is a meditative vision of masculinity and change. Where Dior is going, they don’t need roads…