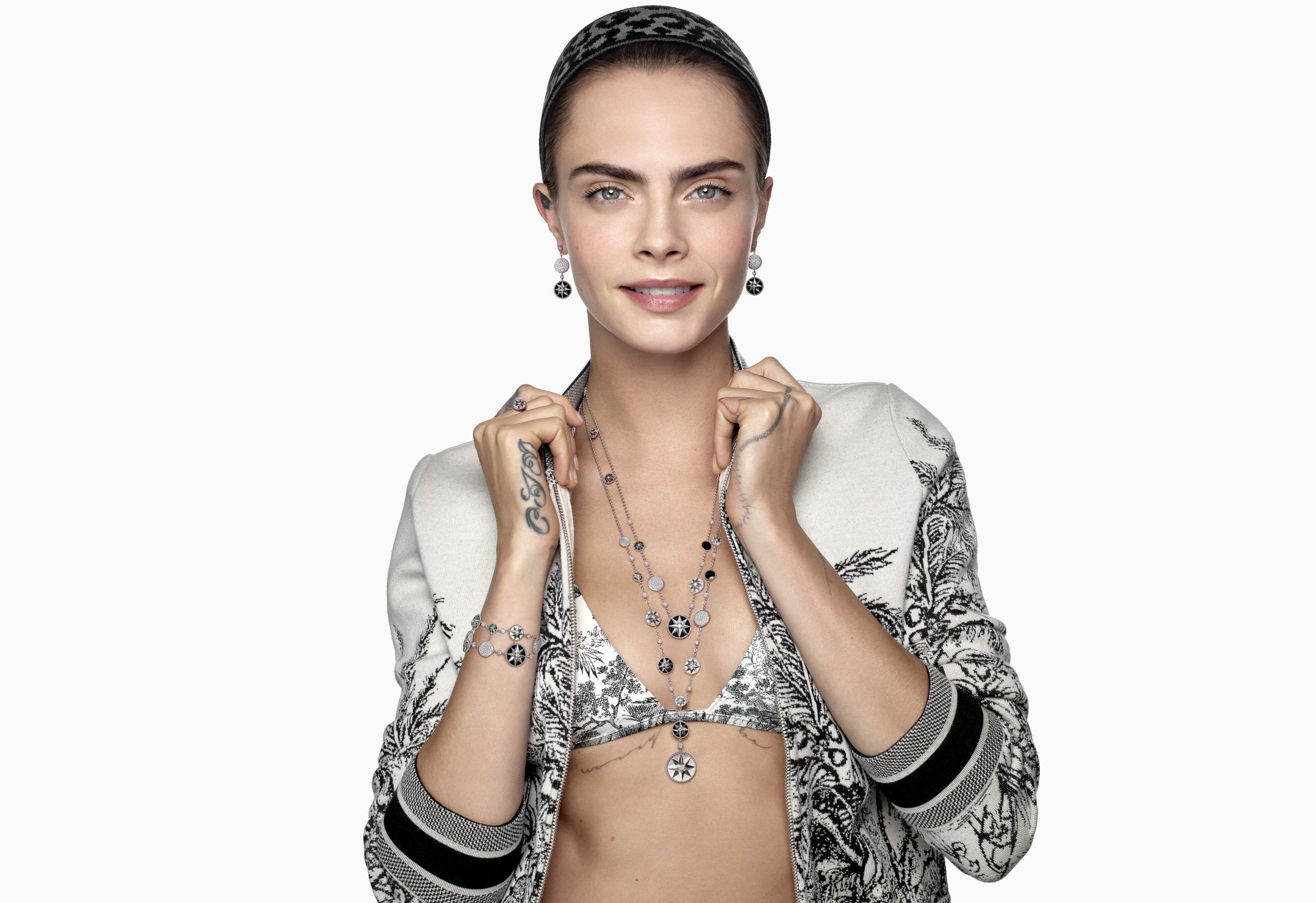 Across the new jewelry collection, designer Victoire de Castellane reimagines Christian Dior’s lucky star in the form of a wind rose—a universal symbol of travel and adventure. The eight-pointed motif combines the couturier’s favorite number (eight), flower (a rose), and symbol (a star) into one timeless design.

Martinez Leclerc captures Cara Delevingne in simple studio portraiture decked out in the new design across necklaces, earrings, rings, and bracelets. Gaimari’s pair of quirky short films see the star playfully interact with the design reimagined as fireworks and a group dancers, but we are a bit awkwardly aware that she’s acting alone in front of a green screen.

The films are a good attempt at crafting visuals out of the design of the star piece itself, but they make it seem like Dior blew their whole budget for the campaign on getting Cara Delevigne, and had to scramble to put the actual imagery together. The campaign might have been better served by relying on something other than a familiar face and lackluster digital effects.