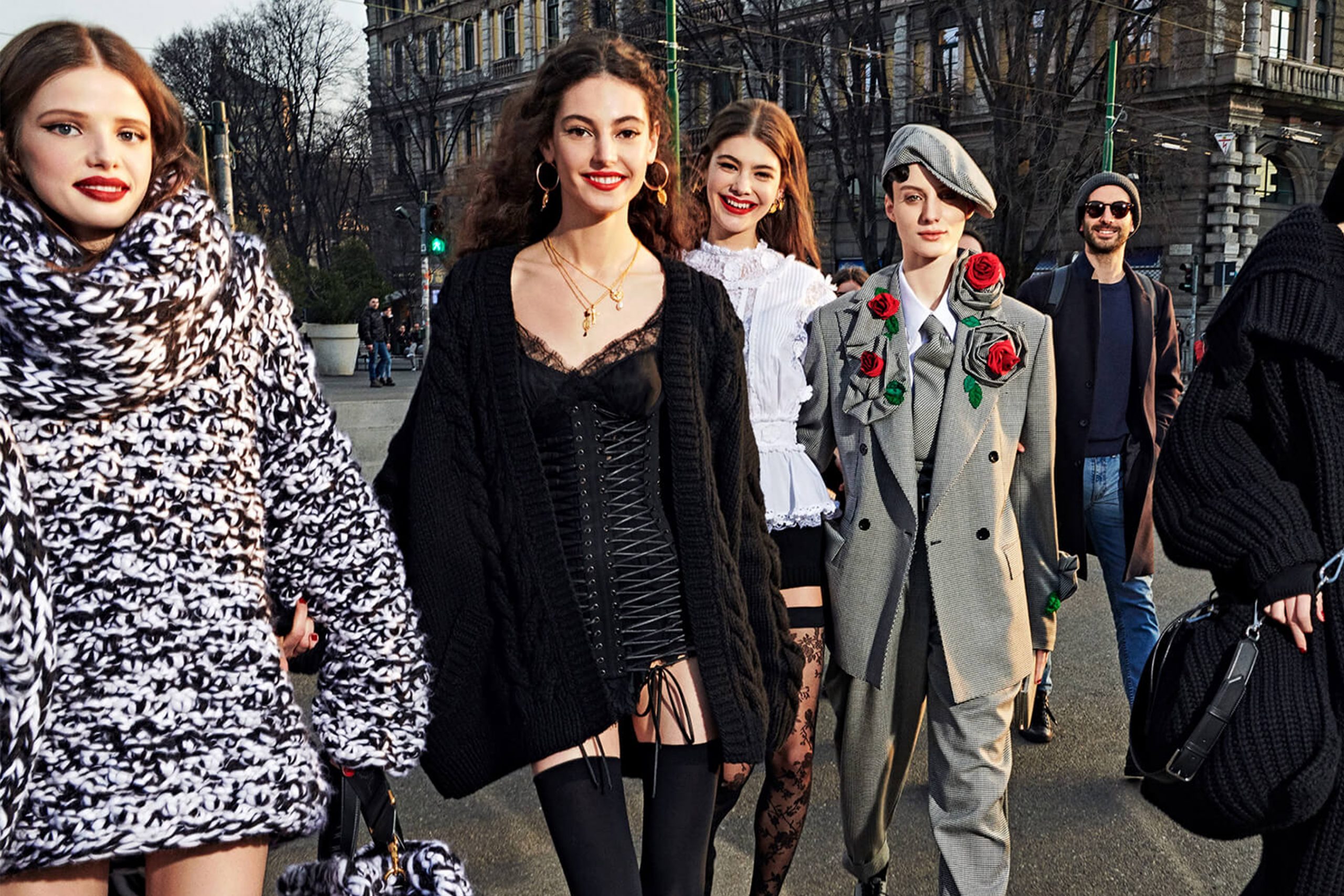 Dolce & Gabbana unveil a pair of new campaigns, a men’s and a women’s, shot by photographer Branislav Simoncik in the brand’s home of Milan. These two Fall 2020 campaigns complement those which were shot in Sicily, and arrived simultaneously.

While the campaign set in Sicily felt historical, quiet, and quaint, this one seeks to capture the colorful energy of the bustling heart of Milan. Simoncik captures large groups of models, their faces brightly lit up with big smiles, as they stroll together down the street. The smiles spread to passers-by, who were encouraged to join in the shoot, and the feeling of cosmopolitan camaraderie that developed organically on the street is palpable in the images.

The collections themselves are quite eclectic, incorporating newsboy caps, all-over wool ensembles, sheer evening dresses, corduroy, lots of leather bags, and much more. Because of this visual multiplicity, combined with the teeming metropolitan background of each photograph, the campaign suffers from a lack of flow and cohesion. Each image draws our attention every which way. While this effect may successfully capture the overstimulating feeling of being on a bustling big-city street, it makes for a campaign that feels lacking in clarity and unity, and difficult to identify with. We feel warmly invited to be a part of this big happy group, yet really would rather run for cover and solitude.

Both the Milan and Sicily campaigns prove that a setting is not enough to be a concept. In the Sicily campaign, the background felt far more interesting than the models and their clothes, and in this campaign the maximalist approach to both cast and setting felt overwhelming. Dolce & Gabbana could greatly benefit from collaborating with outside creative directors or agencies – this could go a long way in transforming the brand’s mere vision into a fully realized work.