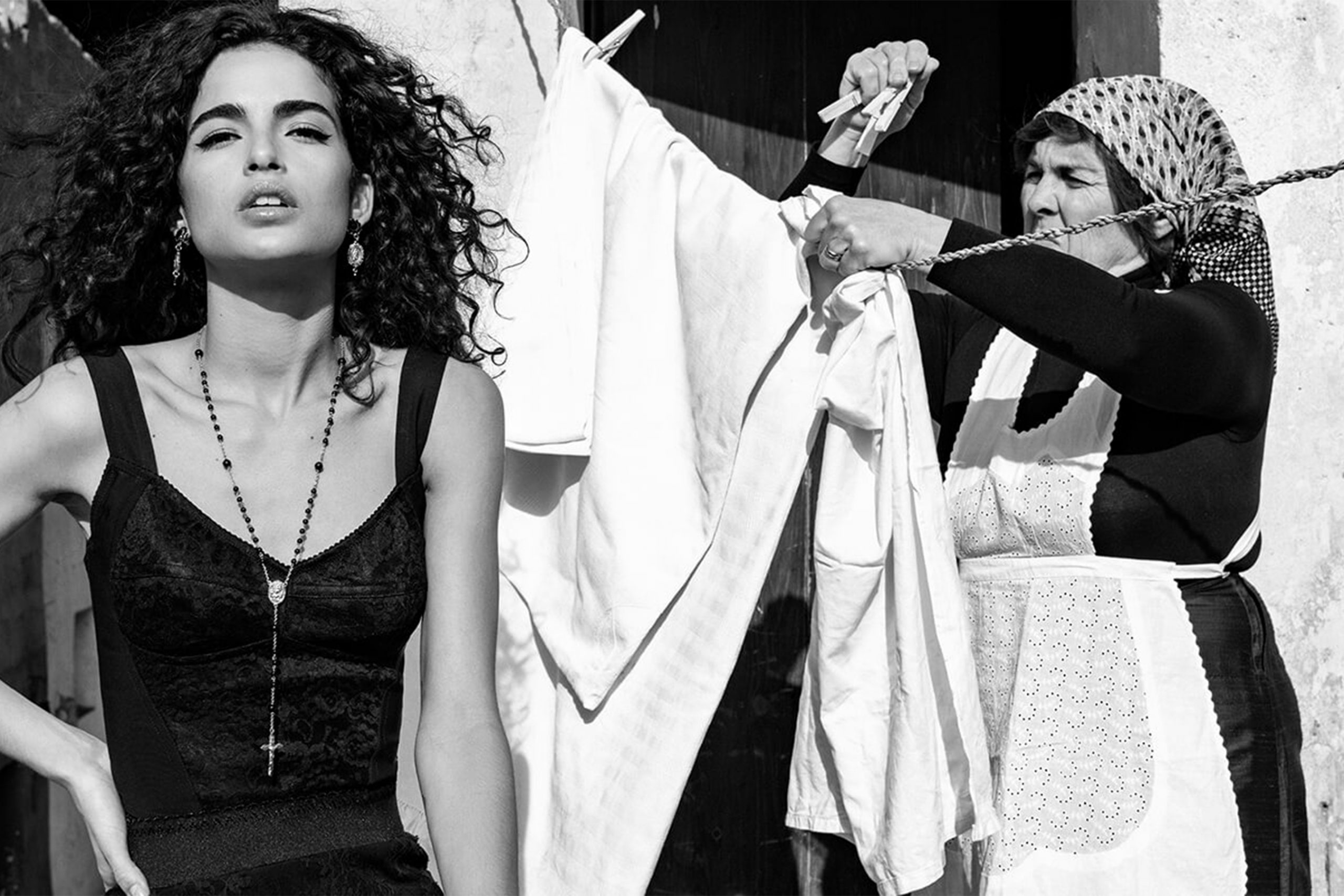 Dolce & Gabbana embrace tradition in two new Fall 2020 campaigns, a men’s and a women’s. Photographed in the small town of Custonaci, Sicily, this set of imagery arrives in tandem with another pair of campaigns set in Milan. Shot by photographer Francesco Finizio, the Sicily-set campaigns feature the craftsmen and artisans keeping Italian cultural and manufacturing heritage alive.

Finizio captures these rustic scenes in rich black and white. For the men’s collection, he captures model Amerigo Valenti as he works alongside a shoemaker, is fitted for a suit at the tailors’, and poses with a goatherd and his impressively shaggy goats. He does not exactly fit into the scenes, but another photo which sees him laughing with some knitting old women could suggest the narrative that he is some sort of distant metropolitan cousin getting in touch with his roots.

Chiara Scelci models the women’s collection, and she seems to stick out even more. Against quotidian, proletarian scenes of pasta baking, clothes mending, and watch making, her glamorous and cinematic beauty – reminiscent of a Fellini heroine – seems wildly out of place. Especially considering how texturally rich and cohesive Finizio’s compositions are, the figure of Scelsi feels quite disruptive of this harmony. It is difficult to suspend our disbelief and recognize any sort of narrative or aesthetic cohesion justifying her presence among these scenes.

It is difficult to view the campaigns and not see these working people as mere props, setpieces against which the actual Dolce & Gabbana values of glamor and beauty vicariously assume some sort of residual traditional nobility.

If Dolce & Gabbana actually wanted to celebrate this community, why not cast members of the community themselves? While the models are certainly beautiful, the background of real-life that they are forced into is far more interesting.