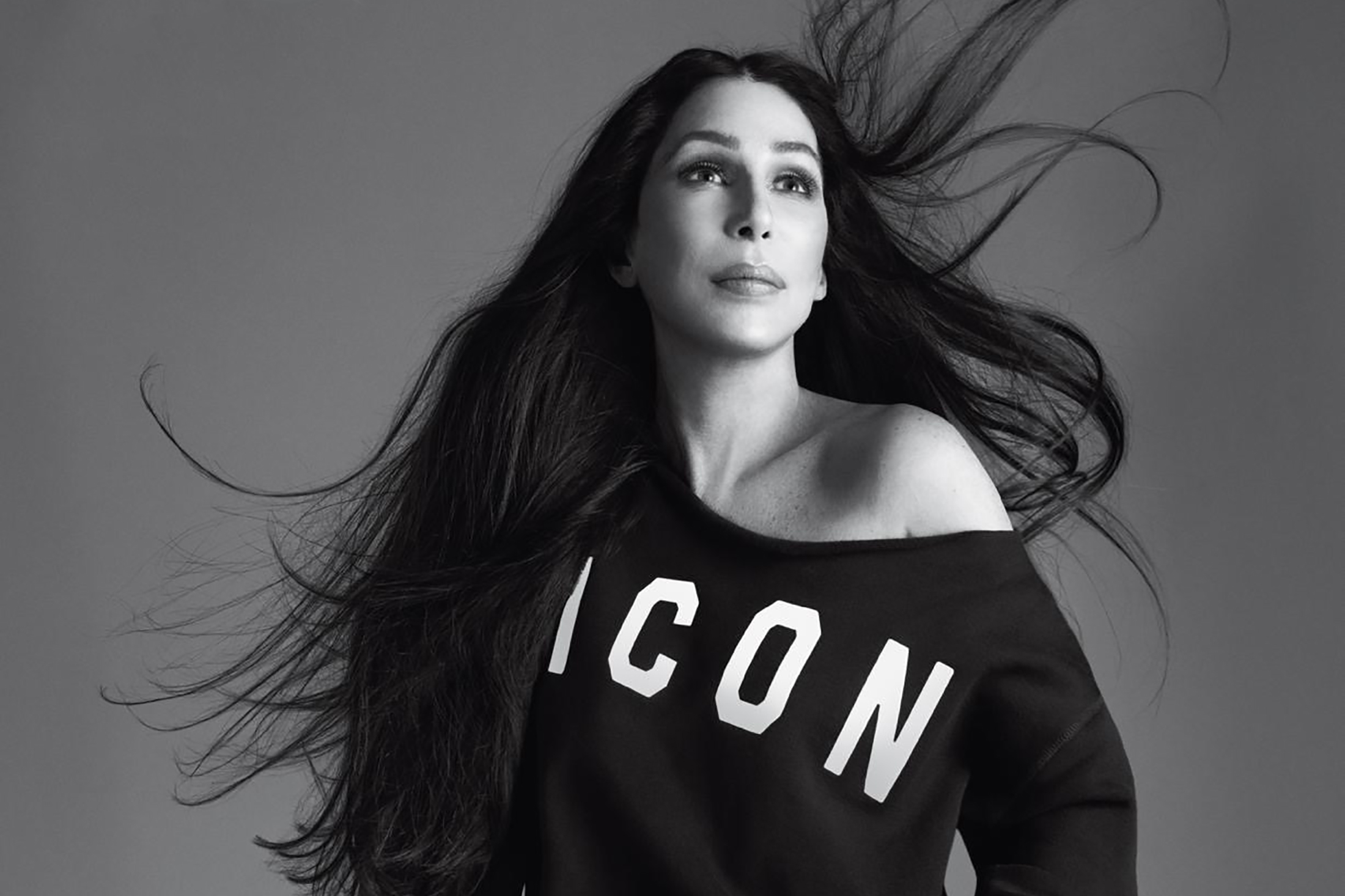 The ad campaign videos have a jazzy talent-show vibe, similar to reality shows like “America’s Got Talent” and “The Voice”, with hints of the original “Star Search” television show from days of yore. Cher is presented in jeans and a simple shirt with “ICON” emblazoned across the front. DSquared2 Creative Directors Dean and Dan Caten describe the reasoning behind this choice:

“Cher is beyond an icon, she is a cultural phenomenon. Everyone knows her for her over the top glamour. For the campaign we wanted her in just jeans and sweatshirt, giving space to her inner light that needs no sparkle.”

In the campaign’s short film, Cher proves that she’s still got the moves. The rest of the cast share their talents in a second tongue-in-cheek short film, which is amusing but in the end really just serves as the 45-second opening act for Cher. Which is of course, how it should be. Our only complaint: we want more Cher!