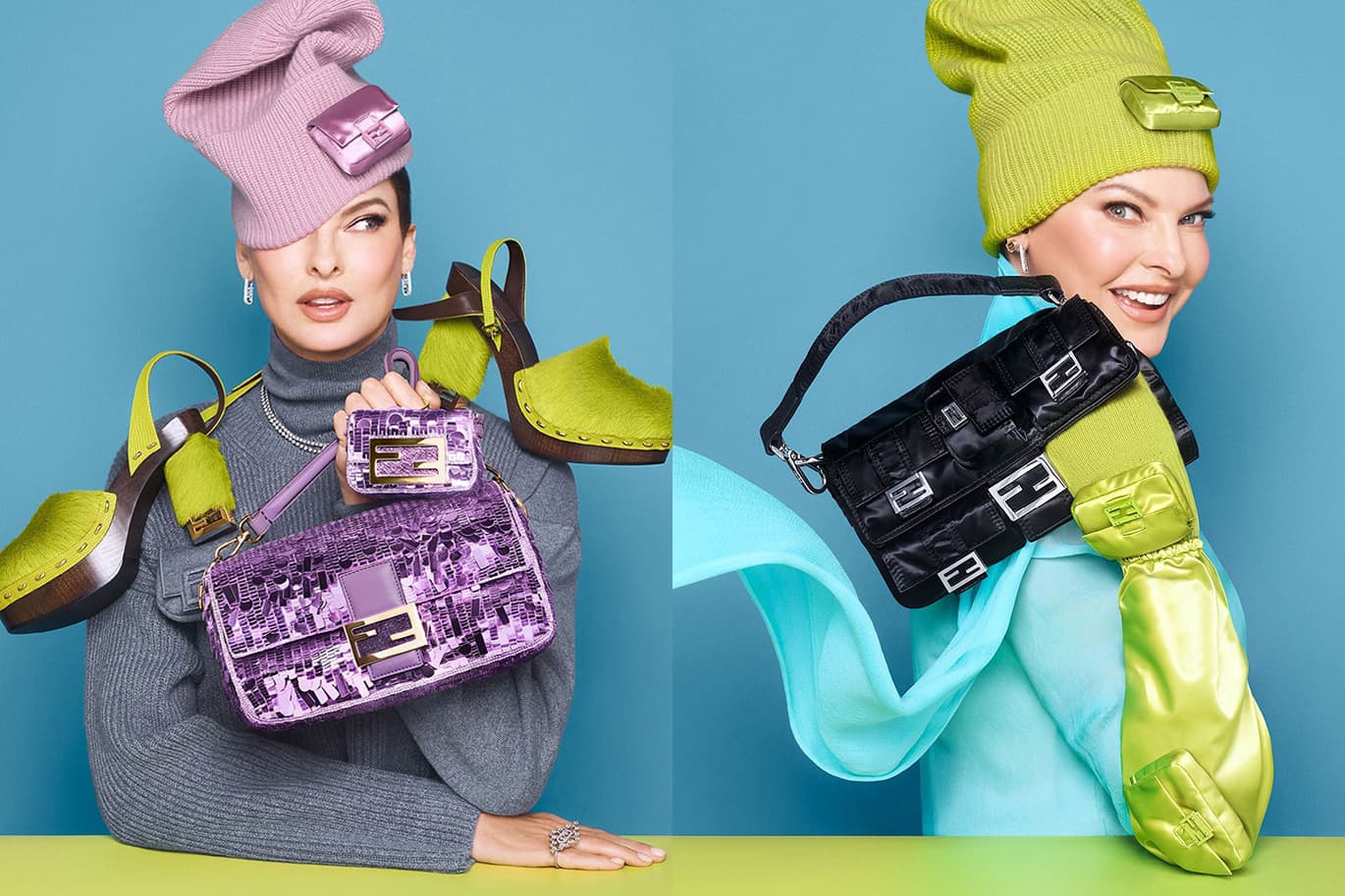 Continuing the 25th-anniversary celebration of the Baguette bag, Fendi follows up its special runway show with a bold and bright new campaign. Iconic supermodel Linda Evangelista, whose presence in the show marked a return to the runway, is captured by photographer Steven Meisel.

Meisel captures the star in vibrant portraits that emphasize the glitter and pop-art pizzazz of the special-edition Baguettes. An accompanying short film infuses the imagery with music and snappy editing, and celebrates the big birthday as Evangelista blows out a cake with 25 candles.

The late-90s revival continues to grow bigger and bigger, and the coincidences around the Baguette seem to mean that this partnership was meant to be: 1997, the year the Baguette debuted, was also the year that the book Sex and the City – the show that introduced the bag to millions – was published, as well as the year Evangelista graced the cover of Vogue. But while the campaign may look fondly backwards at this heyday, it still has plenty of youthful and vibrant energy to go around.