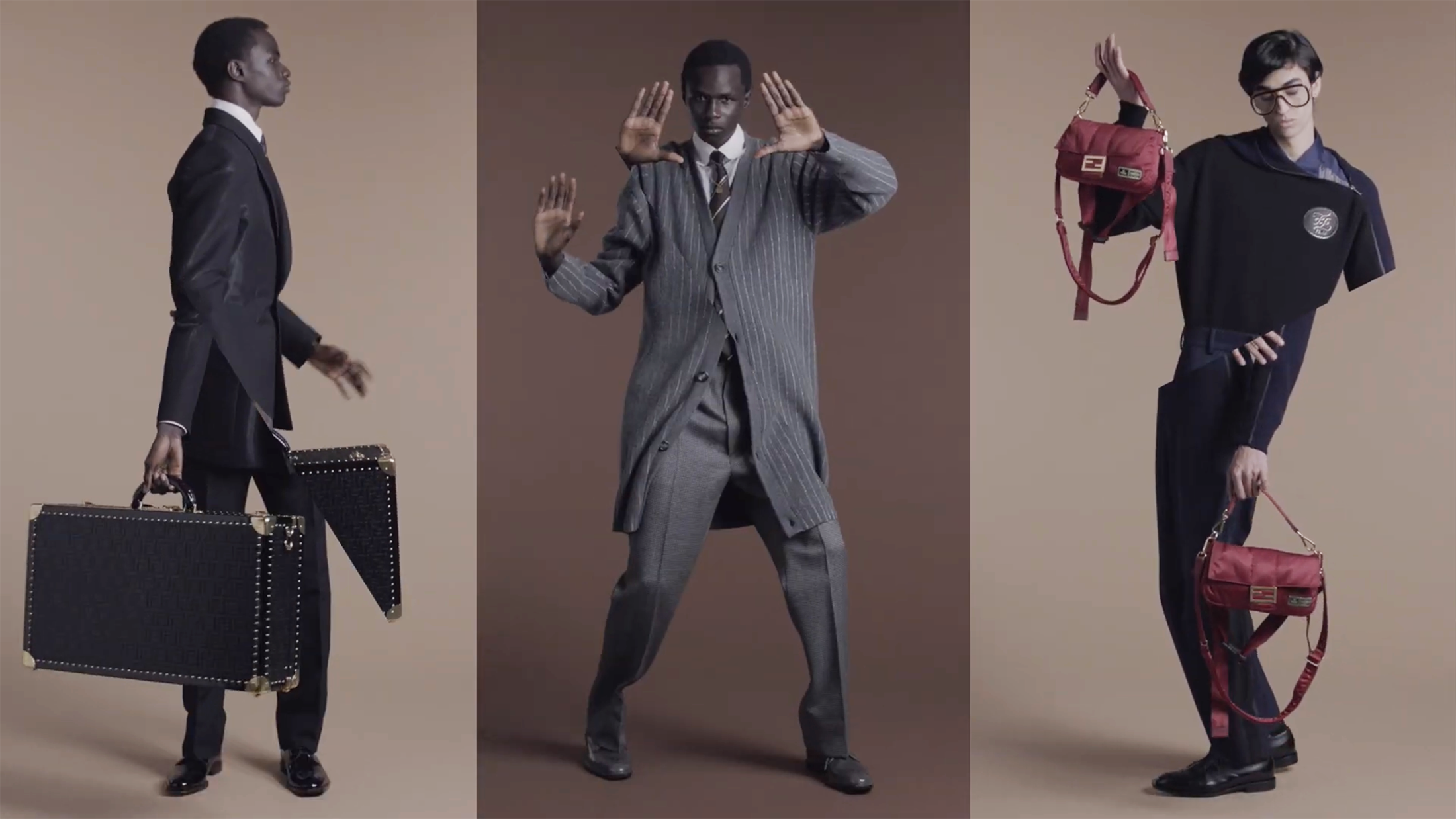 Fendi slices singularity and their own screen unveiling their fall 2019 ad campaign, lensed by Giulio Tami and constructed by Artist Director Nico Vascellari and, his mother-in-law, Creative Director Silvia Venturini Fendi. Vascellari uses his own double personas to place emphasis on and inspire the visualization of human complexity by capturing three individuals, each who’s two halves have their own agenda. Throughout the Fendi ad, split screens of model and featured products embody a disjoined, yet connected duality in the campaign and in life.

As a full time punk artist and full time father of twins, Nico Vascellari understands being a part of two worlds at once. Creative Director Silvia Venturini Fendi notes the contrasting, yet coexisting, two sides of Vascellari: the beast that emerges during his artist work and the loving parent who continually nourishes. His own previous work has tackled similar combinations of opposites. For example, his instillation Revenge in the 2007 Venice Biennale intertwines white noise with recorded musical performances. This ad campaign perfectly envelopes his and many other’s complexity in the action of one taking part in two different roles.

In working with the brand who engraved duality with their symbol of the two “F”’s, Nico Vascellari pushes the fall ad campaign to continue life’s parallel realities that the common person may take on everyday. Mirroring scattered days or the balance of personal and public life, Fendi illustrates scenes such as backwards facing feet conjoined with a torso set on moving forward or a dancing upper half of a body juxtaposed to a lower image of stand still legs and a stationary arm harnessing a handbag.

Fendi and Nico Vascellari utilize the cutting of their screens and such images to transfer the notion that their products can survive in one, both, or any of the worlds one may take part in.